So an industry-funded report found no problem? How novel! And the FDA firmly supporting the industry? How novel!

Government experts and lawmakers clashed at a hearing Tuesday over the safety of a chemical used in plastic baby bottles, as the science indicating health risks seemed not conclusive enough to meet the burden of proof required for a U.S. ban.

The chemical, bisphenol A, or BPA, makes plastic hard and shatterproof and helps prevent corrosion in cans. It is used in hundreds of consumer products, including plastic baby bottles, plastic food containers and soda cans.

The latest concern about BPA emerged in April when the Department of Health and Human Services’ National Toxicology Program released a draft report concluding that small amounts of the chemical could be linked to health and developmental problems. Those problems include early puberty, changes in the prostate gland and behavioral changes found in animal studies that warranted “some concern” for exposure to fetuses, infants and children.

“The possibility that bisphenol A may alter human development cannot be dismissed,” said John Bucher, associate director of the National Toxicology Program, at Tuesday’s hearing.

[From Clash Arises on Safety of BPA in Plastic Items – WSJ.com]

Here is where Senator Clinton can help the nation: pass this bill

Led by New York Democratic Sen. Charles Schumer and supported by fellow New York Democrat Hillary Clinton, the senators want their BPA-Free Kids Act of 2008 to be part of a larger bill that would reform the Consumer Product Safety Commission.

Bills to overhaul the CPSC were passed by the House and Senate in differing forms late last year and earlier this year following a string of recalled children’s products that put the agency under fire. If signed into law, the overhaul would provide the agency with more funding and greater authority, while making data more transparent and boosting fine limitations for manufacturers.

Part of the clash in how the hundreds of BPA studies are viewed stems from the manner in which they were conducted. Many have been small and weren’t conducted according to regulatory standards, critics say. 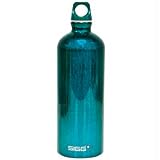 Honesty is the best policy – when there is money in it.