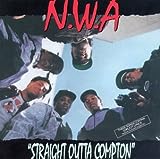 This amuses me, probably for the mental image (rappers in kilts, haggis studded with bling, yadda yadda)

A professor has theorized that rap music, by way of the dozens, originated in medieval Scottish pubs…

According to the theory, Scottish slave owners took the tradition with them to the United States, where it was adopted and developed by slaves, emerging many years later as rap.

Professor Szasz is convinced there is a clear link between this tradition for settling scores in Scotland and rap battles, which were famously portrayed in Eminem’s 2002 movie 8 Mile.

He said: “The Scots have a lengthy tradition of flyting – intense verbal jousting, often laced with vulgarity, that is similar to the dozens that one finds among contemporary inner-city African-American youth.

“Both cultures accord high marks to satire. The skilled use of satire takes this verbal jousting to its ultimate level – one step short of a fist fight.”

and to fulfill any lingering grad student impulses:

The most famous surviving example of flyting comes from a 16th-century piece in which two rival poets hurl increasingly obscene rhyming insults at one another before the Court of King James IV.

Titled the Flyting Of Dunbar And Kennedy, it has been described by academics as “just over 500 lines of filth”.

Right? So just imagine lines like these being recited over a phat beat of knives clanging on a bottle of single malt whisky:

One reply on “Straight Outta Glasgow”

Nothing can be more contemptible than to suppose Public RECORDS to be True.