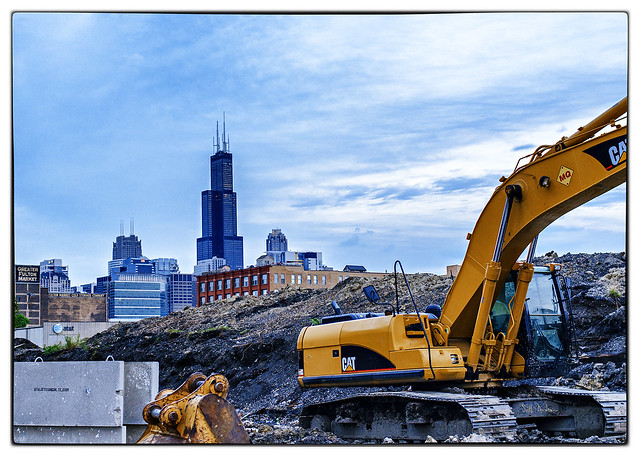 Nothing Ever Stays The Same.

I’ve long predicted this trend – why would anyone willingly work in a soulless suburban office park instead of in a vibrant downtown? Even parents happily enrolling their kids in suburban schools still get bored and head for the city when it is time for some culture. Strip malls  just don’t have the same energy. Cities are not perfect, but they are where the action is.

For decades, most Americans working in metropolitan areas have gone to work outside city centers – in suburban office parks, stores or plants, not downtown skyscrapers. But as people increasingly choose to live in cities instead of outside them, employers are following.

In recent years, employment in city centers has grown and employment in the surrounding suburban areas has shrunk, a striking change from the years before, according to a report published Tuesday by City Observatory, a think tank.

Cities with a high concentration of urban jobs include Austin, New Orleans and Portland, Ore. In Atlanta, Los Angeles and Miami, meanwhile, less than 10 percent of jobs are in the urban core.

The 110-story Willis Tower in downtown Chicago is a microcosm of the shifting geography of jobs. Originally called the Sears Tower, it was built in 1970 by Sears Roebuck and Co. But in 1988, Sears left it for a green suburban campus in Hoffman Estates, Ill. Then, in 2013, United Airlines moved its world headquarters and 4,000 employees into the tower. Other companies like Motorola Mobility and Archer Daniels Midland have also recently relocated to downtown Chicago from suburban campuses.

Chicago has gained more creative jobs, international tourism, university centers and residential development. The Chicago Loop, the city’s central business district, has been transformed from a financial district that emptied at 5 p.m. to a seven-day-a-week entertainment zone, said Aaron Renn, a senior fellow at the Manhattan Institute.

The changes have been driven in part by employees wanting to live and work downtown, said Mr. Renn, who writes the Urbanophile blog: “Today there is more of an expectation on the part of both people and employers that they have to be more flexible and accommodating of their work force.”

(click here to continue reading More New Jobs Are in City Centers, While Employment Growth Shrinks in the Suburbs – NYTimes.com.)

As an aside, this is why I usually find the corporate threats to leave and go somewhere else so hollow – do employees of 3 Initial Corp., or whichever entity currently has their hand out for taxpayer largesse, really want to move to Podunk land? Probably not…

Now, if we could only convince politicians that investment in such urban-friendly items as public transit, infrastructure improvements and the like is good for the long term health of the nation…

Some people walk in the rain, others just get wet.