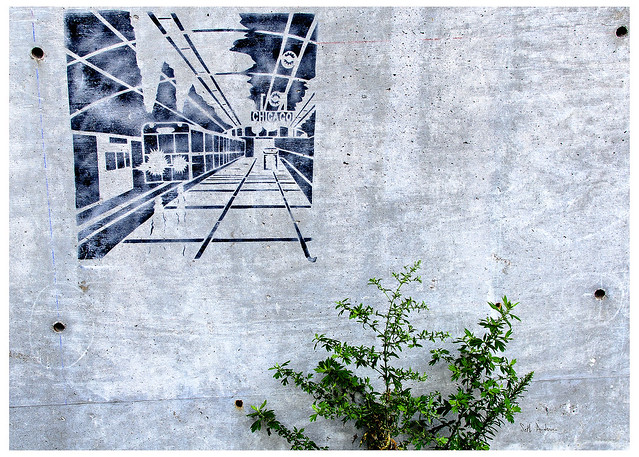 America needs the political willpower to rebuild our crumbling infrastructure, and soon. Tax cuts for the wealthy don’t help when you need to replace lead pipes serving drinking water, nor do tax breaks for wealthy corporations help rebuild bridges about to collapse.

The L-pocalypse is coming, the early effects of the L-pocalypse is here. The New York City subway train is the most direct route between Brooklyn and Manhattan, servicing some 300,000 people every day. News recently leaked that the city’s transit authority, the MTA, is considering shutting the train down as early as 2017 for between one and three years to repair floodwater damage caused by Hurricane Sandy. That prospect understandably has many of those who live, work, or own businesses in north Brooklyn quite upset; Thursday’s meeting of the “L Train Coalition” at Brooklyn Bowl made clear that the dialogue between concerned citizens, elected leaders, and the MTA is going to be contentious, at best.

The upcoming plight of a gentrified neighborhood in New York City is mainly a local story, sure, but as infrastructure crumbles around the United States, pollution worsens, and as climate change brings us ever-increasing and severe natural disasters, cities around the country are going to be faced with very expensive problems for which there are no good solutions.

Surely, similar town hall meetings are playing out around the country, where residents are upset that, through a combination of underfunding, tax cuts, climate change, and simple aging, services that are taken for granted such as functioning roads, subway systems, and lead-free drinking water are no longer a given. 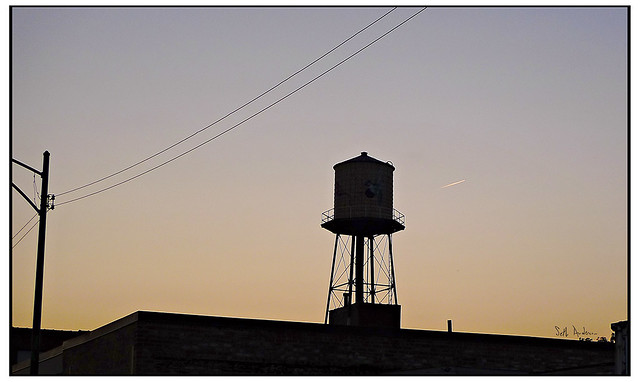 A Screaming Comes Across the Sky

and in microcosm: the water infrastructure of Flint, MI:

Poor political decisions caused the crisis, but it wouldn’t have happened at all if the lead pipes weren’t there to begin with. The current solution is a stopgap—spiking the water supply with an anticorrosive chemical. But if the powers that be want to eliminate the risk completely, they will ultimately have to replace all the lead plumbing. A September estimate, only recently released by Michigan governor Rick Snyder, puts the cost of replacing all the lead pipes in Flint at $60 million. And the project will take 15 years.

The basic challenge: dig up several thousand miles of poisonous pipe buried as deep as dead bodies. Oh, for Pete’s sake. People can only take bottled water baths for so long. “I don’t understand, are they only going to fix four pipes a day?” says Harold Harrington, business manager of Flint’s plumber’s union, the United Association Local 370. He says with the right kind of investment, the city—or state, or whoever ends up taking responsibility—could move a lot faster.

Most of the corroded pipes in Flint—20,000 to 25,000 in total—are what is known as service lines. These are one inch in diameter, and connect homes to the larger, main pipes running under the middles of streets. (The mains are cast iron.) Because Flint is in Michigan, and Michigan is a very cold place, the service lines have to be buried about three and a half feet deep, below the frost line. “But most of the main pipes are between five to seven feet deep, so the service lines are at a similar depth,” says Martin Kaufman, a geographer at the University of Michigan-Flint. So that’s the basic challenge: dig up several hundred miles of poisonous pipe buried as deep as dead bodies.

Before calling in the backhoes, somebody needs to figure out where all those pipes are buried. Not just which houses they’re in, either. Remember, the pipes are an inch wide, and buried under roads, sidewalks, and front lawns, beneath lattices of cables, fiber optic wires, and gas lines. Digging in the wrong place would be both dangerous and expensive. Kaufman is one of those in charge of figuring out where all the lead pipes are buried, but the pipelayers of yore didn’t do him many favors. “The recordkeeping of the city is not very good,” he says. “They kept information on three by five index cards, a lot of which are smeared.” The only definite way to check if a pipe is lead or not is to scrape the pipe’s interior as it comes into the house. “If the residue is gray and nonmagnetic, it is lead,” he says.

Replacing a typical service line takes three people. “You need an operator to run the equipment, one guy hand digging to make sure you don’t get into any other utilities, and another guy getting the floor busted out in the basement,” says Harrington. As long as they don’t run into any problems, the whole job should take the team about half a day. Harrington estimates that he could reasonably call in about 20 such teams to work full time until the job is done. Assuming the rate is forty pipes a day, roughly 249 days a year (nights and weekends, y’all), the Flint plumber’s militia could bang the job out in just over two years.

Harrington says digging up and replacing a forty foot length of lead pipe costs around $3,000. This does not take into account externalities like repaving streets and sidewalks, fixing any damage done to the home, and resodding lawns. Multiply $3,000 by 20,000 pipes and you get $60 million dollars—which suggests that the figure quoted in Michigan governor Snyder’s email is probably a lowball.

(click here to continue reading Here’s How Hard It Will Be to Unpoison Flint’s Water | WIRED.) 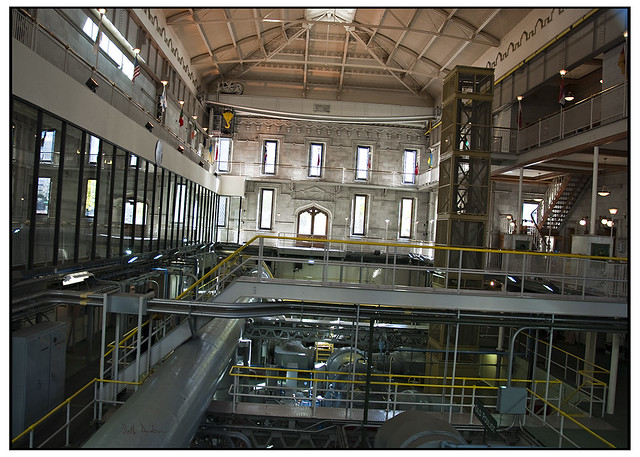 How many communities in America need new water lines? Nobody is quite sure, but it is a lot.

It’s a problem that’s much bigger than Flint: there are millions of lead pipes all across America, putting children at risk of stunted growth, brain damage and a lifetime of diminished potential. Just this week, residents of Sebring, a town of 8,000 in rural Ohio, were told not to touch their tap water out of lead fears similar to Flint’s.

“This is a situation that has the potential to occur in however many places around the country there are lead pipes,” Jerry Paulson, emeritus professor of pediatrics and environmental health at George Washington University, said in an interview. “Unless and until those pipes are removed, those communities are at some degree of risk.”

Roughly 10 million American homes and buildings receive water from service lines that are at least partially lead, according to the Environmental Protection Agency. Service lines are the pipes connecting water mains to people’s houses. Lead ones are mostly found in the Midwest and Northeast.

Despite the life-altering consequences of lead poisoning, there is no national plan to get rid of those pipes. A top reason for continuing to use lead service lines instead of immediately digging them up is that utilities can treat water so it forms a coating on the interior of the pipes — a corrosion barrier that helps prevent lead particles from dislodging and traveling to your faucet. But if the water chemistry changes, the corrosion controls can fail.

(click here to continue reading Lots Of Cities Have The Same Lead Pipes That Poisoned Flint.) 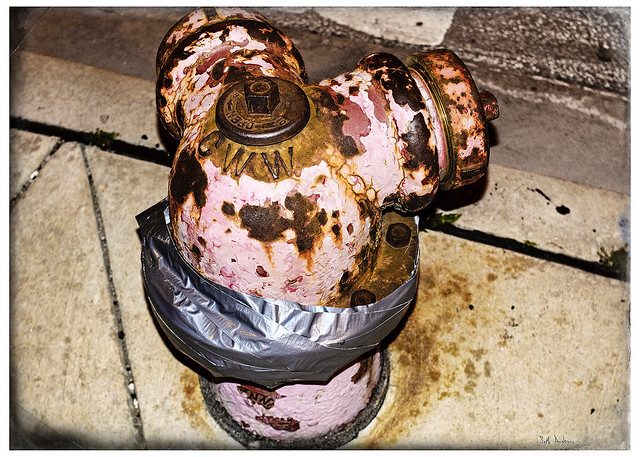 In the old, can-do America, both political parties would agree that fixing dilapidated infrastructure would be a good national goal, and would seek consensus on how to ramp up the work force and financing for the project. In the sad, tired America of the 21st C.E., seemingly only Bernie Sanders even brings the topic up. Consider all the good paying jobs, in communities all around the country, that would benefit from fixing roads, bridges, sewer lines, power grids, water lines, bullet trains, and so on and so forth. Why is it a partisan struggle to even discuss the future? Sure, we are talking about hundreds of billions of dollars, or even more, but so what? Do Wall Street corporations and the oil industry really need more tax breaks to remain in business?