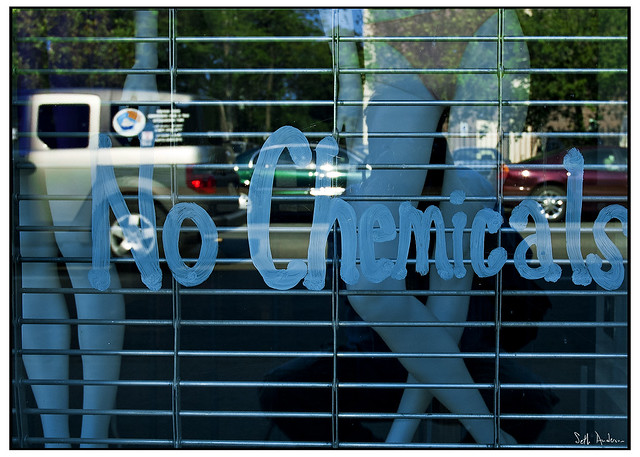 Surprising nobody, the EPA and Texas governor are sweeping any discussion of toxicity under the concrete.

A toxic onslaught from the nation’s petrochemical hub was largely overshadowed by the record-shattering deluge of Hurricane Harvey as residents and first responders struggled to save lives and property.

More than a half-year after floodwaters swamped America’s fourth-largest city, the extent of this environmental assault is beginning to surface, while questions about the long-term consequences for human health remain unanswered.

County, state and federal records pieced together by The Associated Press and The Houston Chronicle reveal a far more widespread toxic impact than authorities publicly reported after the storm slammed into the Texas coast in late August and then stalled over the Houston area.

Nearly half a billion gallons of industrial wastewater mixed with storm water surged out of just one chemical plant in Baytown, east of Houston on the upper shores of Galveston Bay.

Benzene, vinyl chloride, butadiene and other known human carcinogens were among the dozens of tons of industrial toxins released into surrounding neighborhoods and waterways following Harvey’s torrential rains.

In all, reporters catalogued more than 100 Harvey-related toxic releases — on land, in water and in the air. Most were never publicized, and in the case of two of the biggest ones, the extent or potential toxicity of the releases was initially understated.

Only a handful of the industrial spills have been investigated by federal regulators, reporters found.

Disturbing, and portent of massive human misery to come, especially if the GOP controls the environmental inspectors. Profits over people, always, is the Republican agenda.

Clothes make the man. Naked people have little or no influence on society.