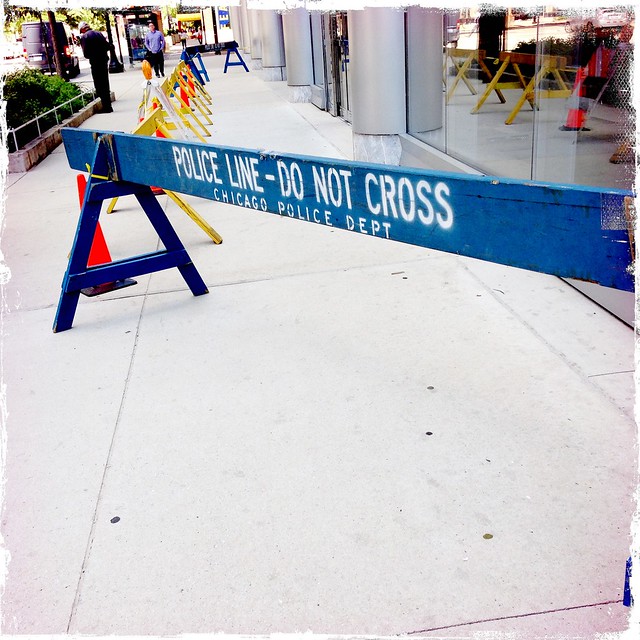 Police Line – Do Not Cross

I’m with the ACLU on this:

A [questionable] new study blames Chicago’s sudden spike in gun violence in 2016 on the dramatic drop in street stops by Chicago police that year, but several crime experts quickly discounted its findings, particularly its conclusion that the Laquan McDonald scandal wasn’t a factor.

But the ACLU and several crime experts who reviewed the study at the Tribune’s request questioned its findings.

“They’re more or less suggesting that working in an unconstitutional police department is worth the trade-off,” said John Eterno, a criminal justice professor at Molloy College in Rockville Centre, N.Y., and a former captain with the City of New York Police Department. “If you’re going to be doing 40,000 stops a month … you have to have reasonable suspicion on every one of those 40,000 stops.”

Karen Sheley, an ACLU staff attorney who is overseeing the agreement with Chicago police, dismissed the study as “junk science.”

“This particular viewpoint is both insulting to officers who follow the law on a regular basis and ignores the harm, including the public safety, to the communities who are most impacted by police work,” she said.

The study’s authors are law professor Paul Cassell, a former federal judge appointed by President George W. Bush, and economics professor Richard Fowles, who specializes in statistical analysis. The two also published a study last year arguing that the longstanding Miranda warnings for suspects in custody — that they have the right to remain silent — have “handcuffed” police officers across the country.

The experts who reviewed the study questioned its main conclusion — the strong link between street stops and homicides. In 2017, by comparison, street stops increased only slightly, yet homicides fell by more than 100.

“I’m very concerned about what they see from that one year and suddenly they make all these claims, which is just so wrong,” said Eterno, the Molloy College professor. “You can’t really make claims about any type of trend or anything that’s going on based on the one-year change.”

Others pointed to New York, where homicides remained low even when the number of stop-and-frisks fell sharply.

I don’t want to live in a police state where basic civil liberties have been suspended, and a militarized armed police has free reign to terrorize each and every citizen with the assumption that this and only this is the way to reduce violent crime. That is not America, that is a totalitarian hellscape.

How about we reduce the number of guns held by citizens instead? Well regulated militia and all that.

You know the NRA and its allies in the media and in Congress will be citing Cassell/Fowles this month until their neck veins are bulging.