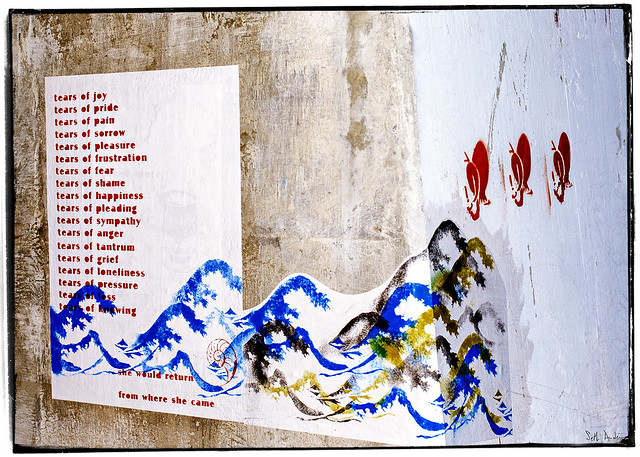 she would return from where she came…

Like a great number of other folks, I watched the 60 Minutes interview with Stormy Daniels. Mostly she confirmed what had been reported elsewhere (topics like: spanking Trump with a magazine that had his face and his daughter’s on the cover; watching Shark Week with The Orange Dotard; the promise of Celebrity Apprentice appearance dangled in exchange for sex, etc.). What was new to me was the1 threat of violence in a parking lot, and that Trevor Potter thought there was a credible case of campaign finance malfeasance, especially on the part of Michael Cohen.

Stormy Daniels’s 60 Minutes interview was, in its way, fascinating. But it ultimately failed to shed light on the two most interesting questions posed by this entire imbroglio, presumably because Daniels herself doesn’t know the answer.

How many other sexual partners has Trump paid hush money to? How many foreign intelligence services know about one or more of those women?

It also contradicts Steve Bannon’s remarks in Fire and Fury when he says that another Trump attorney, Marc Kasowitz, “has gotten him out of all kinds of jams. Kasowitz on the campaign — what did we have, a hundred women? Kasowitz took care of all of them.” And the National Enquirer appears to have paid $150,000 to former Playboy centerfold Karen McDougal to try to keep her quiet.

Now, obviously, nobody seriously believed that Trump was chaste and pure as the driven snow before we heard from Daniels. He’s never really tried to sell himself as a family man in the traditional sense and wears the hypocrisy of his political commitment to abortion restrictions and abstinence-only sex education very lightly. All that said, for one reason or another, Trump is clearly quite committed to trying to prevent his former partners from discussing their dalliances in public. He and his associates are willing to put cash on the line for this, threaten massive legal consequences, and perhaps even engage in acts of physical intimidation.

Trump has secrets that he regards as worth keeping.

And while that put Daniels under pressure, it means that entities with more power and sophistication than an adult film actress can use those secrets to put pressure on Trump. The president has successfully cultivated an image as so flaky and incompetent that his many baffling decisions on the world stage — from leaking Israeli intelligence to the Russian foreign minister to undercutting his own administration’s policy on Qatar to mysteriously leaving Japan off a list of allies exempted from steel tariffs — generally get written off as evidence that he is flaky and incompetent rather than being actively manipulated by foreign actors.

Maybe that’s all it is. Maybe Daniels and McDougal are the only women he’s ever paid off. Or maybe there are others out there but nobody from Russia or the United Arab Emirates or the Mossad or whoever hates the Japanese steel industry found out about it. Anything’s possible. But I have my doubts.

Again, with emphasis: Trump has secrets that he regards as worth keeping.

He’s willing to pay to keep his secrets secret. How many secrets are there? And who holds the details? 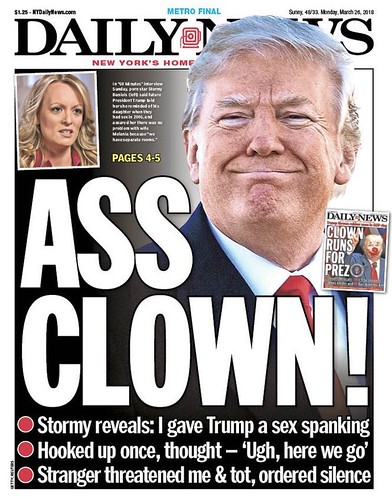 Daniels says she would recognize the man if she saw him again, but does not know who it was. There is a lot of reason to suspect Cohen had something to do with the threat. Cohen is a Trump cultist, whose legal skills, such as they are, compose a small portion of his value to the Trump organization. His true value is as a goon. “If somebody does something Mr. Trump doesn’t like, I do everything in my power to resolve it to Mr. Trump’s benefit,” Cohen said in 2011. “If you do something wrong, I’m going to come at you, grab you by the neck and I’m not going to let you go until I’m finished.” In 2015, he told a reporter, “I’m warning you, tread very fucking lightly, because what I’m going to do to you is going to be fucking disgusting. You understand me?”

Intimidating and threatening people who get in Trump’s way seems to be a recurring theme in his business interactions. There are many documented instances of this behavior. One victim of Trump’s shady financial maneuverings in Atlantic City received a phone call and was told, “My name is Carmine. I don’t know why you’re fucking with Mr. Trump but if you keep fucking with Mr. Trump, we know where you live and we’re going to your house for your wife and kids.” 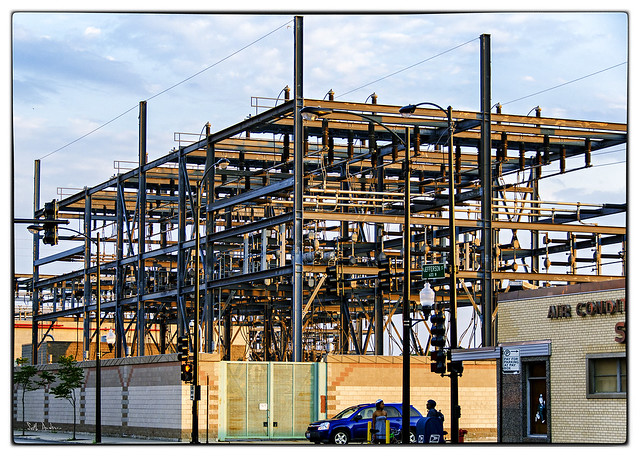 On the campaign contribution subject:

The government watchdog group Common Cause argues that the payment was intended to influence the 2016 election by silencing Daniels and therefore was an illegal in-kind contribution to Trump’s campaign. Cohen has called the Common Cause complaints “baseless.”

On “60 Minutes,” Trevor Potter, a chairman of the FEC appointed by President George H.W. Bush, said he thinks the payment could be seen as a campaign contribution and could create an “enormous legal mess” for Cohen and Trump. He said the problem is particularly acute for Cohen if he was not reimbursed because he far exceeded the individual legal gift limit. 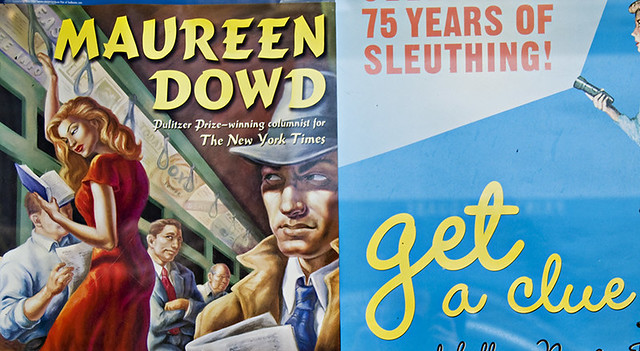 MoDo – Get a Clue

On abortion-as-kompromat, Maureen Dowd wrote back in April, 2016:

In an MSNBC interview with Chris Matthews, the formerly pro-choice Trump somehow managed to end up to the right of the National Right to Life Committee when he said that for women, but not men, “there has to be some form of punishment” if a President Trump makes abortion illegal.

Trump quickly recanted and even told CBS’s John Dickerson that “the laws are set. And I think we have to leave it that way.”

Given his draconian comment, sending women back to back alleys, I had to ask: When he was a swinging bachelor in Manhattan, was he ever involved with anyone who had an abortion?

“Such an interesting question,” he said. “So what’s your next question?”

(click here to continue reading Trump Does It His Way – The New York Times.)

People everywhere confuse what they read in newspapers with news