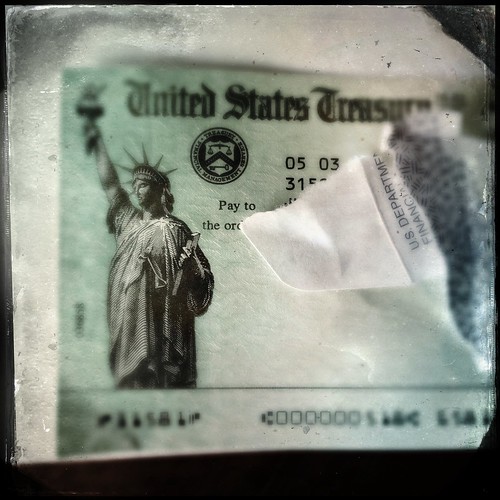 Joshua Holland of The Nation reports:

But it’s the brazenness with which the Republican Party abandoned any last remaining pretense of caring about deficits or federal spending that may come back to haunt them, and mark a shift in the political landscape around taxes and spending. It goes further than the $1.9 trillion in additional deficits, including higher payments on the national debt, that the Congressional Budget Office (CBO) projects will result from the tax bill over the next 10 years. When the nonpartisan number crunchers evaluated the fiscal impact of all of the legislation passed since mid-2017, including new spending, their analysis found that the GOP will add $2.6 trillion to the deficit over that period. What’s more, as Catherine Rampell noted in The Washington Post, that assumes that the economy will continue growing apace, and that the “temporary” individual tax cuts will expire according to the written law. But recent history suggests otherwise—most of George W. Bush’s budget-busting cuts were made permanent under Obama. In CBO’s worst-case scenario, “deficits would be larger by an average of a full percentage point of GDP, rising by a total of $2.6 trillion to yield a cumulative deficit of nearly $15 trillion” over the next 10 years.

Then, having created massive deficits for as far as the eye can see, House Republicans had the chutzpah to try to pass a constitutional amendment that would bar future Congresses from running any deficits at all. It’s a remarkably stupid policy. Running deficits isn’t inherently a bad thing if the purpose is to stimulate the economy during a recession or address a national emergency. The problem with these deficits is that they come at a time when the economy is growing and mostly just enrich the wealthy and pump up corporate profits.

(click here to continue reading The GOP Tax Cuts Are Such a Blatant Scam That They Might Change the Whole Conversation | The Nation.)

And as Holland mentions in his article, Democrats like Senator Brian Schatz note the GOP fiscal hypocrisy. 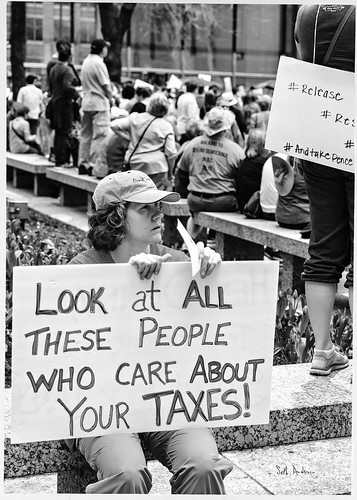 But overall, Schatz sees little appetite from his Republican colleagues to reform the system. And with hastily passed GOP tax cuts estimated to add $1 trillion to the national deficit over the next decade, Schatz said he’s not yet going to wade into details of how he’ll pay for his plan because he thinks there’s a double standard with Republicans and Democrats.

“I don’t play the pay-for game. I reject the pay-for game,” he said. “After the Republicans did the $1.5 trillion in unpaid-for tax cuts, and as we’re doing a bipartisan appropriations bill — which I support — which is also an increase in federal spending [that’s] unpaid for … I just reject the idea that only progressive ideas have to be paid for. We can work on that as we go through the process, but I think it’s a trap.”

And he’s under no impression that his bill will gain traction in the current Republican-controlled Congress, especially given the tumult of news swirling around President Donald Trump and few signs from Republicans that they’re going to seriously entertain the issue.

“One of the things I have observed among Republicans — and part of it is that they’re just unserious about governing in the first place, but I certainly observed on health care that they had no actual legislative program once they got the gavels,” Schatz said. “And I think it’s important for us to draw a clear contrast with Republicans over the rest of the year, but also be ready to govern.”

Poverty, of course, is no disgrace, but it is damned annoying.