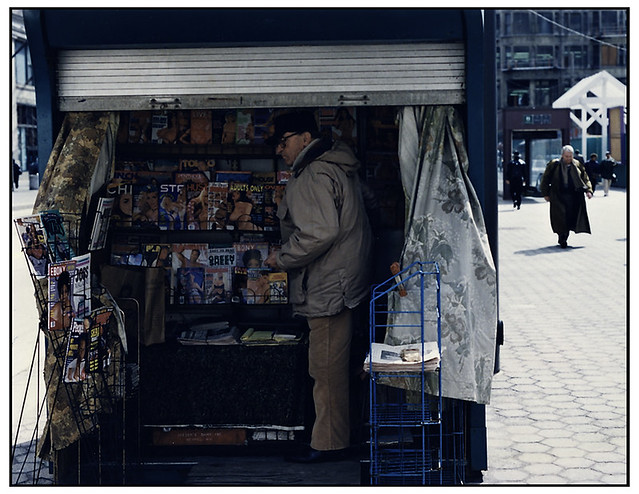 Yet the A section of the paper, the daily news section, remained color-averse. It wasn’t until Oct. 16, 1997, that the first color images graced the front page of The Times. (The Times Magazine had used color at various times since 1933.)

Until autumn of that year, New York was the only major city in the nation that did not have a newspaper printing full-color news photographs each day. USA Today had been producing color in its pages since its first issue in 1982. So what took the daily edition of The Times so long

Amusingly, I was a paid focus group member for consultants working for the NYT around this time (probably a couple of months later), and discussed this decision. I still laugh – the focus group was about the digital edition of the NYT, and there was one curmudgeonly older-than-me woman who was sour on everything about it. I mean, every topic brought up she was against. Finally I blurted out, “did you like it when the NYT put color photographs?” and the woman vehemently disagreed with the very thought of color in her newspaper. The consultants who were running the meeting both looked at each other, and scribbled furiously in their notebooks.

I was in the death struggle with self: God and Satan fought for my soul those three long hours. God conquered — now I have only one doubt left — which of the twain was God?