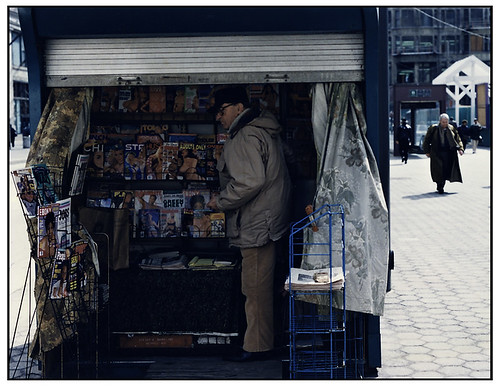 Surprising nobody, today there was yet another departure from the Trump White House of Best People.

That short span in President Donald Trump’s warm embrace isn’t of note, really. The White House is essentially an outsized meat grinder, beset by chaos, backstabbing and incompetence and managed by someone who has little interest, and thus a woeful lack of managerial experience, in building strong teams. The practical implications of this are a dearth of expertise, loyalty, productivity and accomplishments — bad for any organization of any stripe.

For all of that, Shine’s departure isn’t a surprise. What is compelling about the end of his run is that he came from Fox, and packaging and promoting Trump at the expense of truth, justice and the American way was familiar territory for him. Shine and his Fox team pursued this with real gusto. As Jane Mayer pointed out in the New Yorker this week, Shine was responsible for defining Fox’s brand by overseeing its morning and evening talk shows (Fox’s straight-news operation, populated by many talented, fair-minded people, wasn’t part of his purview). And as Margaret Sullivan, the Washington Post’s media critic, noted this week as well, Shine’s handiwork — Fox’s talk shows — often are fact-free zones that allow the network to essentially function as “Trump TV.” 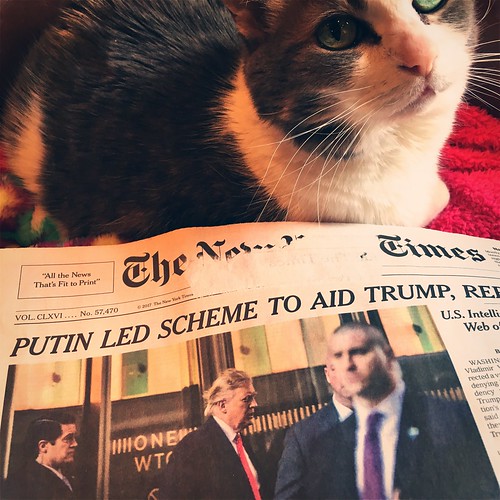 Or as Greg Sargent of the Washington Post puts it:

But the question is, what could get it done? Consider the headlines we’ve seen in recent days. Some of the most unflattering ones are just straight reporting of ways in which Trump has failed by his own metrics. For instance, migrating families arriving at the border just spiked to new highs — meaning Trump’s efforts to deter them from coming through all manner of cruelty have failed. When those numbers were low, he saw that as a sign that he was succeeding. But now they’re spiking. This is just a factual matter that no amount of magical spinning can make disappear.

On North Korea, Trump got slammed with headlines after his efforts at a deal with North Korea abruptly collapsed. But it was Trump himself who inflated expectations by absurdly blustering early on that “There is no longer a Nuclear Threat from North Korea.” This also led to more bad headlines when administration officials were forced to contradict it.

Then there’s the trade deficit in goods. It has now ballooned to its largest point in U.S. history. This is a fact that Trump’s own Commerce Department announced. It has always been idiotic of Trump to invest this metric with the importance that he has, but he did that, and so he is failing by a metric that he established for himself, out of folly and ignorance. No amount of magical spinning can make that disappear, either.

Also on trade, Trump is getting hammered by headlines reporting that he’s likely to end up making a face-saving deal with China that doesn’t produce the concessions he originally wanted. But it’s Trump who sold himself as the Greatest Dealmaker in History, then launched us into a trade war while absurdly claiming that “trade wars are good, and easy to win.” This guaranteed that the headlines showing the damage being done by those trade wars, and the failure to secure the deal he wants, would be all the more brutal. Trump’s total lack of interest in learning the complexities of issues, and his unshakable confidence in his ability to bluster his way through anything, is the problem here.

But it turns out that there’s a whole news media outside that feedback loop that is telling the truth about Trump’s presidency, and the results are unflattering to him. And not even a former Fox News executive was able to do anything about it.

Trump is mad that nobody is capable of spinning all the shit he spews into golden threads. If he finds such a miracle worker, he better pay better than the going rate…