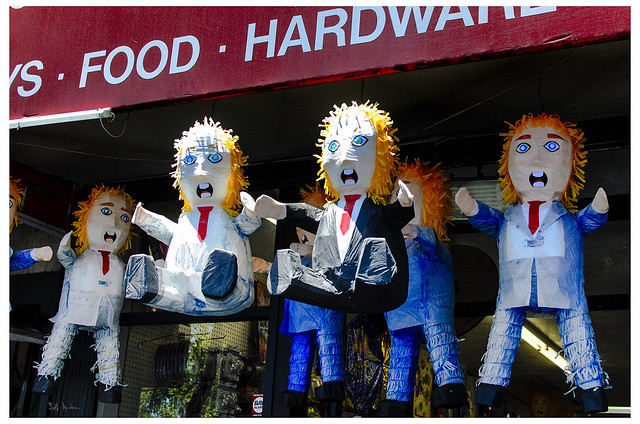 Despite my misgivings, I ended up watching about four hours of yesterday’s impeachment procedurals, on CNN, MSNBC, and eventually CSPAN1

The first real day of the impeachment trial of Donald Trump was an epic exercise in raw political power. The Trump team, effectively led by Mitch McConnell, put forth no plausible arguments to support their position. But they didn’t have to. Because they had the votes.

But the media failed to tell that story.

If you were dependent on the coverage from our biggest and most influential media outlets, what you learned was mostly that there was a spirited debate and that McConnell made a concession.

And that’s just plain wrong. The debate wasn’t spirited, it was wildly unbalanced, with the Democrats making a substantial case for evidence-gathering, bolstered by facts, legal analysis, precedent, and logic – and the Republicans batting around Fox-News-style talking points that were devoid of reasoned thinking.

And McConnell’s concession was, in the greater scheme of things, a minor one. He succeeded – effortlessly – in ramming through a procedure that almost guarantees that the impeachment trial will not be encumbered by fact-finding.

It was striking to watch, and obvious that the Trump team of Republican blowhards had nothing substantial to say. A sad day for our country, putting the GOP’s Party Over Country mantra on display. 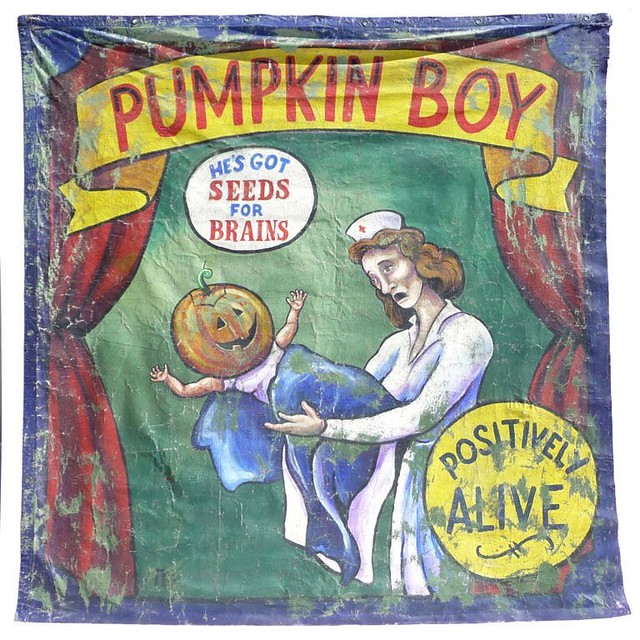 It was only a couple hours into the first day of arguments in the Senate impeachment trial of Donald John Trump when Adam Schiff, the lead House manager prosecuting the case, summed up the day’s proceedings. The Senate’s proposed process for the trial, he said, was simply “ass-backwards,” requiring the House to present its case before considering whether to call witnesses and demand White House documents that Trump has been withholding.

Schiff’s edgy remark caused a jolt in the chamber. Senators who had been nodding off or staring down at their legal pads suddenly looked up. But it turns out that you can swear like that on the Senate floor. Schiff wasn’t even the first person to use the phrase, although David Vitter, the former senator from Louisiana, got in trouble back in 2008 when he did, and he had the remark stricken from the official record. Whether or not it was appropriate, in a stodgy institution that does not even allow reporters to wear denim in its hallowed chamber, Schiff’s remark certainly was incisive and to the point.

Ever since the Trump impeachment inquiry began, in September, the White House has declined to offer a formal defense, if one excludes all-caps tweets from the accused. But refusing to participate is no longer an option now that the Senate trial is actually happening. Trump’s lawyers not only showed up but very much showed their hands, offering a defense of Trump that was very much like the President himself: loud, intemperate, personally nasty, ad hominem, factually challenged, and often not even bothering to have a tenuous connection to the case at all. When the White House counsel Pat Cipollone and Trump’s personal attorney, Jay Sekulow, addressed the Senate, the volume went up in the chamber; the tone changed. As we watched from the press gallery, it was as if we had become the audience in an entirely different play. Why should there be no witnesses or documents produced in the trial? Listening to Cipollone and Sekulow, it was hard to tell.

They barely used the word “Ukraine” or even bothered to talk much about Trump’s “perfect” phone call with the Ukrainian President, Volodymyr Zelensky, for that matter. They mentioned the Mueller investigation—repeatedly—though that is not a subject of the impeachment articles. They made false claims, including that Republicans had been excluded from the depositions in the House “basement” that were taken by the House Intelligence Committee. Cipollone attacked Schiff by name, in personal terms, within a minute of beginning his first remarks at the trial, which was striking, if not entirely surprising, given that Cipollone is representing Trump, whose campaign is currently marketing on its Web site thirty-four-dollar T-shirts mocking Schiff as a “Pencil-Neck.” 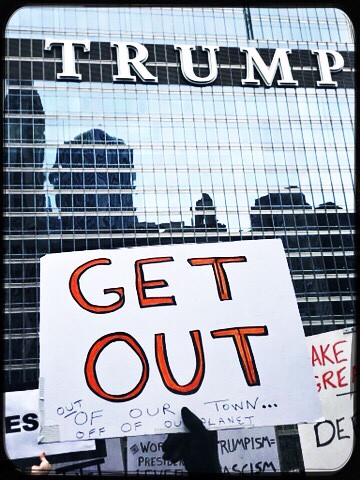 In the impeachment trial of President Trump, the House Democrats — the prosecution — are mostly pounding the facts. The heart of their brief is a well-told narrative of Trump’s efforts to muscle Ukraine into investigating Democratic rival Joe Biden, and then to cover up the details once the scheme was discovered.

Their central charge is that Trump abused the power of the presidency by asking a foreign government to help him win reelection. There’s plenty of evidence on their side.

The president’s defense lawyers, in contrast, are mostly pounding the law — their own theory of the law, that is.

Their president’s legal brief devotes only 27 pages to contesting the House’s version of the facts. Short version: “The President did nothing wrong.”

Instead, the core of Trump’s argument is a novel interpretation of the law: Whatever the president did, it’s not impeachable.

Under the Trump defense team’s argument, “the president is free to conduct all manner of hypothetical abuses of the office that are not criminal in nature,” Paul Rosenzweig, a former assistant to Kenneth W. Starr, the independent counsel who investigated President Clinton, told me.

“As I read President Trump’s theory, if he promised to pardon anybody who murdered Joe Biden, that would not itself be an impeachable offense,” Rosenzweig said. “The theory would mean that the president could choose to never appoint any Roman Catholics, and be free from fear of removal from office.”

Moreover, the concept of using impeachment to protect against a president’s abuse of power isn’t “newly invented” — far from it. Alexander Hamilton, one of the delegates at the constitutional convention, wrote in 1788 that impeachment would be a response to “the abuse or violation of some public trust.”

(click here to continue reading Column: Impeachment primer: If you have the law, pound the law. If you don’t, pound the table – Los Angeles Times.) 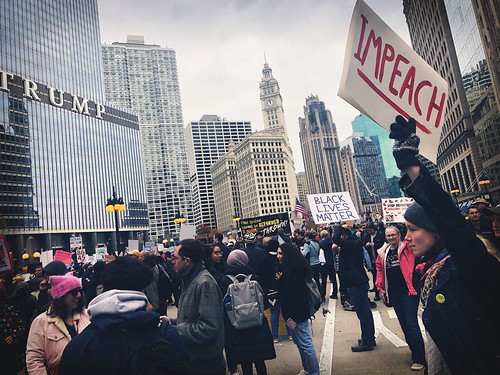