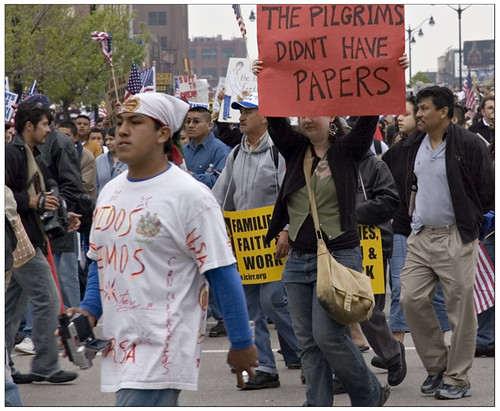 In a development that got lost in all the jabber about the Nevada caucuses, Supreme Court Justice Sonia Sotomayor used a dissent in a case that highlighted one of the worst ideas ever to slime its way out of Stephen Miller’s twisted mind to call out her Republican colleagues for being Republican hacks. Back in August, the administration* sought to limit immigration through something called the “public charge” rule. In brief, this means that someone can be denied the right to come here if that person could potentially take advantage of our pathetically shabby social-safety net. Resistance to this idea was loud and immediate. People pointed out that this was exactly the argument the government had used to send Jews who were fleeing Hitler back to Europe.

…Make no mistake. In this dissent, Justice Sotomayor is calling out the new 5-4 conservative majority—which includes Chief Justice John Roberts—for being White House errand boys. This is an astonishing development. You simply do not ever see this kind of attack on the Court’s objectivity from inside the temple. And the hell of it all is that she’s right. There was no reason for the Court to act so precipitously on this noxious principle except to do the White House’s bidding, and, by doing the White House’s bidding in this way, the 5-4 majority submarined the authority of the appellate system all the way down through the federal judiciary.

There was a time when I actually believed that Roberts cared enough about the institution over which he presides that he never would let it become an adjunct chop-shop to a criminal enterprise. Madame Justice Sotomayor just told me how wrong I was. I stand corrected.

The truth is the entire Republican Party is corrupt, with very1 few exceptions. Party over country, party over rule of law, party over anything.