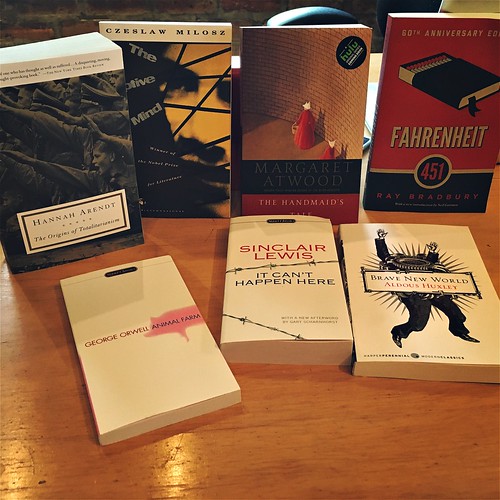 Speaking of the danger of having a baby as president, Media Matters for America reports:

The U.S. was not prepared to respond to the coronavirus — in no small part because Trump had hamstrung the nation’s pandemic response capabilities. The Washington Post detailed Saturday the “many preventable missteps and blunders in the federal government’s handling of the coronavirus crisis — the embodiment of an administration that, for weeks, repeatedly squandered opportunities to manage and prepare for a global epidemic.” The problems started from the top: Trump “has undermined his administration’s own efforts to fight the coronavirus outbreak — resisting attempts to plan for worst-case scenarios, overturning a public-health plan upon request from political allies and repeating only the warnings that he chose to hear,” Politico reported the same day.

Trump’s lax response to the spread of the coronavirus mimics the reaction of his favorite network — and that’s no coincidence. The president is shunning aides who provide him with negative information about the epidemic and basking in Fox’s glowing coverage. On Friday afternoon, amid a rambling and incoherent press event at the headquarters of the Centers for Disease Control and Prevention in Atlanta, Trump downplayed the threat posed by the disease, praised his administration’s response, lashed out at Democrats, and told reporters that he was getting information about the spread of the coronavirus from Fox.

“As of the time I left the plane with you, we had 240 cases — that’s at least what was on a very fine network known as Fox News,” he said. “I know you love it. But that’s what I happened to be watching.” This was not an anomaly. As coronavirus spread in February 2020, Trump sent more than twice as many live-tweets of Fox’s coverage as he did in February 2019. On Friday morning alone, he sent three tweets about coronavirus in response to Fox.

What was Trump learning from his regular Fox-watching? Roughly an hour before his comments, a Fox medical correspondent argued on-air that coronavirus was no more dangerous than the flu; a few hours later, the same correspondent argued that coronavirus fears were being deliberately overblown in hopes of damaging Trump politically. The network’s personalities have frequently claimed that the Trump administration has been doing a great job responding to coronavirus, that the fears of the disease are overblown, and that the real problem is Democrats and the media politicizing the epidemic to prevent Trump’s reelection. The president absorbs those narratives and parrots them to the public in tweets and statements; the network responds by continuing to push those talking points.

No one wants a public panic. But by downplaying the risks of coronavirus in order to rally to Trump’s defense, Fox is endangering its audience, which skews older and is most susceptible to the disease. It seems to be having an effect — both anecdotally and based on polling: Republicans are less likely to view the disease as a serious threat.

But the greater danger is that one of Fox’s older Republican viewers is the president of the United States. And when the network tells him that coronavirus is nothing to worry about, he listens.

As a result, a significant number of Americans are likely to die — prematurely and unnecessarily — because Trump is taking advice from Fox News. We are courting disaster, thanks to the Trump-Fox feedback loop.

(click here to continue reading With coronavirus, the Fox News-Trump feedback loop will get people killed | Media Matters for America.)

If only the virus cared whether or not individuals “believed” in it, this would be funny. But if a large percentage of MAGA cultists catch and spread COVID-19, the rest of us suffer as well.