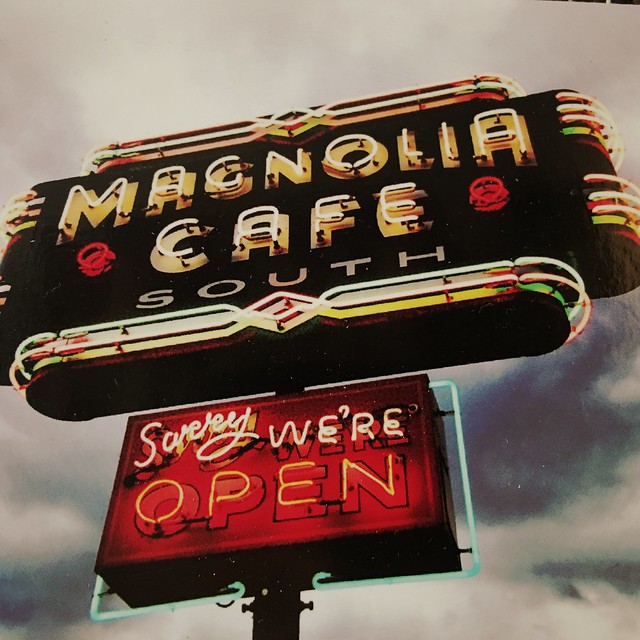 For no real reason that I can ascertain, I dreamt about Mitch Ivey, a friend and a talented painter that I knew from back in the pre-digital age; when I was an employee and fellow-traveller at Magnolia Cafe South. Not even one dream, but two nights in row. I lost touch with Mitch when I moved away, and I don’t know that he has any online presence, at least that I could locate.

I hope he’s ok, and is just having a gallery show soon or something.

Won our lawsuit1, it was dismissed with prejudice.2 I am planning on filing a complaint with the ARDC upon advice of our legal counsel.

As our name implies, the ARDC is the agency of the Supreme Court of Illinois which registers attorneys and investigates complaints of misconduct filed against attorneys holding a license to practice law in Illinois.

Our principal purpose is to assist the Supreme Court to determine a lawyer’s fitness to practice law in Illinois. If a complaint is made that an attorney, licensed to practice law in Illinois, has engaged in illegal, unethical or dishonest conduct, we will investigate and, if warranted, bring formal disciplinary charges. The Supreme Court of Illinois will then ultimately decide if a lawyer should be censured (publicly rebuked), suspended (having the law license to practice either taken away for a certain period of time or placed on a probationary period) or disbarred (having the law license taken away indefinitely).

We cannot impose fines, imprison, obtain monetary damages, enforce remedies between the lawyer and client, or seek civil or criminal relief against a lawyer as part of the disciplinary process. We can affect only the lawyer’s ability to practice law in Illinois.

We are not funded by taxpayers’ money. We are funded entirely by the annual registration fees paid by attorneys authorized to practice law in Illinois.

What Is a Request for an Investigation of an Attorney?

It is a request to us that we look into the conduct of an attorney who you believe has acted improperly. We will review your request to determine if an investigation is warranted. In most cases, we will initiate an investigation where the information you provide us suggests that the attorney engaged in illegal, dishonest or unethical conduct. Filing a request accusing an attorney of unethical conduct is a serious matter to the lawyer. We recommend that, whenever practical, you try to resolve any differences or disputes that do not concern claims of unethical conduct directly with the lawyer.

(click to continue reading ARDC  |  How to Submit a Request For Investigation.)

Easily could see how the attorney for the plaintiff could be cited for conflict of interest, unethical behavior, dishonest conduct, and probably some other things too. Asshole.

Since I am lucky enough to have an in-house herbalist, I’ve been dosing myself with vitamins and herbs to help my injuries heal. I found this page which echoes most of the same treatment advice. Even if the science is unclear, or incomplete, I’d still take the supplements. At worst, I excrete the excess, without harm. More likely, the herbs/vitamins will reduce my recovery time as they seem to be doing.

This pill is expensive (well, unless you break it down by pill), but surprisingly tasty.

I prefer non-acidic C so there are no repercussions with digestion.

Proteolytic enzymes, including bromelain, papain, trypsin, and chymotrypsin, may be helpful in healing minor injuries such as sprains and strains because they have anti-inflammatory activity and appear to promote tissue healing.

Several preliminary trials have reported reduced pain and swelling, and/or faster healing in people with a variety of conditions using either bromelain,5 papain from papaya, or a combination of trypsin and chymotrypsin. Double-blind trials have reported faster recovery from athletic injuries, including sprains and strains, and earlier return to activity using eight tablets daily of trypsin/chymotrypsin, four to eight tablets daily of papain, eight tablets of bromelain (single-blind only), or a combination of these enzymes.…

Bromelain is measured in MCUs (milk clotting units) or GDUs (gelatin dissolving units). One GDU equals 1.5 MCU. Strong products contain at least 2,000 MCU (1,333 GDU) per gram (1,000 mg). A supplement containing 500 mg labeled “2,000 MCU per gram” would have 1,000 MCU of activity, because 500 mg is half a gram. Some doctors recommend 3,000 MCU taken three times per day for several days, followed by 2,000 MCU three times per day. Some of the research, however, uses smaller amounts, such as 2,000 MCU taken in divided amounts in the course of a day (500 MCU taken four times per day). Other enzyme preparations, such as trypsin/chymotrypsin, have different measuring units. Recommended use is typically two tablets four times per day on an empty stomach, but as with bromelain, the strength of trypsin/chymotrypsin tablets can vary significantly from product to product.

One controlled trial showed that people who supplement with 3 grams per day L-carnitine for three weeks before engaging in an exercise regimen are less likely to experience muscle soreness.

Antioxidant supplements, including vitamin C and vitamin E, may help prevent exercise-related muscle injuries by neutralizing free radicals produced during strenuous activities. Controlled research, some of it double-blind, has shown that 400-3,000 mg per day of vitamin C may reduce pain and speed up muscle strength recovery after intense exercise. Reductions in blood indicators of muscle damage and free radical activity have also been reported for supplementation with 400-1,200 IU per day of vitamin E in most studies, but no measurable benefits in exercise recovery have been reported. …

Vitamin C is needed to make collagen, the “glue” that strengthens connective tissue. Injury, at least when severe, appears to increase vitamin C requirements, and vitamin C deficiency causes delayed healing from injury. Preliminary human studies have suggested that vitamin C supplementation in non-deficient people can speed healing of various types of trauma, including musculoskeletal injuries, but double-blind research has not confirmed these effects for athletic injuries, which included sprains and strains.

Zinc is a component of many enzymes, including some that are needed to repair wounds. Even a mild deficiency of zinc can interfere with optimal recovery from everyday tissue damage as well as from more serious trauma. Trace minerals, such as manganese, copper, and silicon are also known to be important in the biochemistry of tissue healing.

[From Sprains and Strains – [Alternative Medicine]]

(click for the cited research).
Reminds me, I should pick up a pineapple or two, those suckers are high in proteolytic enzymes. I am able to move my elbow more fluidly than yesterday (still has less than 48 hours since I became intimate with asphalt in the West Loop), can nearly fully extend my arm, and can bend it toward my body almost enough to reach my mouth. Strange how the temporary loss of a body part gives one pause: how do returning Iraq War vets manage with the permanent loss of a limb? Simple things, like using shampoo, become more complicated when you only have use of one hand. Shampoo bottle needs to be opened, and shampoo poured out – but what do you pour it into? Directly upon your scalp, I guess, but I used to always pour it in my other hand. Pant zippers, shoelaces, chopping vegetables, reading a book, even blowing one’s nose – all become new experiences, tasks that have to be relearned.

In a just world, George Bush and his minions of death would have to suffer eternal hellfire for the their nonchalance as they sent hundreds of thousands (or more) of human beings to a premature death, or to a life maimed.

Today, I took a bike ride west on Fulton, enjoying the splendid weather. Made it nearly as far as Damen when a pothole/cavern impeded my progress.

I swerved to avoid the hole (which was as wide as the entire westbound lane), but suddenly noticed a Ford Explorer directly behind me. Slammed on my brakes, and did a stoppie: ie, my front tire stopped first, and I was thrown over my handlebars to the pavement. Luckily was wearing bike gloves, so my hands were not shredded (though my gloves were). The SUV swerved and did not run me nor my bike over.

I sprained my left wrist and elbow, and right wrist, plus various knees and leg parts were scraped. My left elbow seems to be the worst off: I cannot extend my arm past 80• without excruciating pain, nor can I bend my left arm beyond 40• without experiencing excruciating pain, the swelling is impressive. I’ve been icing my joints (including both knees), and am typing this using a home-made sling for my left arm. Of course I did not visit a doctor: the American healthcare system is only slightly more popular than the American airline system.

When I was a boy of around 9, I fell off a bike and broke my right elbow, today’s incident seems somewhat symmetrical in retrospect, even though, as far as I can ascertain, I did not break my elbow today, nor did I have to be driven 35 miles (or however far it was) to see a doctor in Burks Falls, calling a country doctor called away from shearing his sheep, with blood stains all over his shirt. Instead, I watched Charlie Wilson’s War (more on that later), took a lot of vitamins, and drank a few tequilas mixed with fresh fruit juice.

Oh, and the SUV driver was very kind, he stopped to make sure I was alright, and my bike was still serviceable. I was macho, and didn’t let him drive me home, and insisted I was ok. The accident was entirely my own fault, he was only an observer to it. My bike itself only suffered minor injuries: some scuff to the handlebars, and the chain popped off. I rode it home. My camera was ok as well, and I am going to be wearing a helmet next time I can bike (had to drive home using only my right arm: could not hold the handlebars with my left hand).

Speaking of, I should ice my elbow again. Joe Klein is the only liberal columnist at Time Magazine, which means it has no liberals except those who bash liberals and Democrats.