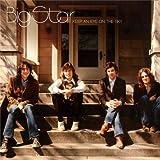 The singer and guitarist, best known as a member of ’60s pop-soul act the Box Tops and the ’70s power-pop act Big Star, died today at a hospital in New Orleans. Chilton, 59, had been complaining of about his health earlier today. He was taken by paramedics to the emergency room where he was pronounced dead. The cause of death is believed to be a heart attack.

His Big Star bandmate Jody Stephens confirmed the news this evening. “Alex passed away a couple of hours ago,” Stephens said from Austin, Texas, where the band was to play Saturday at the annual South By Southwest Festival. “I don’t have a lot of particulars, but they kind of suspect that it was a heart attack.”

The Memphis-born Chilton rose to prominence at age 16, when his gruff vocals powered Box Tops massive hit “The Letter.” The band would score several more hits, including “Cry Like a Baby” and “Neon Rainbow.”

After the Box Tops ended in 1970, Chilton had a brief solo run in New York before returning to Memphis. He soon joined forces with a group of Anglo-pop-obsessed musicians, fellow songwriter/guitarist Chris Bell, bassist Andy Hummel and drummer Jody Stephens, to form Big Star.

The group made one more album, Third/Sister Lovers, with just Chilton and Stephens — and it too was a minor masterpiece. Darker and more complex than the band’s previous pop-oriented material, it remained unreleased for several years. In 2003, Rolling Stone magazine would name all three Big Star albums to its list of the 500 Greatest Albums of All Time.

I’ve loved Big Star for as long as I knew their music (probably late 1980s or early 1990s), and the box set, Keep an Eye on the Sky was my favorite collection of last year. Big Star rewards repeated listens, especially with headphones.

Sigh. I’m sure there will lots of obituaries around the web, Big Star and Alex Chilton had influence far beyond their units-sold1. 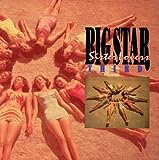 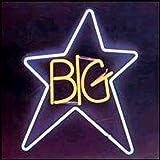 Half of what he said meant something else, and the other half didn’t mean anything at all.