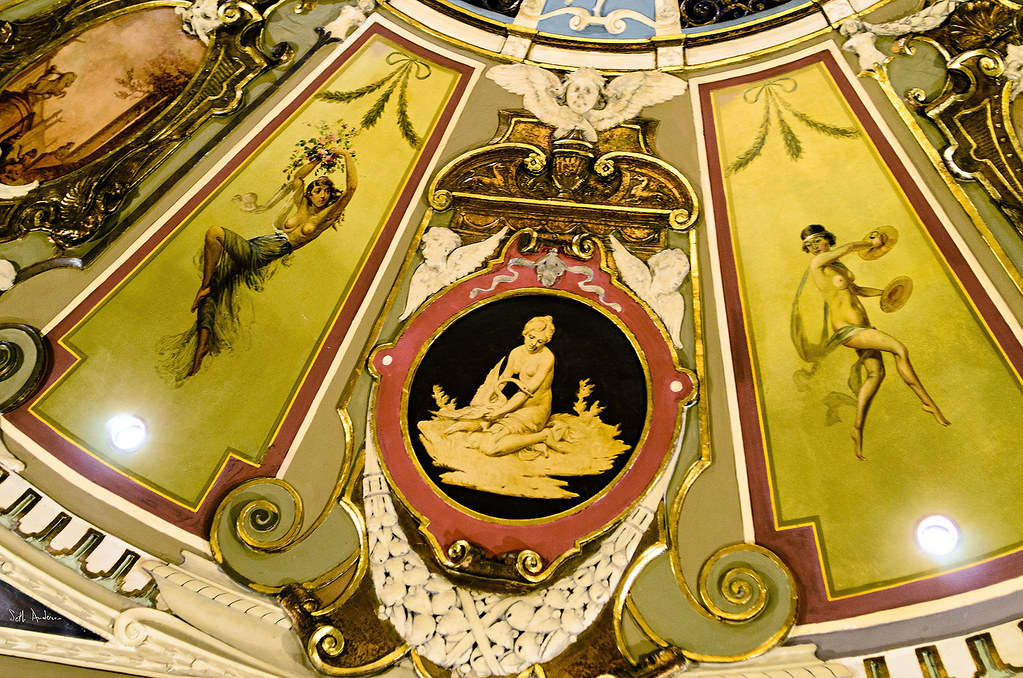 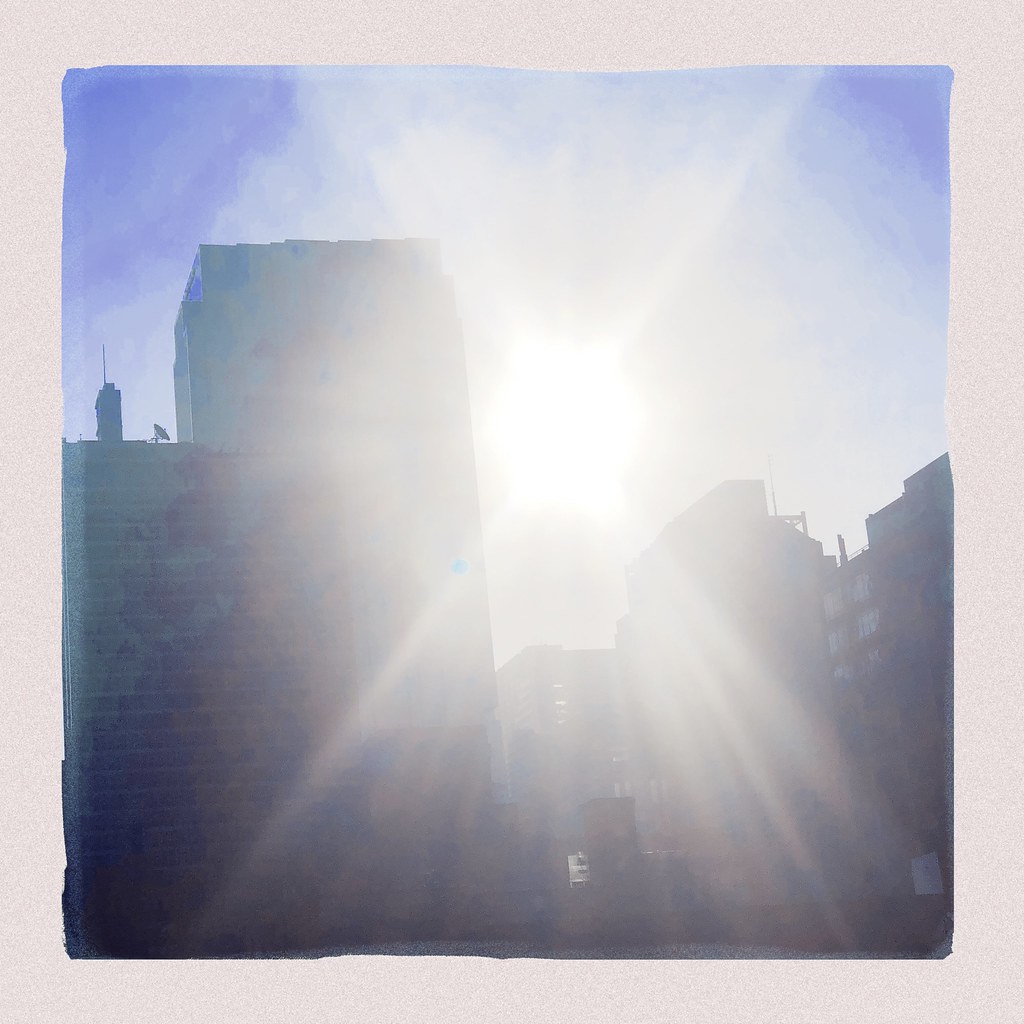 Obviously, didn’t take this photo at 3:23 AM in my local time, but there is some bug in the system that insists upon subtracting 5 hours from this automated time stamp. Usually doesn’t matter, but this photo is not of a moon.

According to Google Translate, this phrase means, “Doomed”, but I don’t think that is completely accurate.

Wikipedia has two translations of this phrase from the Dies irae:

Truthfully, Mozart’s Requiem came on my iTunes shuffle this morning, and I liked the phrase. Only later did I wonder what confutatis maledictis really means, and researched a bit (including asking my brother who studied Latin in school). 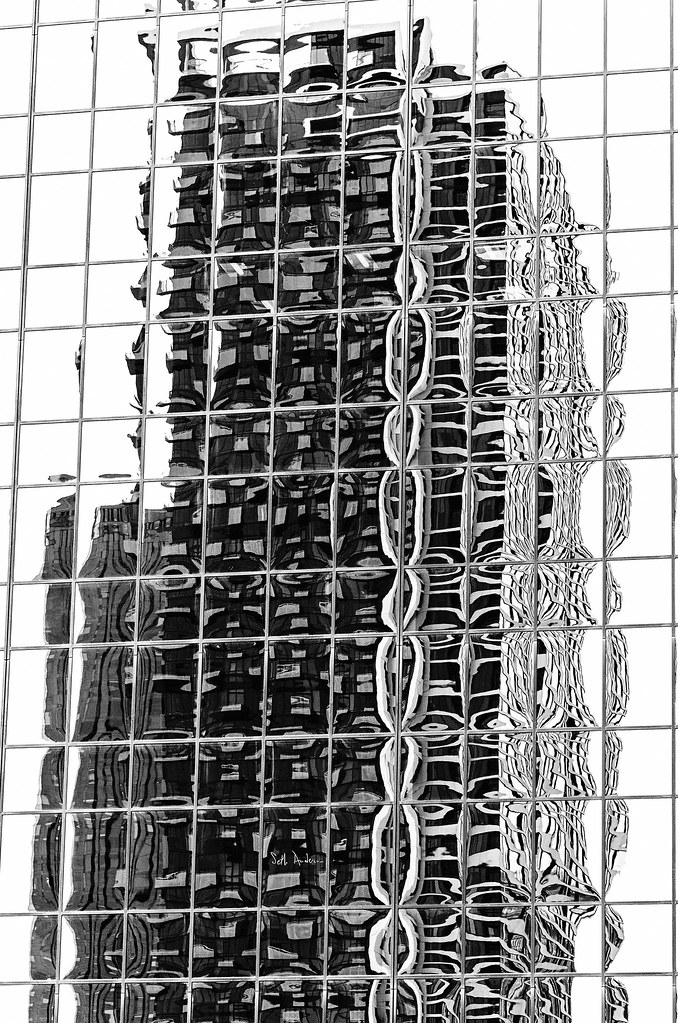 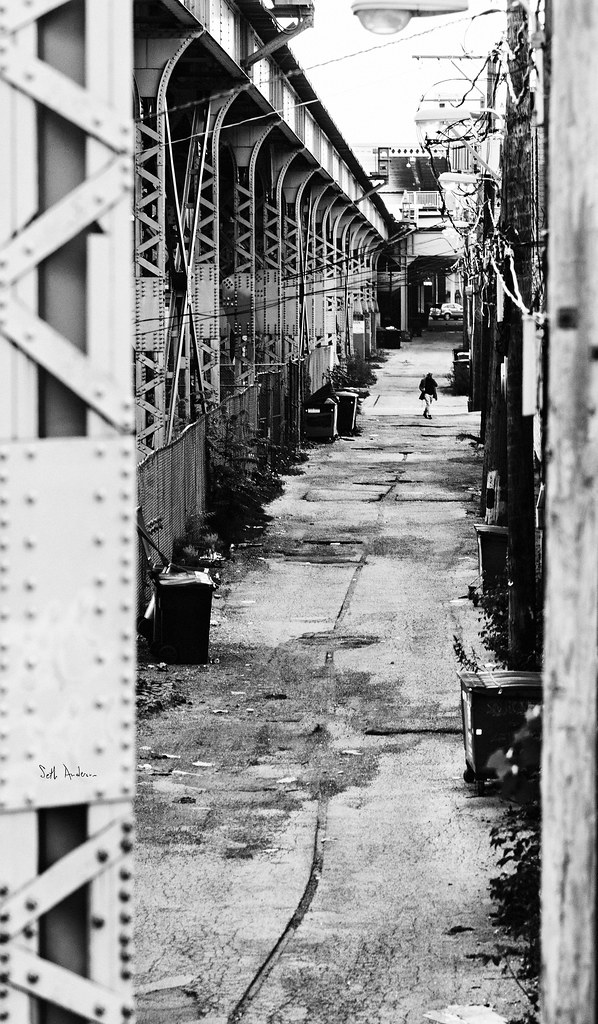 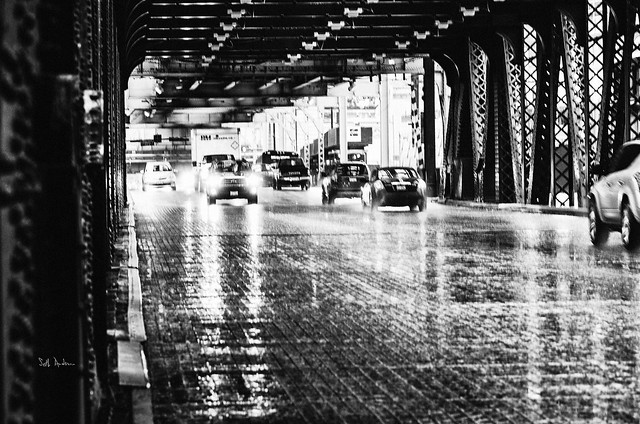 I’ve taken many photos of the Lake Street bridge over the Chicago River over the years. I should collect them all in one place. Maybe later…2 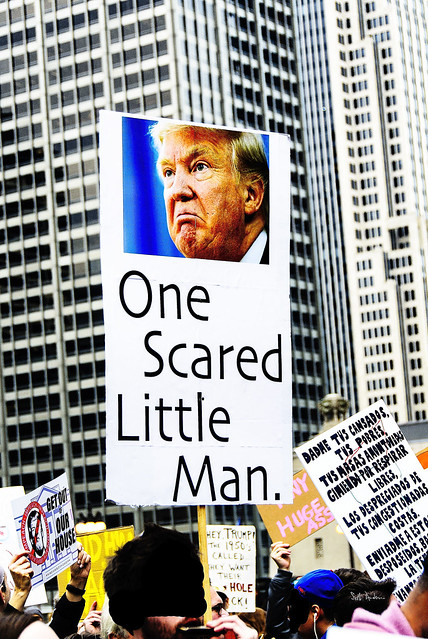 These are not leadership qualities for an executive of a business, much less the president of a nation.

The lost days of summer: How Trump struggled to contain the virus – The Washington Post:

In Trump’s White House, there is little process that guides decision-making on the pandemic. The president has been focused first and foremost on his reelection chances and reacting to the daily or hourly news cycle as opposed to making long-term strategy, with Meadows and other senior aides indulging his impulses rather than striving to impose discipline.

What’s more, with polls showing Trump’s popularity on the decline and widespread disapproval of his management of the viral outbreak, staffers have concocted a positive feedback loop for the boss. They present him with fawning media commentary and craft charts with statistics that back up the president’s claim that the administration has done a great — even historically excellent — job fighting the virus.

Government health officials are wary of saying anything publicly — even if they are merely speaking truth — that might be construed as contradicting the president or countering his rosy assessments.

One of the clearest examples of how fear and loyalty have infected the response came in Trump’s decision last month to begin formally withdrawing the United States from the World Health Organization. Many government officials hoped the president would not take that drastic step, but none had the courage to try forcefully to persuade him against a withdrawal by explaining that doing so would risk damaging not only the global response to the virus but also the U.S. response.
“Everybody is too scared of their own shadow to speak the truth,” said a senior official involved in the response.

What also has frustrated a number of the president’s allies and former aides is that he simply seems uninterested in asserting full leadership over the crisis, instead deferring to state leaders to make the more difficult decisions while using his presidential bully pulpit to critique their performances. He deputizes Pence to handle much of the actual communication with states and other stakeholders in the fight against the virus.
“If we want to return to school safely, we need not only adaptive safety practices at the schools but also lower amounts of virus in each community,” said Tom Bossert, a former White House homeland security adviser under Trump. “A suppression-level effort to shrink and not just mitigate the spread of covid requires a national strategy that includes standards and significant federal funding. Such a strategy is lacking right now.” 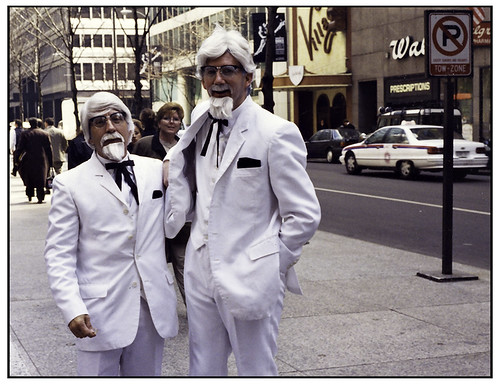 Maybe McConnell’s opponent will not be decided so quickly after all. I’m not in Kentucky, but if I was, I’d probably vote for Charles Booker in the primary, and whoever wins that in the general…

Remember Amy McGrath? Maybe you do. In 2018, the Kentucky Democrat was briefly famous for a viral campaign ad and an ultimately doomed campaign to represent her state’s Sixth Congressional District. A moderate and a former Marine fighter pilot, McGrath is the apotheosis of a particular Democratic electoral strategy: to win in a conservative state, dispatch a veteran with lukewarm politics. That strategy didn’t put McGrath in the House in 2018. But two years later, Senate Democrats tried it again, pitting McGrath against a top prize: Mitch McConnell.

Now she might be lucky to win her primary race.

McGrath faces a robust challenge from Charles Booker, the youngest Black legislator in the Kentucky House of Representatives. Booker has run to her left, and while McGrath holds a major fundraising advantage, Booker is gaining significant momentum ahead of the primary on June 23. Two of the state’s largest newspapers have endorsed him, and on Tuesday, Booker earned another major supporter. Alison Lundergan Grimes, who challenged McConnell in 2014, endorsed him over McGrath.

Enthusiasm might not be enough to propel Booker to victory over McGrath, but it’s a symptom of a bigger problem. National Democrats think they know what Kentucky wants, but Kentucky may disagree. A theory that recommends McGrath over Booker is one worth reconsideration, and not only because Booker marshals local support that McGrath lacks. Whatever momentum McGrath may have been capable of generating, she stifled. Her Senate run is riddled with embarrassments. She said she would have voted to confirm Brett Kavanaugh — a no-go area even for many conservative Democrats — before reversing herself in response to outrage. She blurred out the images of two eastern Kentucky coal miners after they threatened to sue her for using them in an ad without their permission. She characterized McConnell as an impediment “in the way of what Donald Trump promised,” a statement understood by many as a way to dodge public criticism of the president.

The national Democratic leadership often makes this mistake: choosing centrist, milk-toast Democrats instead of left wingers. You’d think they would have learned by now, but nope… 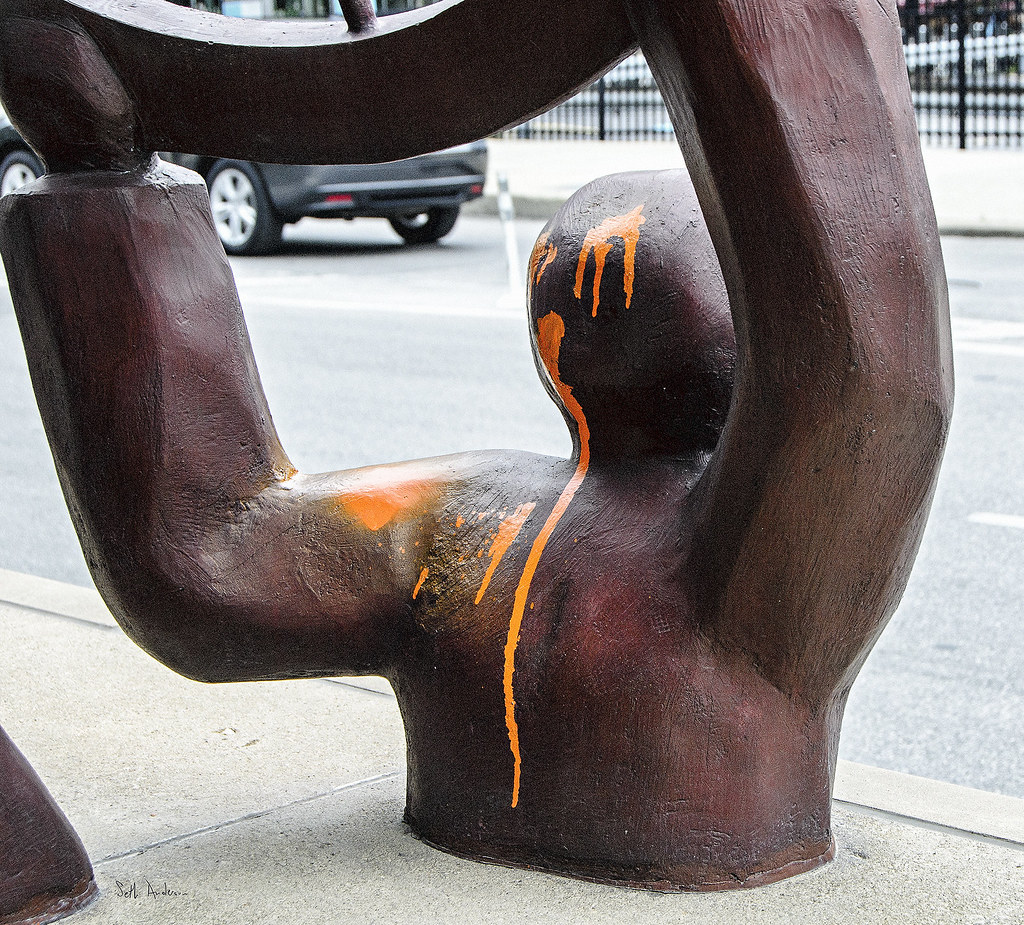 Does the orange paint symbolize anything? The only orange thing I can think of is the current resident of the White House. This did happen after Trump promised that Saturday night was going to be MAGA Night, whatever that means.

I took Random Acts of Malevolence Against the Haymarket Riot Memorial on June 01, 2020 at 03:35AM 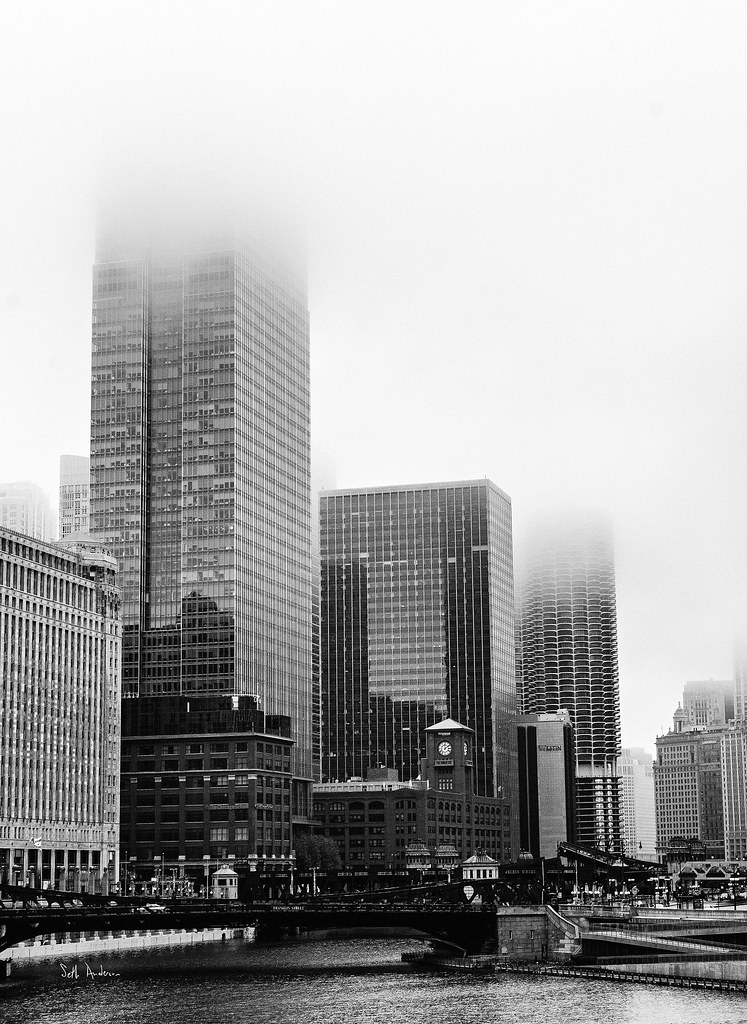 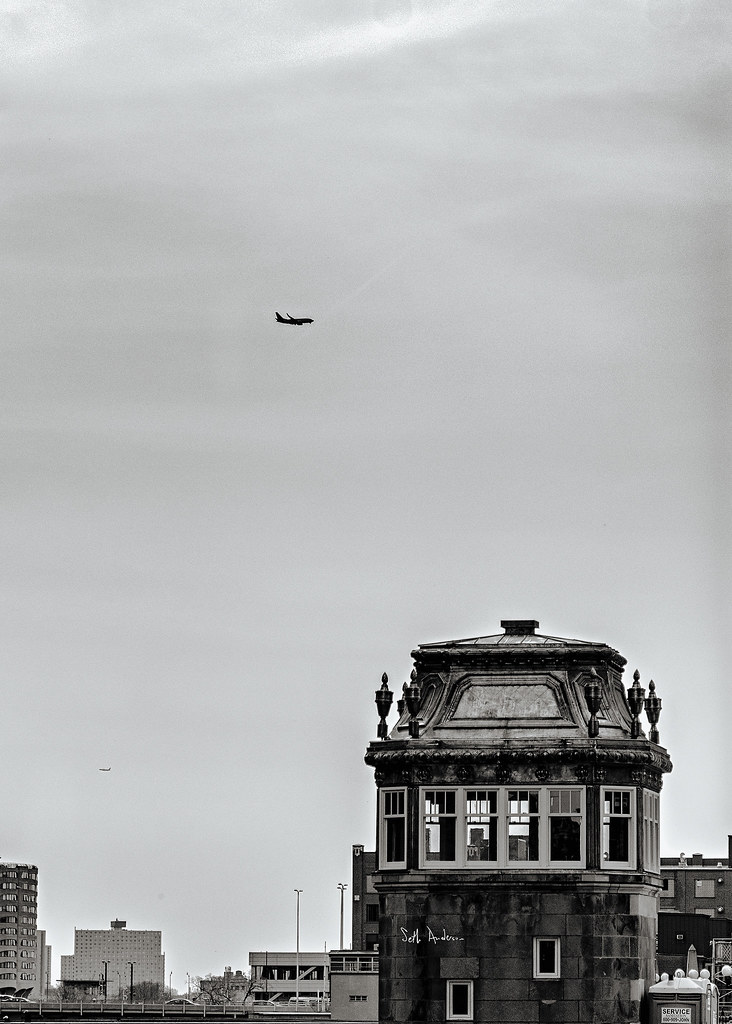 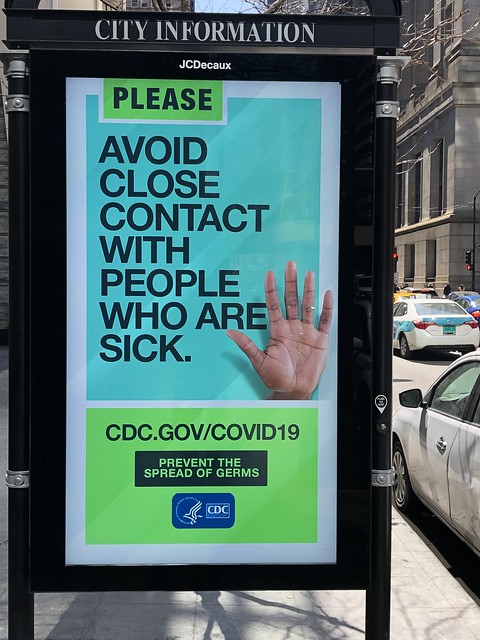 America didn’t have to have so many people die, as the example of Hong Kong proves…

Subway workers clean handrails frequently. Restaurants are open, with tables spaced five feet apart. Diners are often given a small paper bag in which to put their mask — so it doesn’t infect the table, or vice versa

Entrance to Hong Kong is limited mostly to residents, all of whom are tested and quarantined, even if the test is negative. And residents wear masks despite 90-degree heat. “They’re so hot,” Adrienne says. “But it feels second nature to me at this point.”

It hasn’t reported a new homegrown case in more than two weeks. Over all, only about 1,000 people — out of 7.5 million — have tested positive. Only four have died. 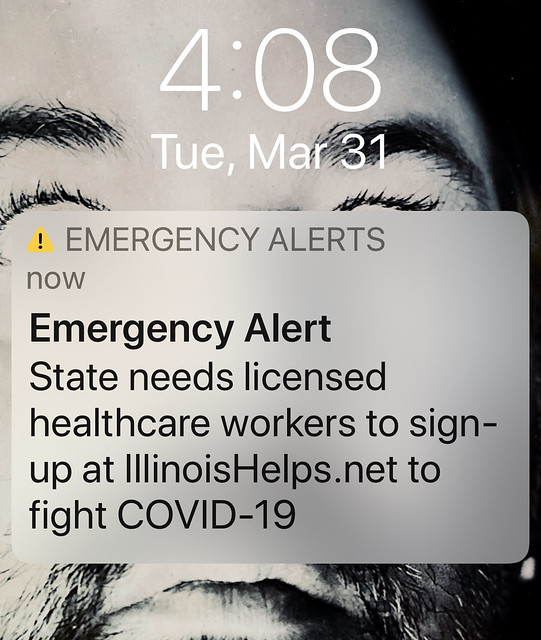 Meanwhile, in one US area roughly the same population size as Hong Kong:

The Illinois Department of Public Health (IDPH) today announced 2,122 new cases of coronavirus disease (COVID-19) in Illinois, including 176 additional deaths.…Currently, IDPH is reporting a total of 65,962 cases, including 2,838 deaths, in 97 counties in Illinois. The age of cases ranges from younger than one to older than 100 years. Within the past 24 hours, laboratories have processed 13,139 specimens for a total of 346,286.

If only the US had competent leadership, and a president who trusted science and data, and we had ramped up testing back in February (or even January!) 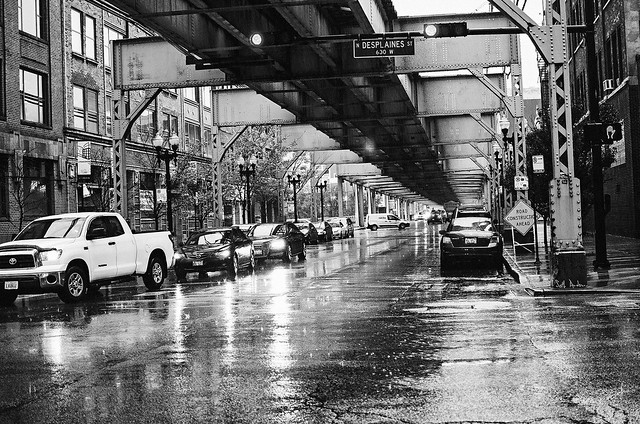 Lake Street in the rain

Tri-X 400, in emulation, provided via a Photoshop filter (Exposure 5), plus some other tricks-of-the-trade, including using a gold reflector, and other techniques to accentuate the rain.

A while ago1 I purchased a raincoat for my camera: basically a thick, transparent plastic sleeve with a drawstring at one end. The drawstring is used to wrap tightly around the end of the lens, and the rest of the camera is contained within the sleeve, and thus kept dry. It works pretty well actually, except changing camera settings is a bit tricky, as is focusing, sometimes. 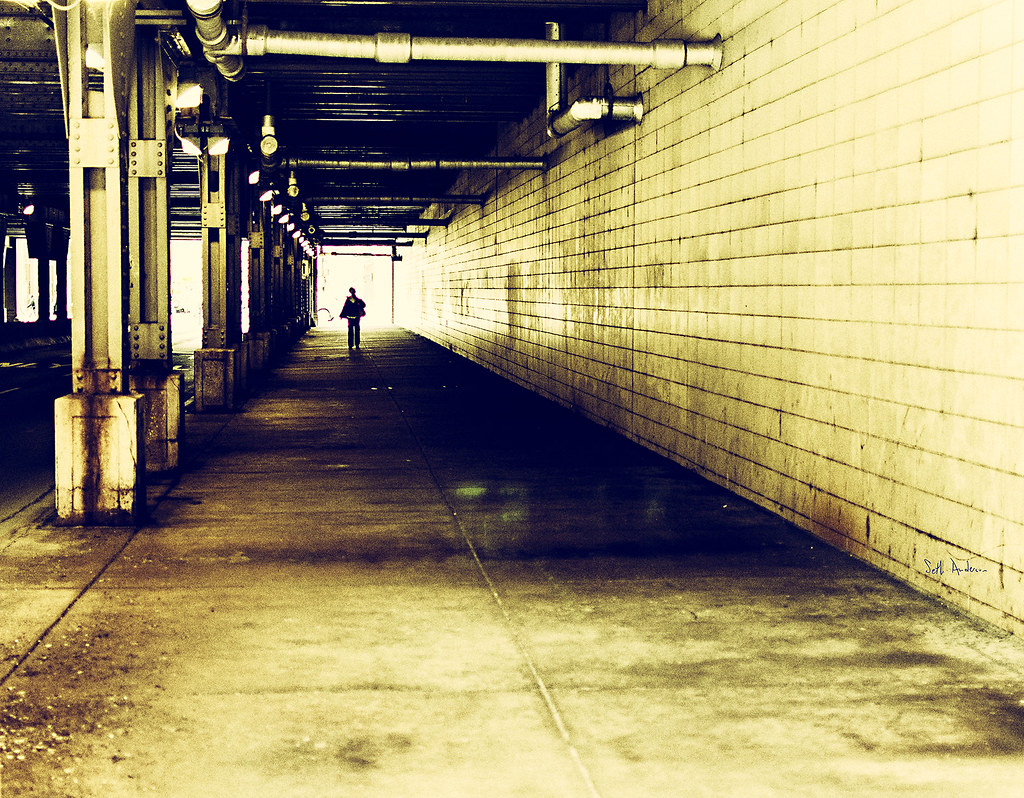 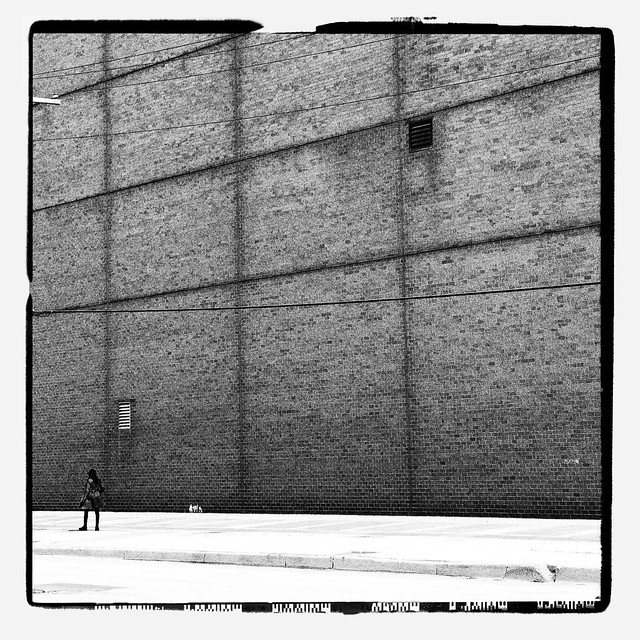 For months, I searched for the larger principles or sense of purpose that animates McConnell. I travelled twice to Kentucky, observed him at a Trump rally in Lexington, and watched him preside over the impeachment trial in Washington. I interviewed dozens of people, some of whom love him and some of whom despise him. I read his autobiography, his speeches, and what others have written about him. Finally, someone who knows him very well told me, “Give up. You can look and look for something more in him, but it isn’t there. I wish I could tell you that there is some secret thing that he really believes in, but he doesn’t.”

This is why Trump and McConnell are such allies. Trump also cares about nothing except his own power, and wealth.

Read the rest, and if you have the means, donate to McConnell’s opponent, Amy McGrath

Maybe, donate to Charles Booker too, or instead of Amy McGrath… 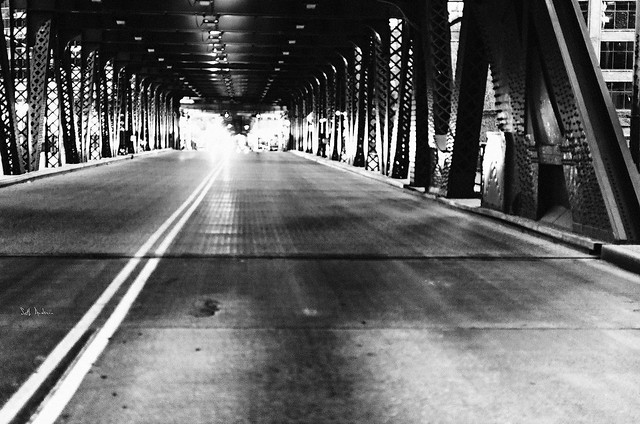 I processed this photo in my digital darkroom on April 11, 2020.

And of course Photoshop to emulate TRI-X 400 film, pushed a couple of stops.

Death does seem to be on everyone’s mind these days. I’ve been having weird dreams, I assume you are as well. I won’t bore you with mine, at the moment. We’ll see if the Stay At Home continues through summer, all the rules will be different…

Come on, do what you did, roll me under New Madrid
Shake my baby and please bring her back
Cause death won’t even be still, caroms over the landfill
Buries us all in its broken back

Advertising is the modern substitute for argument; its function is to make the worse appear the better.