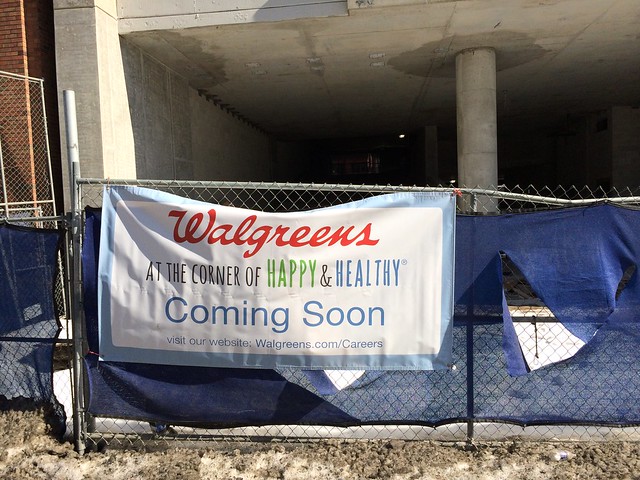 In a twist on economic globalization less obvious than moving factories overseas, a small but growing number of corporations have relocated headquarters to Europe to escape the 35 percent tax on U.S. profits, the highest in the developing world.

Walgreen Co., the nation’s largest drugstore chain, is under pressure from some shareholders to move its headquarters to Europe, where it owns nearly half of Swiss-based pharmacy giant Alliance Boots.

Deerfield-based Walgreen has called Illinois home for all its 113 years.

Though a move would make financial sense for Walgreen and its investors, it’s an executive decision fraught with political risk for a company as high profile as the pharmacy chain, analysts said Monday after news leaked that Walgreen and investors discussed the possibility.

Walgreen plays an integral role in the U.S. health care system, dispensing drugs to millions of consumers through its more than 8,000 stores. A significant portion of its $72 billion in annual sales comes from Medicare, the federal government’s insurance program for the elderly. Not mentioned in this Chicago Tribune (Republican) article is that most U.S. corporations pay much, much less than the 35% corporate tax rate often cited. Loopholes, deductions add up to reduce corporate taxes in a way that an individual tax filer can never hope to replicate.

The biggest, most profitable American companies paid only a fraction of the taxes they would owe under the official corporate rate, according to a study released on Monday by the Government Accountability Office.

Using allowed deductions and legal loopholes, large corporations enjoyed a 12.6 percent tax rate far below the 35 percent tax that is the statutory rate imposed by the federal government on corporate profits.

The report found that even when foreign, state, and local taxes were included, the tax rate of large companies rose only to 16.9 percent of total income, still well below the official 35 percent.

“Some U.S. multinational corporations like to complain about the U.S. 35 percent statutory tax rate, but what they don’t like to admit is that hardly any of them pay anything close to it,” Mr. Levin said in a statement. “The big gap between the U.S. statutory tax rate and what large, profitable U.S. corporations actually pay is due in large part to the unjustified loopholes and gimmicks that riddle our tax code.” Now, if Walgreen Co. pays 35% in tax, and the rest of their competitors pay only 12.6% or similar, than perhaps Walgreen’s should hire a few accountants before moving their entire operations to socialist1 Europe. I’d hazard a guess that Walgreen’s has as good of accountants and tax lawyers as any other U.S. corporation, and thus is not paying 35% of its income in tax.

Also, I don’t see how Walgreen Co. could depend upon maintaining its Medicare cash-cow if it was a non-US corporation. That would not play well during election season.