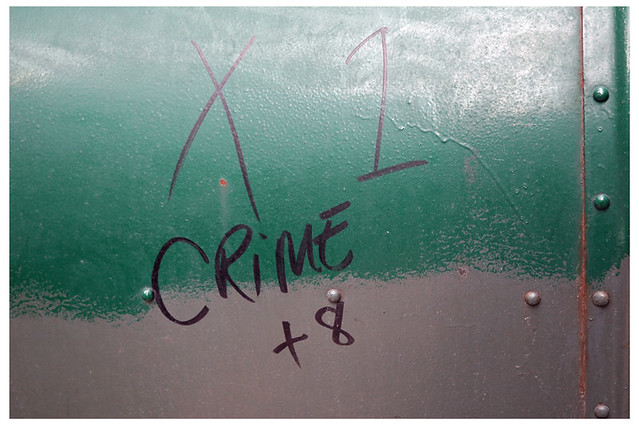 Rudy Giuliani is in the class of professional Trolls On Television that I try to ignore, along with his fellow grifters like Sarah Palin, Mike Huckabee, Rick Santorum, Michele Bachmann, et al. The odds of any of these losers ever winning a plurality of delegates in a presidential election is extremely slim, in fact, the odds of any of them winning a majority of voters in any state is implausible, and yet they have made careers for themselves appearing on television news programs, spewing bile regarding the political topic du jour.

All that said, Rudy “Nine-Eleven” Giuliani’s latest garbage is disgusting:

Former New York City Mayor Rudy Giuliani has been on a tear since Sunday, turning himself into a B storyline as he offers what you might call unvarnished takes on race and crime in America amid the tension in Ferguson, Mo. It started with a “Meet The Press” panel, when he told a black panelist that white police officers wouldn’t be in black communities if “you weren’t killing each other.”

And he hasn’t let up while a grand jury has decided not to indict police officer Darren Wilson in Michael Brown’s shooting and heated protests have followed.

Giuliani isn’t a stranger to racially charged rhetoric, dating back to his time as mayor, but these recent comments were striking even to one of Giuliani’s biographers who was quite familiar with the former mayor’s past rhetoric on these issues.

“Some of this stuff has struck me as a little over-the-top even for him,” Andrew Kirtzman, a former journalist and now a vice president at Global Strategy Group, who wrote a 2001 book about Giuliani, said in a phone interview. “But this is the man who when asked what he had done for the black community in New York, back in the 90s, he said, ‘Well, they’re still alive to begin with.'”

“I used to look at our crime reduction, and the reason we reduced homicide by 65 percent is because we reduced it in the black community,” [Giuliani] said. “Because there is virtually no homicide in the white community.”

Uh, yeah, virtually no homicide in the white community. I went to the FBI’s website, and at random, picked the year 2000 to look at homicide statistics, a year when Giuliani was still Mayor of NYC. I’m not asserting that 2000 was or was not a typical year, but, what a surprise, plenty of incidents of white on white crime.

So when Giuliani bloviates:

“When the president was talking last night about training the police, of course, the police should be trained,” he said. “He also should have spent 15 minutes on training the [black] community to stop killing each other. In numbers that are incredible — incredible — 93 percent of blacks are shot by other blacks. They are killing each other. And the racial arsonists, who enjoyed last night, this was their day of glory.”

he’s just talking out of his ass. 85% of the reported homicides of whites were committed by other whites, btw. Does that mean the president should lecture the white community to stop killing each other too?

I wasn’t sure what I’d read when I saw the term “race-baiting”, an off-putting phrase I hear often spouted by Fox News Pundits and Followers, but was pleased to see the statistics pointed out in the article. People who use those terms tend to refer to the out of control “black on black crime” because they are fed that information via their “news” resources and they fail to make fair comparisons. Races do general kill others of the same race. Giuliani and his crew are horribly misguided and their beliefs. Good job!

Since so many murders are crimes of passion, it would make sense that races would kill others of similar race. Picnics, barbecues, neighbors, friends, ex-friends, lovers, ex-lovers, wives, husbands, etc., these are the most common locations or victims.