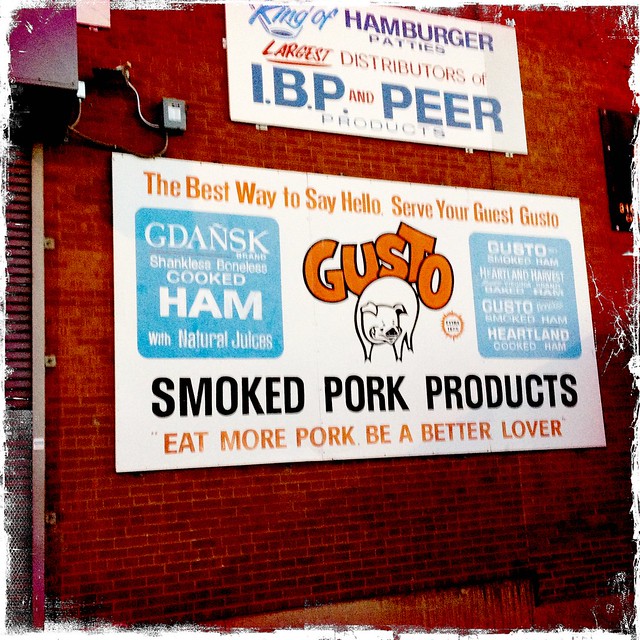 Be A Better Lover

More signs that the bottom hasn’t yet been reached for the advertising industry, as we’ve mentioned previously…

The consumer products giant says that its push for more transparency over the past year revealed such spending had been largely wasteful and that eliminating it helped the company reach more consumers in more effective ways.

P&G , PG +0.18% whose brands include Crest, Tide and Pampers, says it cut its digital ad budget by more than $100 million from July through December. Those reductions were on top of the more than $100 million in digital marketing spending the company had already cut in the June quarter, which P&G said had little impact on the business.

The ad dollars were pulled back from a long list of digital channels but also included reducing spending with “several big digital players” by 20% to 50% last year, according to Marc Pritchard, P&G’s chief brand officer. He has been leading the charge among marketers as a vocal critic of digital advertising clutter, ad fraud and brand safety issues on platforms like YouTube.

Once armed with more measurement data, P&G discovered that the average view time for a mobile ad appearing in a news feed, on platforms such as Facebook , was only 1.7 seconds. The Cincinnati-based company also realized some people were seeing P&G ads far too many times.

“Once we got transparency, it illuminated what reality was,” said Mr. Pritchard. P&G then took matters into its owns hands and voted with its dollars, he said.

Long the biggest advertiser in the world, P&G carries significant weight among marketers and its efforts are closely tracked.

Translated, Facebook and YouTube ads were fairly useless for P&G, so they cut back on spending on them, without noticing much of a difference on sales. If P&G, with its sophisticated marketing analysis teams thinks digital/mobile ads are missing the mark, what about other businesses? I’d assume many will follow in P&Gs footsteps, and the digital ad world is about to have revenues sliced drastically. 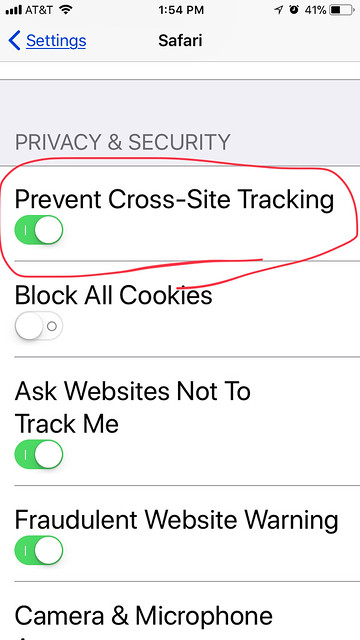 Advertising’s digital upheaval took a heavy toll on WPP LLC as the world’s largest ad company Thursday logged its worst performance since the financial crisis, triggering jitters among investors across the sector.

On Thursday, WPP said net sales fell 0.9% on a like-for-like basis last year, spooking investors who were expecting signs of recovery after the company cut its forecast three times, predicting a “broadly flat” 2017. The firm also said it is setting budgets for 2018 on the assumption of no growth in revenue and net sales.

Digital disruption is leading Unilever PLC, Procter & Gamble Co. and other consumer-goods giants that once splurged on ad agency-led campaigns to redirect their spending. That is saddling ad firms with their slowest revenue growth in a decade and pressuring agency holding companies to revamp organizational structures that are out of step with the digital age. Advertisers are demanding agencies provide services that target consumers relentlessly over the internet as well as coming up with traditional campaigns for print and TV.

The question is whether the big ad companies can evolve fast enough. P&G, long the biggest advertiser in the world, has said that it is looking to cut an additional $400 million in agency and production costs by 2021, having already saved around a combined $750 million in recent year. Unilever, meanwhile, has also been slashing agency fees and production costs, in part by reducing the number of traditional ads it makes and bringing more of its marketing work in-house.

The packaged-goods sector, which accounts for close to a third of WPP’s sales, is the key problem. Big advertisers like Procter & Gamble have been driving hard bargains with their suppliers as they trim and reallocate ad budgets in response to new consumption patterns and new media.

This malaise could spread to other industries challenged by new tastes and technology. Car makers, for example, are trying to work out how their approach to advertising needs to adapt if, as many expect, individual car ownership gives way to “mobility as a service”—renting cars by the hour through tech platforms. They accounted for 12% of WPP’s revenue last year.

Then there is the question of whether the ad industry itself is challenged by new technology. This is far from clear in the data: WPP’s 19% margins in media buying—the ad business most vulnerable to a more digital approach—haven’t slipped. Such high margins could also be a reason to worry at a time when clients are seeking big savings.

(click here to continue reading Is WPP Cheap Enough to Own? – WSJ.) Really? People don’t like salads? I try to eat a salad a day, sometimes during both lunch and dinner1, not for any particular metaphysical reason, but because I love the taste of a good salad. Apparently I’m in a minority:

Can packaged produce get America out of its salad rut?

Despite decades of nagging to eat more leafy greens and colorful vegetables, the average American eats a salad at mealtime only about 36 times a year. That’s 20% less often than in 1985, when the average annual frequency was 45, according to market research firm NPD Group. Fewer than half of Americans—49%—ate at least one “leaf salad” at home in two weeks, compared with 75% who ate a potato dish and 81% who ate beef.

(click here to continue reading The Salad Is in the Bag: Marketers Hope Adding Veggies Will Get Americans to Eat More Packaged Greens – WSJ.com.)

Many salads I create are served accompanied with the Simpsons “You Don’t Win Friends With Salad” cha-cha (YouTube clip, or when this is taken down, someone else will upload a different version) Steak, Salad and a splash of wine No wonder Obama decided to ultimately support FISA and illegal surveillance of US citizens. You never know where database marketing will lead.

You know, of course, that Obama has your e-mail address. You may not have realized that he probably also has your phone number and knows where you’re registered to vote — including whether that’s a house or an apartment building, and whether you rent or own. He’s got a decent estimate of your household income and whether you opened a credit card recently. He knows how many kids you’re likely to have and what you do for a living. He knows what magazines and catalogs you get and whether you’re more apt to get your news from cable TV, the local newspaper or online. And he knows what time of day you tend to get around to plowing through your in box and responding to messages.

The 5 million people on Obama’s e-mail list are just the start of what political strategists say is one of the most sophisticated voter databases ever built. Using a combination of the information that supporters are volunteering, data the campaign is digging up on its own and powerful market research tools first developed for corporations, Obama’s staff has combined new online organizing with old-school methods of voter outreach to assemble a central database for hitting people with messages tailored as closely as possible to what they’re likely to want to hear. It’s an ambitious melding of corporate marketing and grassroots organizing that the Obama campaign sees as a key to winning this fall.

It isn’t groundbreaking to compile such a database, but it is new in the political arena. Credit card companies, automobile manufacturers, and other corporations have been doing this sort of data mining for several years now, with the statistical models becoming increasingly sophisticated.1

Neither the campaign or its consultants would offer up many details about the operation; what they have is most likely a mix of hard data and predictions based on statistical models. Some very specific tidbits are available from consumer marketing firms; if you’ve ever registered a product — a TV, a computer or a microwave, for example — chances are the campaign knows you own it. Likewise, they know if you’ve signed up for the frequent customer club at your local Whole Foods, or if you’ve joined the American Civil Liberties Union. (Yes, those last two probably make you an Obama supporter). Or whether you own a gun and have a current hunting license. (An indicator you’re less likely to pull the lever for him in November.)

They can add that to what they know about the neighborhood in which you live — even about your specific block — then run all the information through a computer, and voilà: Obama aides can pull up a list of, say, married white men over 30 from an area where people buy a lot of gourmet potato chips and Miller High Life sells well.

For the most part, no one particular piece of information has an overwhelming Democratic or Republican tilt, though there are a few exceptions. For instance, people who live in “multi-unit dwellings” — apartment buildings — tend to be overwhelmingly Democrats, possibly because that one indicator tends to bring others along, like income, neighborhood density and living in a city

May we not return to those scoundrels of old, the illustrious founders of superstition and fanaticism, who first took the knife from the altar to make victims of those who refused to be their disciples?