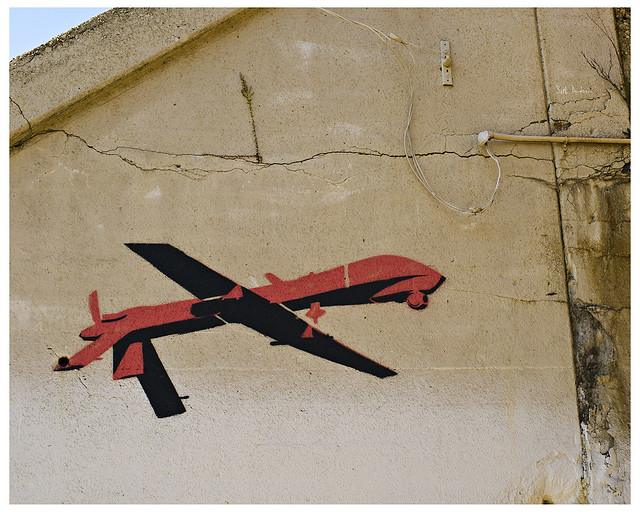 Speaking of Ted “Calgary” Cruz, did you hear the part of the Republican Debate last night where Cruz demanded the US commit war crimes?

CRUZ: Well Chris, I will apologize to nobody for the vigorousness with which I will fight terrorism, go after ISIS, hunt them down wherever they are and utterly and completely destroy ISIS.

You know, you claim it is tough talk to discuss carpet bombing. It is not tough talk. It is a different fundamental military strategy than what we’ve seen from Barack Obama. […]

You want to know what carpet bombing is? It’s what we did in the first Persian Gulf war. 1100 air attacks a day, saturation bombing that utterly destroyed the enemy. Right now, Barack Obama is launching between 15 and 30 air attacks a day. He’s not arming the Kurds.

We need to define the enemy. We need to rebuild the military to defeat the enemy and we need to be focused and lift the rules of engagement so we’re not sending our fighting men and women into combat with their arms tied behind their backs. 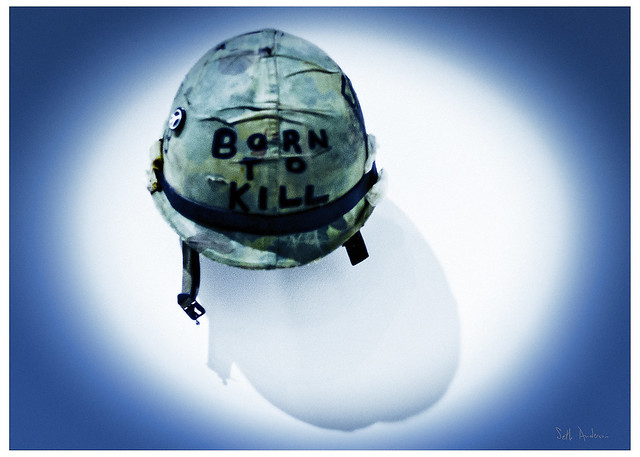 Seriously, even the Pentagon doesn’t think that’s a good strategy, but then Commandant Cruz doesn’t often listen to experts…

The Pentagon on Wednesday criticized proposals to fight the Islamic State in Iraq and Syria (ISIS) that it says would fuel the terrorist group’s recruitment abilities.

“It’s clear from ISIL’s strategy that their objective is to cause us to engage in what they believe is an apocalyptic war with the West,” said Gen. Paul Selva, vice chairman of the Joint Chiefs of Staff, using an alternate acronym for ISIS. “And anything that we do to feed that particular frame of thinking counters our national security, and we have to be very careful about how we prosecute a campaign that appears to be an indiscriminate attempt to attack ISIL and the population that surrounds it.”

“We will carpet bomb them into oblivion,” Cruz said last weekend in Iowa. “I don’t know if sand can glow in the dark, but we’re going to find out.”

[Senator] McCaskill slammed Cruz’s comments, saying that actually carpet bombing Iraq or Syria would kill numerous innocent women and children, prompting some to side with ISIS.

“If we did an indiscriminate carpet bombing of a major area and killed thousands of women and children, would you assume that would have some impact on their ability to recruit misguided barbarians like this couple that took out more than a dozen innocent people last week?” she said, referring to the couple suspected of carrying out last week’s shooting in San Bernardino, Calif. “I would have to assume it would put their recruiting on steroids.”

“I’m going to avoid anything hypothetical,” he said. “What I would say, categorically, is the process you described as your hypothetical question is not the way that we apply force in combat. It isn’t now, nor will it ever be.” 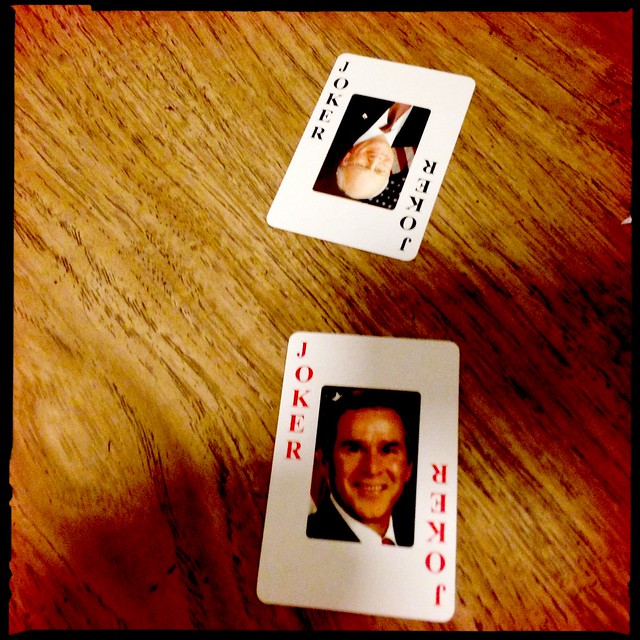 A Couple of Jokers…

Can someone please start a Kickstarter campaign to snatch up Dick Cheney and fly him to The Hague for a War Crimes trial? I know a lot of people that would donate money for that…

In a disturbing interview on “Meet the Press” on Sunday, former vice president Dick Cheney basically taunted ambitious lawyers at the Hague to come after him.

The host of the show, Chuck Todd, read horrific details from the Senate report on “enhanced interrogation” and asked Mr. Cheney if he thought they amounted to torture. Rectal feeding? Keeping a man in a coffin-sized box? Handcuffing another man’s wrists to an overhead bar for 22 hours per day, for two consecutive days?

Mr. Cheney was bullishly nonsensical — refusing to acknowledge a difference between mass murder and torture. Worse, he was unrepentant.

Did any of the details from the report “plant any seed of doubt?” asked Mr. Todd. “Absolutely not,” Mr. Cheney answered.

What about the fact that “25 percent of the detainees” turned out to be innocent?

“I have no problem as long as we achieve our objective” answered Mr. Cheney

I find it really hard to make jokes about how evil Dick Cheney is, but without jokes, he’s a sociopathic monster, and sadly a monster that the rest of the world assumes speaks for America.1 No remorse for torturing innocent people, sometimes to death, no remorse at all. Torture doesn’t provide actionable intelligence in the first place, but torturing people just the heck of it?

This went all the way back to the 70s when Cheney was working in the Nixon and Ford White Houses and thought that the USA was becoming soft and the presidency was losing its juice. He was ready to fix that when he got the chance and he has no regrets. He does not care one bit that he’s considered by millions of people to be a war criminal and a sadist. He got what he wanted.

There are Godwinesque restrictions on certain things we can say about Dick Cheney in public. But I don’t think it’s too much to point out that having him on television saying what he said yesterday is the very definition of the banality of evil. Yesterday morning Dick Cheney, torturer, unrepentant war criminal was presented as just another government bureaucrat doing his job. He will be welcomed into the homes of the political elite like any other former VP, as will the man he went to great lengths to say approved it all: George W. Bush.  In fact, Jeb Bush is widely hailed as the best man to carry on the “Bush tradition” and cognoscenti of all political stripes are cheering on his candidacy.

Think about that: the political establishment believes that the brother of the president who ordered torture and invaded a country on false pretenses — and who has never shown the slightest daylight between his brother’s policies and decision and his own beliefs — is an excellent candidate for the presidency. It’s not even a question as far as I can tell.

(click here to continue reading Hullabaloo – How Cheney planned his move for decades.)

and an excerpt from a powerful post by Hunter of Daily Kos:

Then why are we not continuing it?

Why are we reserving it for suspected Muslim terrorists or collaborators or hangers-on or those named by another tortured suspect, and not, say, against arms smugglers? Against suspected drug importers? Against Swiss bankers who are suspected of laundering money gained in organized crime?

No, forget that—let us presume it to be not a weapon for fighting crime, but a weapon meant only for war. Does that mean that America shall henceforth be torturing wartime prisoners, if we feel they have information we require?

Set aside the relevant laws and treaties—does only America get to torture prisoners? Are we declaring that wartime torture of prisoners work, and therefore should be used, as international policy statement or as statement that America alone ought to benefit from the manifestly successful tool of torture? We are comfortable, then, with the notion that our own soldiers will be similarly interrogated by opposing forces or groups, and due to our understanding of the military significance of the irreplaceable results to be gleaned, we will acquiesce to the treatment, and will not seek to prosecute those that torture our own citizens?

Or are we, indeed, the declared exception to this rule? We may torture to the point of broken bones, blood clots, mental incapacitation or—oops—the occasional death, but only us, due to our manifest and unique need to do so?

That is where I am stumped, and where, over a decade of debate, we continue to make no progress whatsoever in the conversation. Sen. John McCain can ask the question or I can ask the question; it makes no difference. Whether it be the past vice president or any of the various pundits of the punditry litter, the declaration that our torture of prisoners has been manifestly successful is always where the debate abruptly trails off, like the author has suddenly remembered they have somewhere else to be. There is never an answer on why we have used international law to put torturers to death for past interrogations considered similarly manifestly successful by their nations’ advocates, and no opinion given on whether we shall be withdrawing from those treaties in the future or merely ignoring them if we feel it would be manifestly successful to do so. There is no citation as to what ought to be done against those that treat our soldiers similarly in the future. We are simply told that we will torture, perhaps under euphemism if the wordsmiths object to the older word, because it generates “results.” Full stop. The rest is just left hanging in the wind like a noose from a tree.

(click here to continue reading Of all the torture defenses, ‘because it works’ is the most troubling.) As our government was making a fraudulent case to attack Iraq in 2002-2003, the MSNBC television network was doing everything it could to help, including booting Phil Donahue and Jeff Cohen off the air.  The Donahue Show was deemed likely to be insufficiently war-boosting and was thus removed 10 years ago next week, and 10 days after the largest antiwar (or anything else) demonstrations in the history of the world, as a preemptive strike against the voices of honest peaceful people. From there, MSNBC proceeded to support the war with mild critiques around the edges, and to white-out the idea of impeachment or accountability.

But now MSNBC has seen its way clear to airing a documentary about the fraudulent case it assisted in, a documentary titled Hubris. This short film (which aired between 9 and 10 p.m. ET Monday night, but with roughly half of those minutes occupied by commercials) pointed out the role of the New York Times in defrauding the public, but not MSNBC’s role.

click here to view: Hubris Isn’t the Half of It

To Generalize is to be an Idiot. To Particularize is the Alone Distinction of Merit—General Knowledges are those Knowledges that Idiots possess.