For some reason, watched this film earlier today for the first time.

Life in the year 2274 is a carnival of pleasures — until you hit age 30. An all-powerful state kills those who reach their third decade, and cop Logan 5 (Michael York) is in charge of capturing “runners” who try to escape their fate. It’s a nice gig until he reaches the “golden age.” Logan’s Run offers an inventive vision of a dark paradise.

Moderately amusing, 1970s cocaine and free-love film. Not sure how Logan’s Run won any Oscars, must have been an off-year for special effects.

Farrah Fawcett-Majors is an absolutely horrible actress, at least in this film. I mean, embarrassingly bad. Yikes. Nobody’s performance is really good, but she is cringeworthy.

As I sat through some of the more eye-rolling sequences, I thought Logan’s Run would be a good candidate for a modern update. The premise was sort of interesting, but the execution was weak. Current social mores wouldn’t have a problem with the free-love aspect, nudity, nor the drug use, if handled with precision and humor. Apparently, I don’t have to write a treatment, as the remake is already in the works. [IMDb entry]


In a future where the masses are systematically put to death upon reaching a certain age, those who attempt to cheat death are dubbed “runners” and pursued by formidable operatives known as Sandmen. Logan is a Sandman who is fast approaching that fateful age, and when he decides to run the stage is set for the ultimate chase. Former commercial filmmaker Joseph Kosinski makes his feature directorial debut with a low-tech sci-fi thriller written by Tim Sexton, and inspired more by William F. Nolan and George Clayton Johnson’s 1967 novel than the 1976 feature starring Michael York and Jenny Agutter.

Contains deleted and alternate footage. The primary audience for this long preview were theater owners.

Fox News aka Faux News is journalism for those who despise journalism. I assume Bill O’Leilly will edit this footage to make it appear that Moyers won’t appear on Fox “News”.

I still wish Bill Moyers would run for President.

At the National Conference for Media Reform 2008. Fox personality Bill O’Reilly producer, Porter Barry ambushes PBS Bill Moyers to pepper him with questions regarding his political affiliations and his “refusal” to appear on O’Reily’s show. Moyers disputes Fox’s “facts.”

Uptake Political Correspondent Noah Kunin was nearby and obtained this raw video. 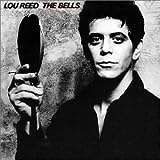 New York Mag: Sirius’s impending merger with XM is anticipated to boost earnings. Do you own any stock in the company?
Lou Reed: What are you, a fucking asshole? I’m here telling you the truth about music and you want to know if I have stock in the fucking radio? You fucking piece of shit. What did I do to deserve that?

NYM: Moving on. You’ve got a film out, you’ve got your radio show, you’ve got a new book of photography coming up — is there a new album in the works?
LR No. Nothing I feel like talking about. Good-bye.

[From Lou Reed Wants to Talk About His New Radio Show, Does Not Want to Talk About Money — Vulture — Entertainment & Culture Blog — New York Magazine]

Saturday Night Live has sucked for many, many years, but for some reason I did watch this particular episode live (probably the only SNL episode I saw in the 90s, or nearly)

People banned from SNL – Infamous moments in Saturday Night Live history – Zimbio
Sinéad O’Connor was banned from appearing on SNL again after her peformance on October 3, 1992. In her second set of the show, she performed an a cappella version of Bob Marley’s “War”. During the word “evil”, she picked up a picture of Pope John Paul II, ripped it up, and shouted, “Fight the real enemy!” Dave Wilson immediately turned off the “applause” cue and the audience reacted with complete silence. NBC received many complaints about this within a matter of minutes. At the end of the show, host Tim Robbins, who was raised Catholic, refused to give O’Connor the customary “thanks” for being the musical guest.

Note: To this day, NBC refuses to lend out the footage of the performance to any media outlet, and they edited out the incident from the syndicated version of the episode, replacing it with footage from the dress rehearsal taped earlier in the evening.

The influential alternative group The Replacements were banned from the show due to their behavior after they appeared on the show on January 18, 1986 to promote their first album with Sire Records, Tim. When it came time for them to perform their first number, “Bastards of Young,” they were intoxicated and several cast members were unsure whether they could perform. Lead singer Paul Westerberg would further aggravate circumstances when he yelled “fuck” to the crowd during “Bastards of Young”. The band went on to perform one more song, “Kiss Me on the Bus”.

Cypress Hill were banned from appearing on SNL again after their performance as the musical guest on the October 2, 1993 episode, where DJ Muggs lit up a marijuana joint on-air and the band trashed their instruments after playing their second single “I Ain’t Goin’ Out Like That.”

On December 17, 1977, Elvis Costello and the Attractions performed as a last-minute replacement for the Sex Pistols, who were unable to obtain passports. NBC and the show’s producer Lorne Michaels didn’t want the band to perform “Radio Radio”, since the song protests the state of the media. The band defied them by beginning to play their song “Less Than Zero”, stopping, with Costello telling the audience that there was no reason to do that song, and telling the band to play “Radio Radio” instead. It infuriated Michaels because it put the show off schedule, and the band were barred from performing again.

Fear was banned from playing again after the 1981 Halloween episode. With Donald Pleasence as host, the band played that night by request from Fear fan John Belushi, and they proceeded to play offensive songs (“I Don’t Care About You” and “Beef Balogna” among others) and bus in “dancers”. The band also used obscene language and the dancers destroyed the set with their slam dancing onstage. The situation was out of control to the extent that the damage of studio equipment forced Dave Wilson to end the three-song performance by cutting the audio and video to a commercial as they started to play “Let’s Have a War” .

Note: The episode has not been rebroadcast on NBC.

SNL should move to HBO and make themselves relevant again (or a comparable performance troupe). I wonder if any of these are available on YouTube? Probably not. If you find any, please leave reference in comments.