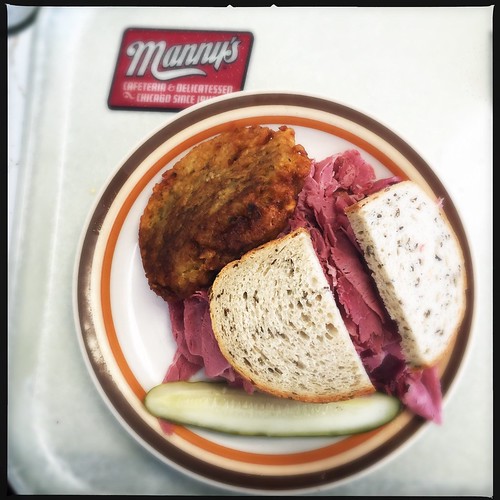 A little more than two weeks ago, the Chicago City Council took a bite at third-party delivery-service fees, imposing a 15% cap on fees that sometimes reached 30% previously.

Tuesday… DoorDash announced the imposition of a “Chicago fee,” a $1.50 charge added to all orders placed at city restaurants.

The new fee is charged to customers, not restaurants, so is not affected by the Chicago ordinance.
Customers ordering through DoorDash saw a $1.50 “Chicago fee” added to their orders. By clicking on that fee, the following explanation appeared:

Chicago has temporarily capped the fees that we may charge local restaurants. To continue to offer you convenient delivery while ensuring that Dashers are active and earning, you will now see a charge added to Chicago orders.”

A kind of fcku you to Chicago diners, I would say.

“This disgraceful fee is an outright attempt to pass this IPO of $3 billion,” he said. “Just pile on more fees and pass their IPO; that’s the only thing I can think of.”

Calling it a Chicago fee might also cause customers to think the charge is a city charge, Waguespack said.

“They might think it’s the city dinging them for an extra $1.50,” Waguespack said. “It doesn’t say ‘DoorDash fee,’ it says ‘Chicago fee.’ I think that’s their intention — to stick it to the city.

“It’s that kind of vulture capitalism mentality — we can do it, so we’re going to do it,” Waguespack said. “The billions of dollars (via the IPO, if successful) isn’t enough; they have to take this too.” 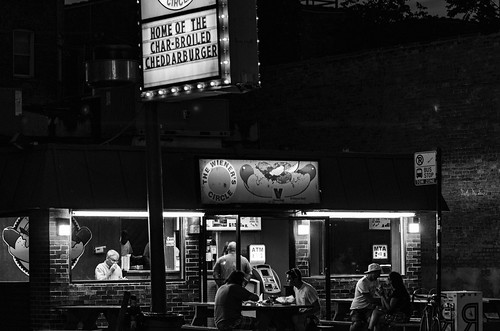 Especially in light of:

The sudden onset of the pandemic in March sent the restaurant industry into a death spiral. Working in a notoriously low-margin business, many couldn’t withstand weeks of limited or no indoor dining. As a result, about one in six restaurants nationwide has closed permanently, and as of September nearly three million restaurant workers had lost their jobs.

Under pressure to pay rent and retain workers, some restaurants turned more of their attention to delivery, particularly from app-based companies like DoorDash, UberEats and Grubhub. Few restaurants that hadn’t done delivery in the past had the time or money to create their own delivery service, which typically brings in less money than dining rooms, where customers are more apt to order more profitable items like appetizers, desserts or a second round of drinks.

These restaurants have quickly found that the apps, with their high fees and strong-arm tactics, may be a temporary lifeline, but not a savior. Fees of 30 percent or higher per order cut eateries’ razor-thin margins to the bone. And a stimulus package that would bolster the industry has stalled in Congress, even as states and municipalities enact new limits on both indoor and outdoor dining.

…the fees are also funding a consolidation among the four largest players that together represent an estimated 99 percent of delivery market share and which will give them greater pricing power.

Though still unprofitable, Uber this month completed its acquisition of Postmates in a $2.7 billion deal. And DoorDash, also a money loser, is going public this week with hopes of raising more than $3 billion from investors. DoorDash’s I.P.O. will net already wealthy investors billions in profits, particularly galling as restaurants wither.

Dan Raskin, an owner of Manny’s Deli in Chicago, said his greatest frustration was the companies’ unwillingness to share customer information with him. That means he cannot verify their claims that they are bringing him new customers. Worse, they appear to be using that data to create competing virtual restaurants — which have no dining rooms, offer multiple cuisines from one location and operate only on the apps. 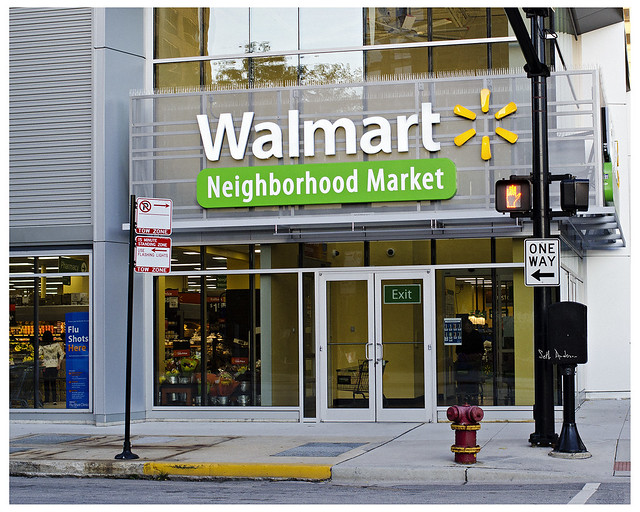 Black Friday is a scourge on our nation, imo. Celebrating shopping as religion is anathema to me. If your life is so empty and meaningless that you have to fill it with cheaply made consumer goods manufactured in sweat shops in third world countries, I feel sorry for you.

[A] group that wants Wal-Mart1 to pay higher wages is again planning several protests at Wal-Mart stores on Black Friday, traditionally the busiest shopping day of the year.

OUR Walmart said this year’s protests will be the group’s “biggest Black Friday mobilization ever,” with major protests planned in cities including Chicago. The protests are the latest round of actions aimed at Wal-Mart and follow nearly two years of protests against fast-food chains, including McDonald’s.

OUR Walmart, a group of current and former Wal-Mart workers that pays dues to and is supported by the United Food and Commercial Workers International Union, is calling on Wal-Mart to raise hourly wages to $15 and provide more consistent hours and full-time jobs.

The group said it is planning big protests in cities such as Chicago, Dallas, Denver, Los Angeles, Minneapolis, Washington, D.C., and Tampa, Fla. In Chicago, it plans to protest at 9 a.m. Nov. 28 at the Wal-Mart at Presidential Towers, 570 W. Monroe St.

Also, if Walmart paid a living wage to its employees, our society as a whole would benefit. As it is, the Walton family are gazillionaires, having more money than most countries, and yet pay their employees so little that the employees have to resort to tax-payer funded welfare programs to stay alive. The Waltons would do well to change things for their workers, you never know when a 21st C.E. Maximilien François Marie Isidore de Robespierre will arise, and send the gazillionaire class to the guillotine, gilded truffle cake in hand.

From Our Walmart’s press release:

Calling for better jobs, Walmart workers and community supporters across the nation are holding 1500 protests against the mega-retailer today, in one of the largest mobilizations of working families in recent history. As part of the protests already underway, workers, faith leaders and community supporters are risking arrest in at least nine major metropolitan cities, outraged that with $17 billion in profits, Walmart continues to pay many workers poverty wages. Workers and supporters are calling for an end to illegal retaliation, for Walmart to publicly commit to paying $25,000 a year and to provide more full-time work.

Workers and supporters are set to take peaceful civil disobedience in major cities from coast to coast, including Los Angeles, Chicago, the Bay Area, Seattle, Dallas, Sacramento, Secaucus, Minneapolis, and Washington, D.C. The group has been emboldened by revelations from Walmart’s CEO that as many as 825,000 workers are paid less than $25,000, while the Walton family’s wealth totals over $144 billion – equal to that of 42% of Americans.

“We refuse to live in fear. And we refuse to accept scraps. That’s why there have been so many strikes and protests this month,” said Dorothy Halvorson, a Walmart employee in Placerville, California, who has worked at the store for 11 years and plans to take part in civil disobedience today. “We know that we are closer to change at Walmart than ever before – and it’s clear that Walmart knows it too. We won’t stop protesting until we get change. This Black Friday is historic, and we will only grow stronger from here.”

Public speaking is the art of diluting a two-minute idea with a two-hour vocabulary.