Speaking of musicians I don’t know much about, I had a dream about Gene Chandler last night. I have an album of his, a compilation of his mid-to-late 1960s tracks called Soul Master, and a couple of miscellaneous tracks. I know he was affiliated with the great Curtis Mayfield, and was also from Chicago, but other than that, don’t know much off the top of my head.

Gene Chandler (born Eugene Drake Dixon on July 6, 1937) is an American singer, songwriter, music producer and record label executive. Nicknamed “The Duke of Earl” or simply “The Duke”, he is best known for his most successful songs “Duke of Earl” and “Groovy Situation” and his association with The Dukays, the Impressions and Curtis Mayfield.

Gene Chandler was born Eugene Drake Dixon in Chicago, Illinois, on July 6, 1937. He attended Englewood High School on Chicago’s south side. He began performing during the early 1950s with the band The Gaytones. In 1957, he joined The Dukays, with James Lowe, Shirley Jones, Earl Edwards and Ben Broyles, soon becoming their lead singer. After his draft into the U.S. Army he returned to Chicago in 1960 and rejoined the Dukays. 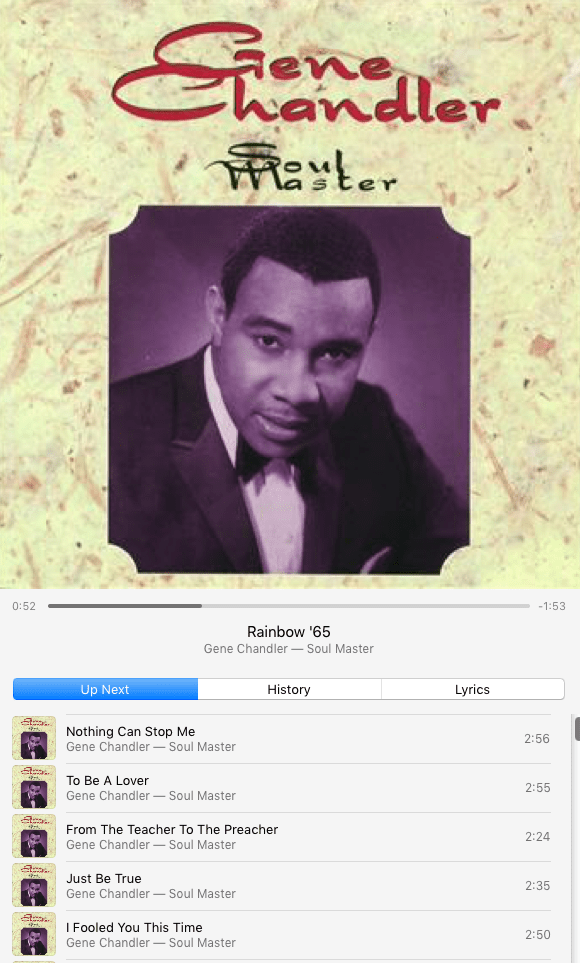 Anyway, I dreamt that Gene Chandler, before he was successful, was friends with Jimi Hendrix before he was successful. This could actually be true, but I don’t know for certain. Jimi Hendrix did tour as a guitarist with a lot of the R&B acts of the time. In my dream, Gene Chandler had a day job which required him to go into a studio and record 10 or 12 new bass guitar riffs for inclusion in someone else’s song, or other commercial purposes. In my dream, Jimi Hendrix sat in for a day, substituting for Gene Chandler. Chandler’s riffs were straight forward R&B shuffles, but Hendrix came up with some weird, funky, super catchy riffs. I wish I could recall what they were, I’d probably have fun playing them, if I had a bass guitar.

Other people’s dreams are notoriously difficult to parse, but I’m noting a dream I had a couple nights ago because I remembered it a moment ago, and it made me giggle. In my dream, I was writing a long blog post about the new trend of naming apartment complexes and high-rise condominiums after the titles of Smiths songs. In my dream, I had a print out of two sheets of paper worth of new dwellings named this way.

If you are at all familiar with The Smiths oeuvre, you’ll know that is utterly ridiculous.

For instance, can you imagine living in a place called:

or in a condo called

Rush And A Push And The Land Is Ours

Your guess is as good as mine as to what my subconscious was attempting to convey to my conscious brain. I haven’t even been listening to The Smiths recently (though I periodically do queue up Smiths LPs; if I made a list of my top 100 bands, they would probably make the cut, or just miss it.)

When you’re traveling, you are what you are right there and then. People don’t have your past to hold against you. No yesterdays on the road.