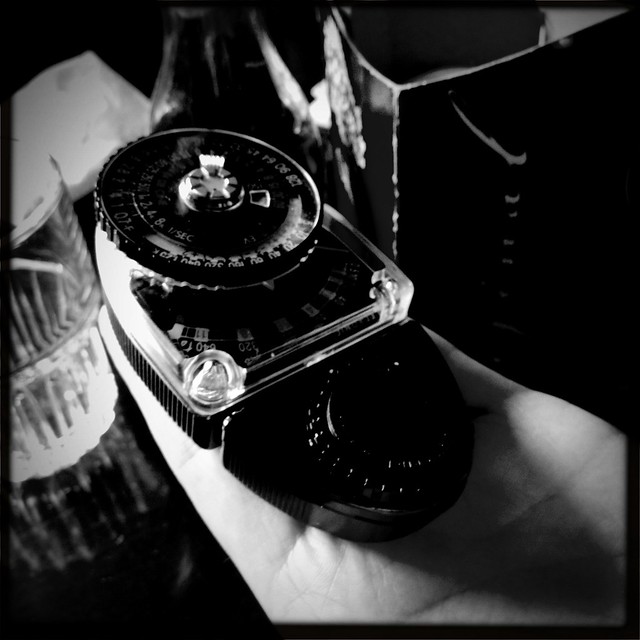 There is a trend towards so-called authenticity in many fields. Reuters and perhaps some other news organizations no longer accept photos shot as digital RAW files. If you want your photo published by Reuters, you have to use your camera only as a recording device:

Reuters, the news and photography agency, has issued an outright ban on photographs captured and submitted in RAW format. Instead, freelance contributors must now only submit photos that were processed and stored as JPEG inside the camera.

According to Reuters, there are two reasons for this move. First, there’s the matter of alacrity: RAW images need to be processed by the photographer, which takes time—and when you’re reporting on a breaking story, sometimes you don’t have time. The second reason is much more contentious: Reuters wants its photographs to closely reflect reality (i.e. be journalistic), and it’s concerned that some RAW photos are being processed to the point where they’re no longer real.

“As photojournalists working for the world’s largest international multimedia news provider, Reuters Pictures photographers work in line with our Photographer’s Handbook and the Thomson Reuters Trust Principles,” a Reuters spokesperson told PetaPixel. “As eyewitness accounts of events covered by dedicated and responsible journalists, Reuters Pictures must reflect reality. While we aim for photography of the highest aesthetic quality, our goal is not to artistically interpret the news.”

Many photographers on Flickr and elsewhere boast about how little processing they perform on their photos. Perhaps this is a natural reaction to the digital photography world, filled with HDR photos looking like SciFi films, or over-saturated to the point of eye bleeding, or Instragram images where a photo is often tweaked with a filter with but a few seconds consideration. It is true that new photographers often over-process their photographs, yet that doesn’t make processing a tool to shy away from, only that someone has not yet learned to process well. I remember when I first starting fooling around with Photoshop with scanned prints: it was so easy to make gaudy, weird and obviously digital manipulations, I was learning how to use the tools. None of those experiments are online, or few, but I consider it part of the process of learning.

There was this example too:

You’ve probably heard by now that Steve McCurry is the latest to be caught up in a manipulation scandal. PetaPixel has reported that several examples of excessive Photoshopping of McCurry photos have come to light. A Facebook user named Gianmarco Maraviglia found this example: Study that for a couple of minutes and you can see how deep the changes go. Not as bad, arguably, as the example of the soccer-playing boys on PetaPixel where a whole person was removed. A photograph is in part a witness, and that’s part of what makes it unique: At that moment, that boy was there. He might not have been, but he was. The look of the world is inconvenient to our picture-contriving intent. But that’s part of what makes it so mysterious and rich.

By the late 1970s, the fundamental difference between photography and all the other methods of creating visual art had been worked out more or less completely. Photography was a matter of “hand and eye,” in the words of John Szarkowski, of recognition followed by the recording of the lens image more or less in an instant, and more or less as the lens saw it. Painting and other “plastic” (i.e., malleable) arts involved a back-and-forth over time: look, contemplate, evaluate, make changes; look, contemplate, evaluate, make more changes; and so on over and over, a process that could continue for days or weeks or even years.

(click here to continue reading The Online Photographer: The Ugliness of Beautification.) 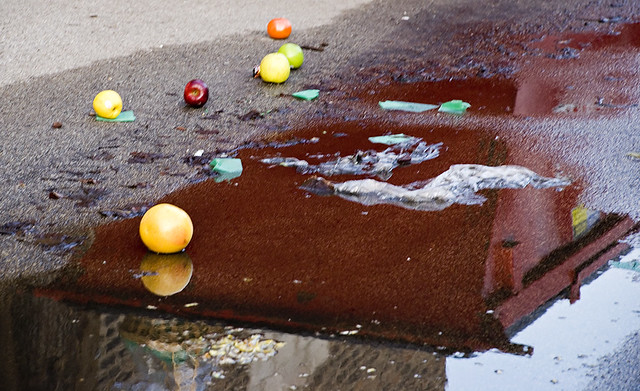 Capturing the decisive moment is important, but much of what makes a photo a piece of art is more than just the mechanics. There is no one, perfect way to paint an apple or the curve of a woman’s hip, similarly, there is no ideal way to take and process a photograph. Art is expression, every artist has a different vision, whether or not they are new to the craft, or a seasoned professional, or somewhere in the middle, like myself. 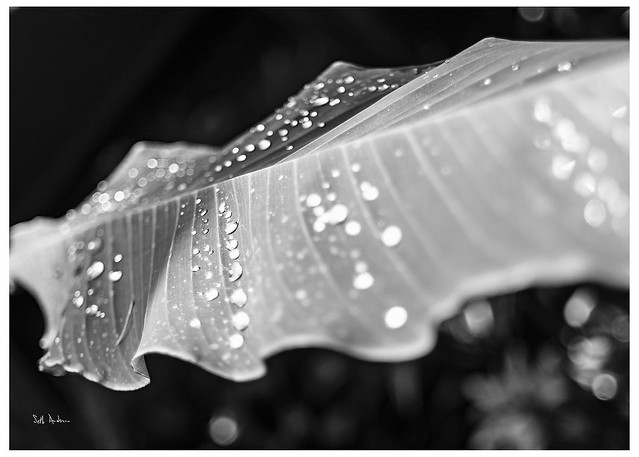 Let The Words Roll Off Where They May

Most black and white photos you see these days are actually shot in color, that’s a manipulation. Digital cameras capture red, green, blue, that is not the same as an analog film camera with different kinds of film stock.

Nearly 98% of the time, I crop a bit or a lot (I typically use a 5×7 ratio to crop, a 1.4 ratio, my camera is more like 16 x 11, a 1.5 ratio), 99% of the time, I enhance color contrast, and boost saturation. I don’t usually remove elements – other than by cropping – but I have occasionally removed a distracting car fender, or telephone wire. Composition is more often handled at time of photograph, but sometimes as a street photographer, you don’t lots of time to frame and mentally crop. Photoshop allows me to continue the work at a later time. I use filters to change the dominant color mood of a photo – turning water from brackish green to aquamarine for instance; or use a filter to emulate various film stock: Velvia, T-Max, Tri-X 400, or Ilford, sepia, cyanotype, etc.

I reject that photography has to be journalistic and nothing else. Speaking for myself, of course, I’m more interested in artistic expression, using the language of film, and the language of poetry to capture the myriad facets of the world around me, in all its ragged, incomplete glory.

Photography in the digital age is different than most other art forms. Here is why. 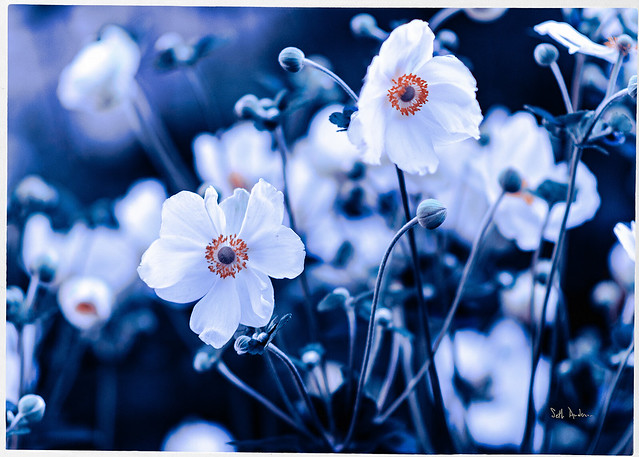 First the photographer must take the photo. What does this action entail? A whole litany of things, beginning with identifying something interesting enough to photograph, then properly framing the interesting aspects, composing the shot, deciding about depth of field, shutter speed, and more. Depending upon the kind of photograph, you may have time to think through all these implications, but for the kind of photography I usually practice, instinctual, learned reactions are best, or else the moment may be lost. In the pre-digital days, there was also the complication of what film you had in your camera at the moment. I guess if you were a professional, you maybe didn’t mind switching out rolls of film mid-stream, but that was probably unusual. In the digital era, ISO settings can be tweaked from shot to shot.

The second part of the process1 is processing the image. Currently my digital darkroom contains two main tools: Adobe Lightroom, and Adobe Photoshop CS 62. I have all of my digital images stored in Lightroom3 and when I’m in the proper mood, I browse through them, searching for an image to work on. I use Smart Collections in Lightroom, which is a way to automatically sort images into groups: by camera, by lens, by aperture, by year taken, by kind of image4, and so on. Sometimes I’ll work on photographs that I took recently, especially if there is some topical, photojournalism reason5, but more often I’ll work on an image I took long ago. During the photographing session, I may think I’ve taken a good photo, but later when I’m looking at the image while sitting in front of my computer, perhaps I see a flaw6, or perhaps I stumble upon something I took long ago but forgot about and work on that instead.

In the pre-digital age, I would make contact sheets of images from a particular roll of film, then decide which of these to work on in a darkroom, having Lightroom eliminates that tedium. Not to mention that the chemicals required in a darkroom cannot be good for one’s health! 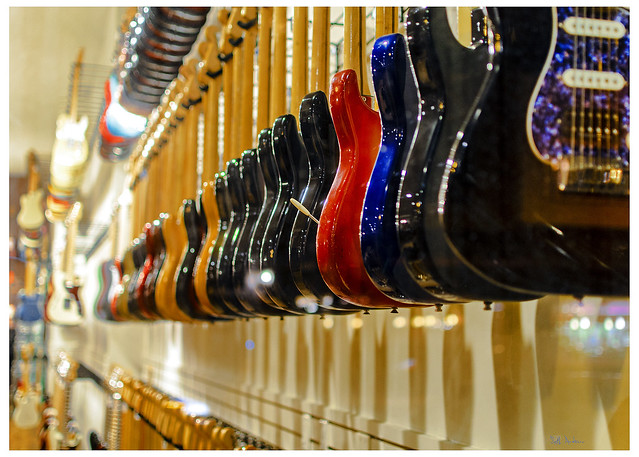 Don’t Say I Never Warned You

Once I decide, I open the image in Photoshop, adjust exposure, contrast, highlights, shadows, cropping, angle, whites, blacks, clarity, vibrance, saturation, white balance, lens distortion, and other tweaks. Some images are easy – they are what they need to be without much brainwork from me, many images take longer. I often convert color images to black and white, sometimes rather easily because that is what the image wants to become, but sometimes this process takes quite a while. I currently use two third party filters: the Nik Collection7 for color and contrast tweaking, and Alien Skin’s Exposure – which emulates film stock from various films.8

The second part of creating a photograph is a much different process than the first. In fact, the two processes use quite different skill sets, and require a much different state of mind. I prefer to wander the streets, headphones on, snapping photographs. Traveling to somewhere new helps focus the eye, but as Heraclitus noted, “δὶς ἐς τὸν αὐτὸν ποταμὸν οὐκ ἂν ἐμβαίης.”9. I guess this is why I don’t take that many portraits: portraits require many photos of the same subject, I get bored by that. My style of photography is to snap only one or maybe two photographs of any particular subject at any particular time.  For the processing aspect, I have to be able to concentrate at my computer, ideally without distraction, not always an easy request.

Other art forms are not the same. Painters may sketch what they are going to put down on canvas, or not, but the sketch is only tangentially related to the finished work. Writers might create characters, and back story, but again, the finished work is a different thing. Musicians practice, create riffs, but playing the song is in the moment of the song. Photographers work differently. I guess you could argue that the photographing process is collecting raw material, but that’s not quite accurate because if you don’t take a good photograph, you aren’t going to be able to save it in your digital darkroom, you just won’t. 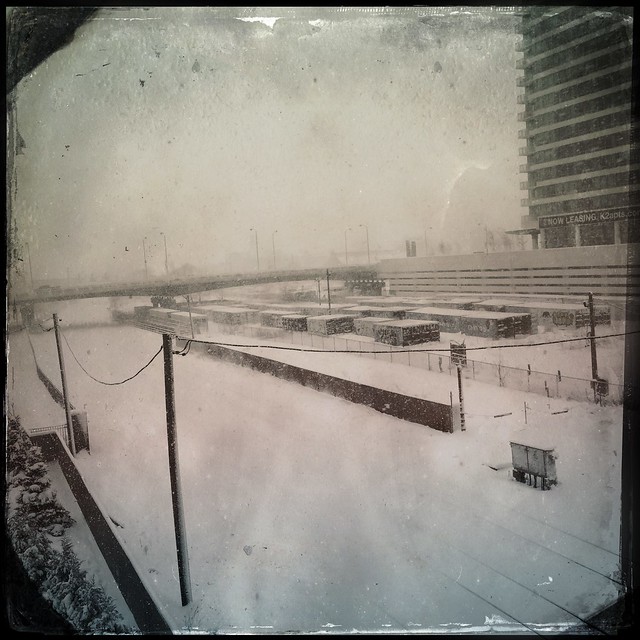 A final thought: there is another type of photography that doesn’t involve processing images much. Namely, instant photographs, or in the digital age, images created with smart phones. I use the Hipstamatic app, but there are other similar photography tools, and part of the fun is that the photograph you’ve just taken is finished. You don’t have to go home and work on it, the image is already ready to be shared. Accidental self portrait in a mirror Laugh and the world laughs with you, snore and you sleep alone.