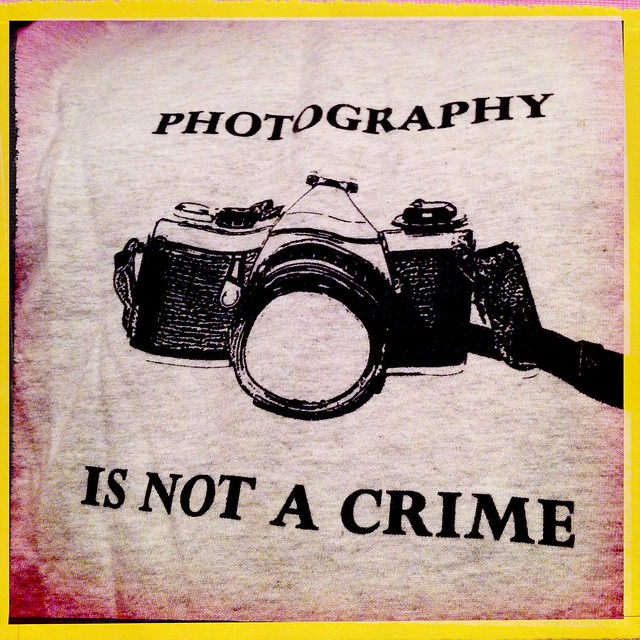 Photography is Not A Crime.

An unexpected surprise from Tea Party stalwart, Steve Stockman of the 36th district of Texas. [edit – Rep Stockman is no longer in office]

To restore the First Amendment Rights of Photographers.

Be it enacted by the Senate and House of Representatives of the United States of America in Congress assembled,

This Act may be cited as the “Ansel Adams Act”.

Congress finds as follows: (1) In recent years, the Federal Government has enacted regulations to prohibit or restrict photography in National Parks, public spaces, and of government buildings, law enforcement officers, and other government personnel carrying out their duties. (2) In recent years, photographers on Federal lands and spaces have been threatened with seizure and forfeiture of photographic equipment and memory cards, and have been arrested or threatened with arrest for merely recording what the eye can see from public spaces. (3) Even in the absence of laws or regulations, Federal law enforcement officers, other government personnel, and private contractors have been instructed to prohibit photography from public spaces, and threatened photographers with arrest or seizure of photographic equipment. (4) Arresting photographers, seizing photographic equipment, and requirements to obtain permits, pay fees, or buy insurance policies are abridgments of freedom of speech and of the press. (5) The First Amendment of the United States Constitution states, “Congress shall make no law . . . abridging the freedom of speech, or of the press.”. (6) Still and motion photographs are speech. (7) The photography by Ansel Adams and other famous photographers helped bring home to Americans the beauty and fragility of our natural resources. (8) Ansel Adams’ photographs helped build public support to make Yosemite into a National Park. (9) Future “Ansel Adams” must not have their paths blocked, regulated and made more expensive with fees and fines, or be threatened with arrest and seizure of their equipment.

(a) In General.–It is contrary to the public policy of the United States to prohibit or restrict photography in public spaces, whether for private, news media, or commercial use. (b) Should a Federal agency seek to restrict photography of its installations or personnel, it shall obtain a court order that outlines the national security or other reasons for the restriction. Such court order shall allow restrictions of photography when such photography may lead to the endangerment of public safety or national security. Nothing in this Act shall restrict Federal agencies from taking lawful steps to ascertain whether or not photography may consist of reconnaissance for the purpose of endangerment of public safety or national security or for other unlawful activity. Nothing in this Act shall be construed to repeal, invalidate, or supersede section 795 of title 18, United States Code. (c) Prohibition on Fees, Permits, or Insurance.–No Federal Government agency shall require fees, permits or insurance as a condition to take still or moving images on Federal lands, National Parks and Forests, and public spaces, whether for private, media, or commercial use. (d) Prohibition on the Seizure and Forfeiture of Photographic Equipment.–Federal law enforcement officers or private contractors shall not seize any photographic equipment or their contents or memory cards or film, and shall not order a photographer to erase the contents of a camera or memory card or film.

Since it is something proposed by Rep. Stockman, I’m suspicious of the fine print, but from a brief glance, this is a welcomed law. 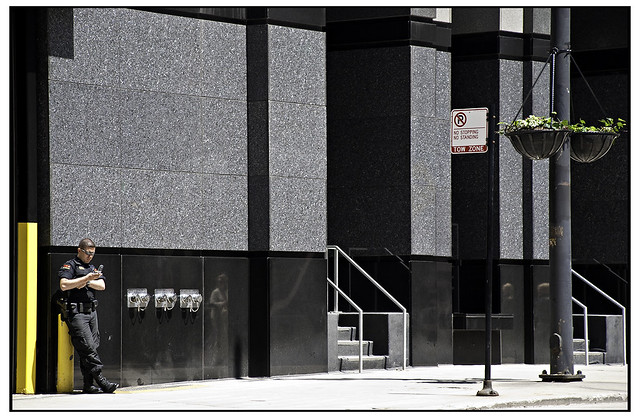 I wonder if it will curtail the propensity of certain security firms from blocking photography. Boeing is the most obvious culprit, but there are other buildings where a photographer is nearly always harassed from taking a photo, even when standing on the public sidewalk.

In the United States, the work of photographers and photojournalists is protected under the 1st Amendment which states: Congress shall make no law respecting an establishment of religion, or prohibiting the free exercise thereof; or abridging the freedom of speech, or of the press; or the right of the people peaceably to assemble, and to petition the Government for a redress of grievances. And, in a perfect world, the constitutional rights granted by the amendment would never be violated. But, perfect the world is not and it seems like photographers are being unjustly accosted on a regular basis.

Think of all the news stories you’ve read that pretty much read the same: a photographer from Any City, USA was arrested, threatened with arrest, threatened with seizure of equipment, or otherwise harassed for exercising their First Amendment right of taking photos in a public place. A quick search on DIYP alone using the “Photography Is Not A Crime” keyword yields you a dizzying amount of such stories. Not to mention the motions made by the Federal Government, which restrict and sometimes prohibit photography in National Parks.

edit, and I don’t know how I missed this, but this bill was put on the floor in the 113th Congress, and Steve Stockman didn’t win election to the 114th Congress, so I’m guessing the dream is dead…