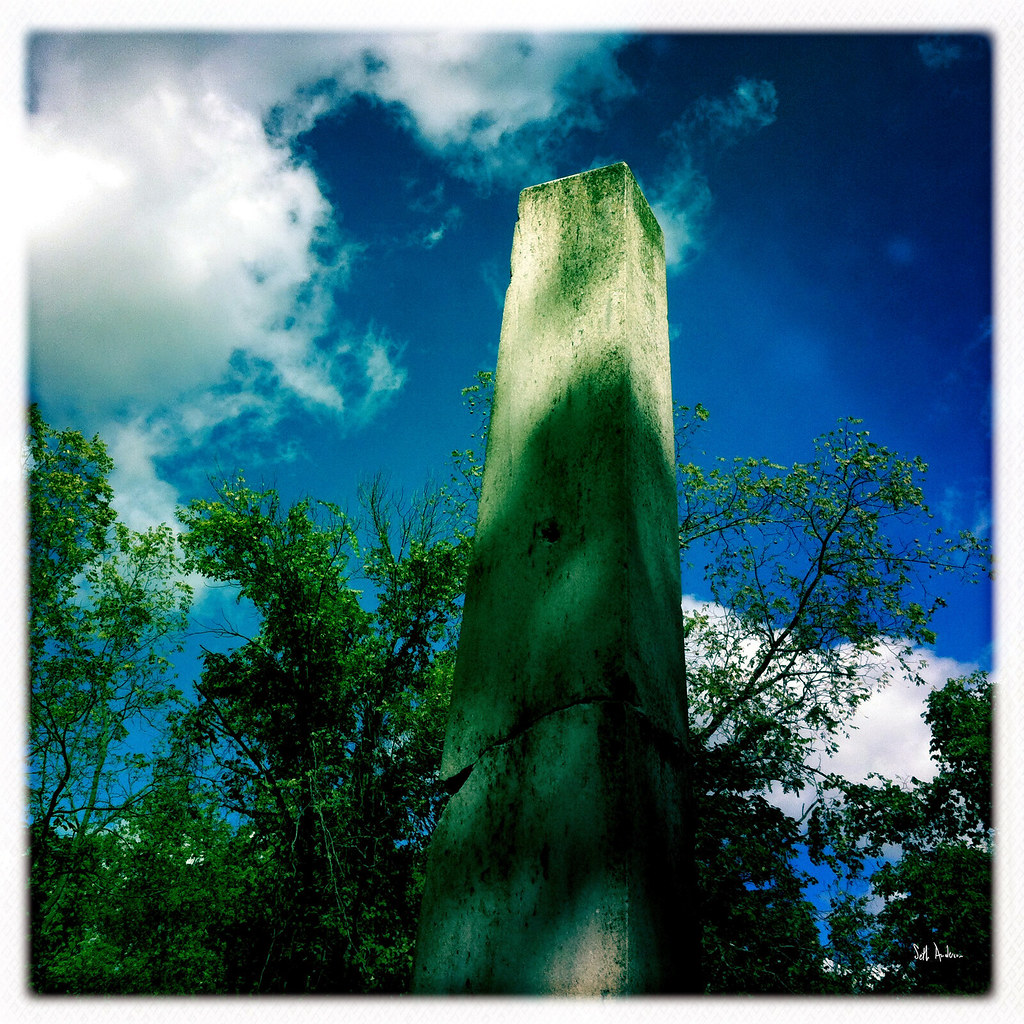 This looked like an obelisk to me, which reminded me of religion.

Ricky Gervais said it best:
The dictionary definition of God is “a supernatural creator and overseer of the universe.” Included in this definition are all deities, goddesses and supernatural beings. Since the beginning of recorded history, which is defined by the invention of writing by the Sumerians around 6,000 years ago, historians have cataloged over 3700 supernatural beings, of which 2870 can be considered deities.

Any clod can have the facts, but having opinions is an art.