Continuing a half-assed tradition, these are albums I liked that were new-to-me in 2019, and some honorable mentions. Many from used stores, not all. In no particular order, just as I am scrolling through my 2019 Albums iTunes playlist, and queuing ‘em up… 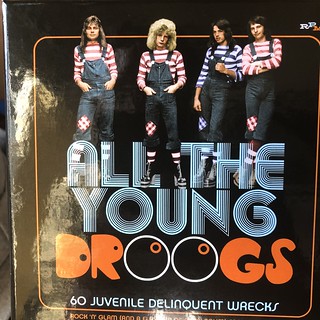 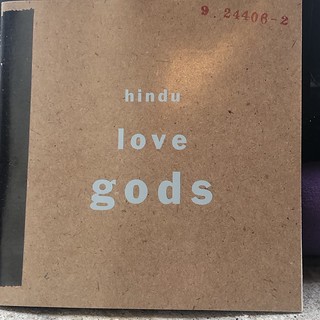 A few incomplete’s: albums I haven’t yet heard enough times to form an opinion

And finally, don’t think I got any real duds this year, at least that I remember being irritated by, and irritated at myself for purchasing. If I remember any, I’ll add ‘em later.

Plugged headphone into iPod containing 27,773 songs1, hit shuffle, and here’s what emerged. Added a two mile run on the treadmill to the beginning of this mediation, which did require me to skip an 8 minute cello piece; cannot keep a steady pace unless the music is moving too.

Part of the fun for me of this project is stretching my memory: can I remember what my impressions about a song are later when I am in front of a computer? Listening to music is, and has been, my most favored hobby for nearly my entire life, but I would not assert that I am an astute critic of what I hear. I’ll never get better explaining what I like and don’t like unless I try. Odds are, I’ll tire of it soon enough, and go back to mostly blogging about politics and corporate corruption.

Haven’t gotten bored with this game yet- lower the lights, go into the sauna-pod, put on the headphones, and hit shuffle on my iPod. Here’s the latest results:

Immersed myself in my meditative tube, put on my headphones, and hit shuffle on the iPod. Here’s what played:

Today’s play list had a few duds on it, guess that’s part of the randomizer fun. Better luck next time…

Today’s edition of Songs That Played During My Meditation Time1

all in all, a pretty good meditative soundtrack

Another edition of Songs That Randomly1 Played While I Was In My Meditation Pod. I’m not good with “Best Of” lists, as my taste are too mercurial to lock down, so these meditations will have to suffice…

Non-Sequitur alert: a random playlist, as generated tonight during my meditation1. Ignore the goofy formatting and crazy number scheme, I made a typo in the HTML, and didn’t want to go back and redo all the code.

If you live each day as if it was your last, someday you’ll most certainly be right.