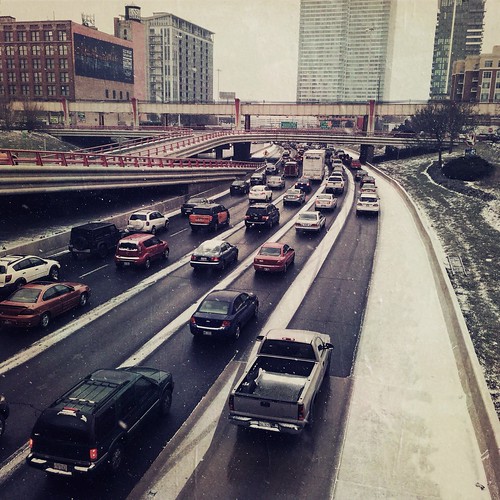 It’s a visionary idea for beautifying Chicago and lifting a community’s property values whose time has never come.

But might it come at last? There’s still an allure here for making no little plans, even if they are arguably unwise.

The idea is the Kennedy Expressway cap, a green oasis that could be built on a deck over the highway as it cuts its swath west of downtown. It would cover that unsightly traffic, diminish its roar and provide open space for a West Loop region that teems with new residents, offices, hotels and restaurants. Think of it as Millennium Park replicated about a mile and a half west.

Capping the Kennedy is a notion that’s been out there for years, always with a dream-like quality to it. It was included in the city’s 2003 Central Area Plan, its first comprehensive look at the downtown region since 1958, and it also was featured in a 2009 “action plan” update that cheerily set a goal of completing it by 2020.

I whole heartedly still support this project 100%! Or more, if possible.

This is especially a good time to discuss it as there is a large development project in this exact location that will probably start work this spring, and last for three years. The developers would probably like to have a park adjacent to their health club/hotel/apartment buildings, maybe they could even have input on the plan and contribute towards it?

As a friend said on Twitter, Chicago covered up lots of railroads, why not highways too? 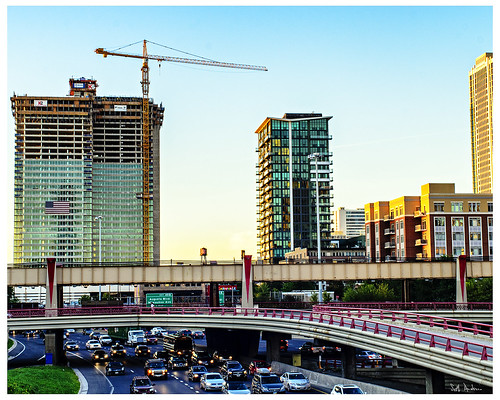 Seems like I’m not the only to think those thoughts:

I was at a meeting last week called by Ald. Walter Burnett Jr. (27th) and the West Loop Community Organization where residents offered comments about a new hotel and apartment tower connected to an office building on the block just west of the Kennedy between Washington and Randolph streets. People liked the project overall, but talk inevitably turned to traffic management and lack of park space for an area that now has many young families. Residents said the closest parks, Mary Bartelme and Skinner, can be overrun.
That’s when Burnett brought up capping the Kennedy. I asked him about it later. He said the project could tap into funds in his ward’s tax increment financing districts that may be close to expiring. “If we don’t use it, we lose it,” he said. “That money has to be distributed back to all the taxing bodies, so let’s use it while we can.’’

Sarver said he still believes in the cap. If the experience of Millennium Park is a guide, the Kennedy cap “would generate billions in tax revenue for the city. It would be wonderful. That stretch of roadway is a real fissure in our city.’’ He said other cities, such as Dallas, have done well by relegating a highway to a tunnel and creating attractive public space above it.

“I think this really would be the kind of project that TIF dollars were intended for,” Sarver said.

The cost? Sarver estimates it at $50 million per block. If you did the stretch between Randolph and Adams streets, that would get you to $200 million. Others may suggest capping only two or three blocks.

The West Loop and Fulton Market has drastically changed in recent time, but there is dearth of greenspace. More greenspace is more better… 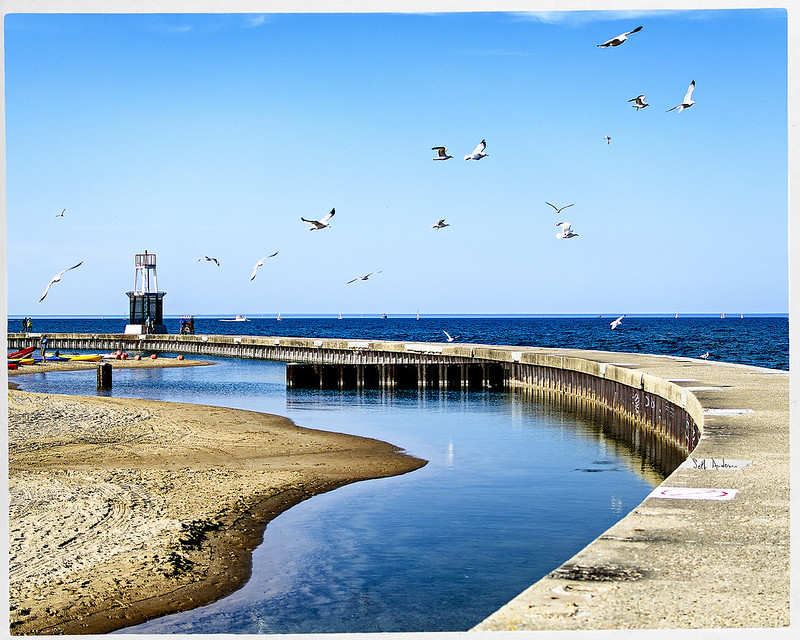 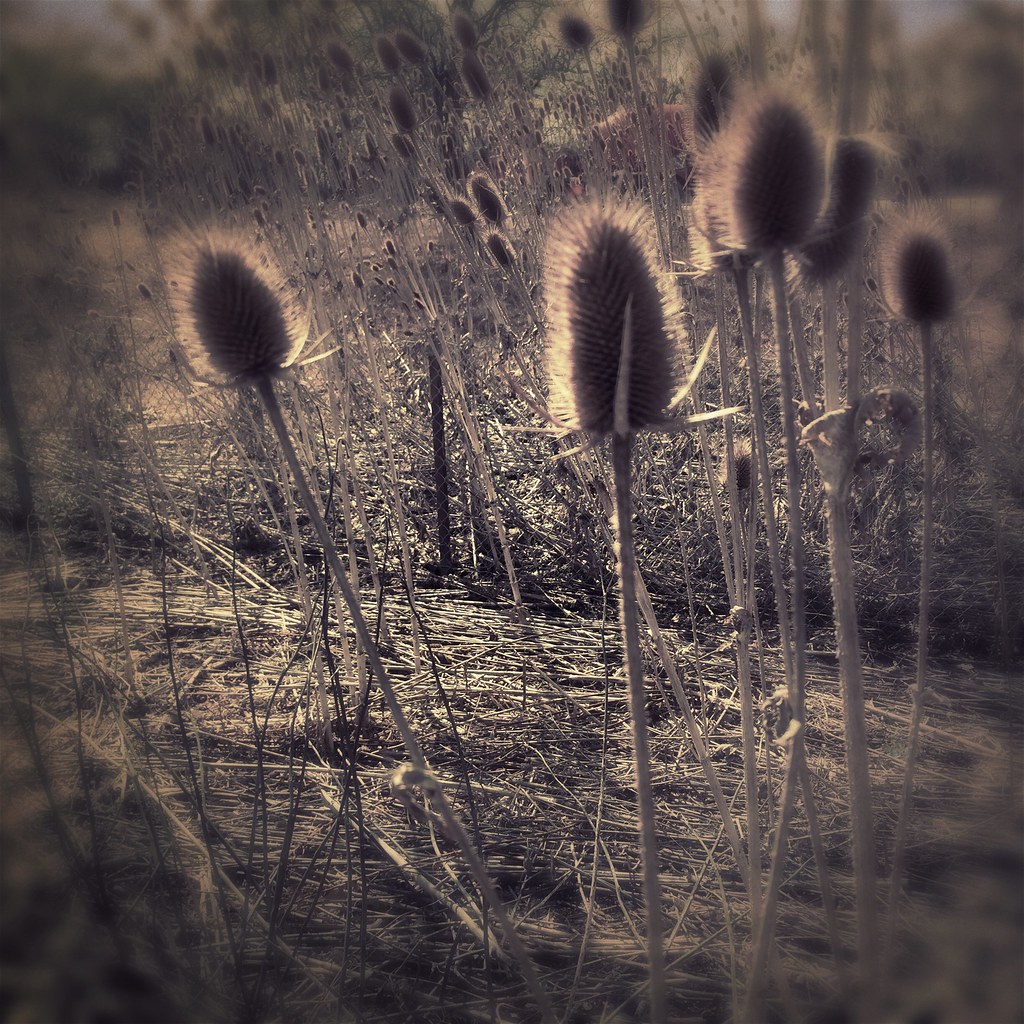 A few of Steinunn Thorarinsdottir “Borders” sculptures in Grant Park.

“Borders” — hosted by the Chicago Park District in conjunction with the Grant Park Conservancy and the Icelandic Ministry of Culture, and sponsored by Bloomberg — will remain through spring, the sculptures looming with pupil-less gazes over park visitors. (Each aluminum piece weighs 180 pounds; each iron piece weighs 440 pounds.) Thorarinsdottir, who sometimes “stands and peeks” at passers-by, said she enjoys watching her art evoke different reactions from people.

And that’s the fundamental idea of this exhibition: Viewers make what they will of it. The pieces can be poked, stroked, cuddled — so long as the art stimulates some kind of mental and physical response, Thorarinsdottir said she considers her mission accomplished.

Her artwork, which took two years to complete, was first installed in 2011 at Dag Hammarskjold Plaza near the United Nations Headquarters in New York. Thorarinsdottir said she consciously placed her figures in that socially and politically charged environment, and her choice to install them in Chicago’s Solti Garden was just as careful and deliberate.

Days before “Borders” was installed, she sat on one of the garden’s benches for hours considering how her sculptures would fit into her surroundings. She recalled listening to the languages spoken by people of all sizes and colors, and she knew she had found her gallery space.

“I wanted the installation to relate to people that wherever we come from, whatever our life experiences, we’re all connected in shape and spirit,” she said. “This garden was my first choice, a natural choice.”

The park, situated just south of the Art Institute of Chicago, provides the intimacy of an enclosed room in an area heavy with foot traffic. The lattice of tree trunks forms the walls, brambly branches netting up into a leafy canopy.

“Some sites are too big, but this garden had a nice body. I like that it forms a natural ‘border’ that the viewer can cross and connect,” Thorarinsdottir said.

Thorarinsdottir purposely left her androgynous figures “neutral.” Some may be sitting, a couple kneeling, others standing, but their faces are left enigmatic. Her Icelandic background influenced her philosophy, she said: “In Iceland, it’s an island with lots of space, very few people, tons of organic nature. So everyone in Iceland gives this feeling that what you are, what you do, matters. We are individuals, but we are also all connected, we are all part of humanity.” 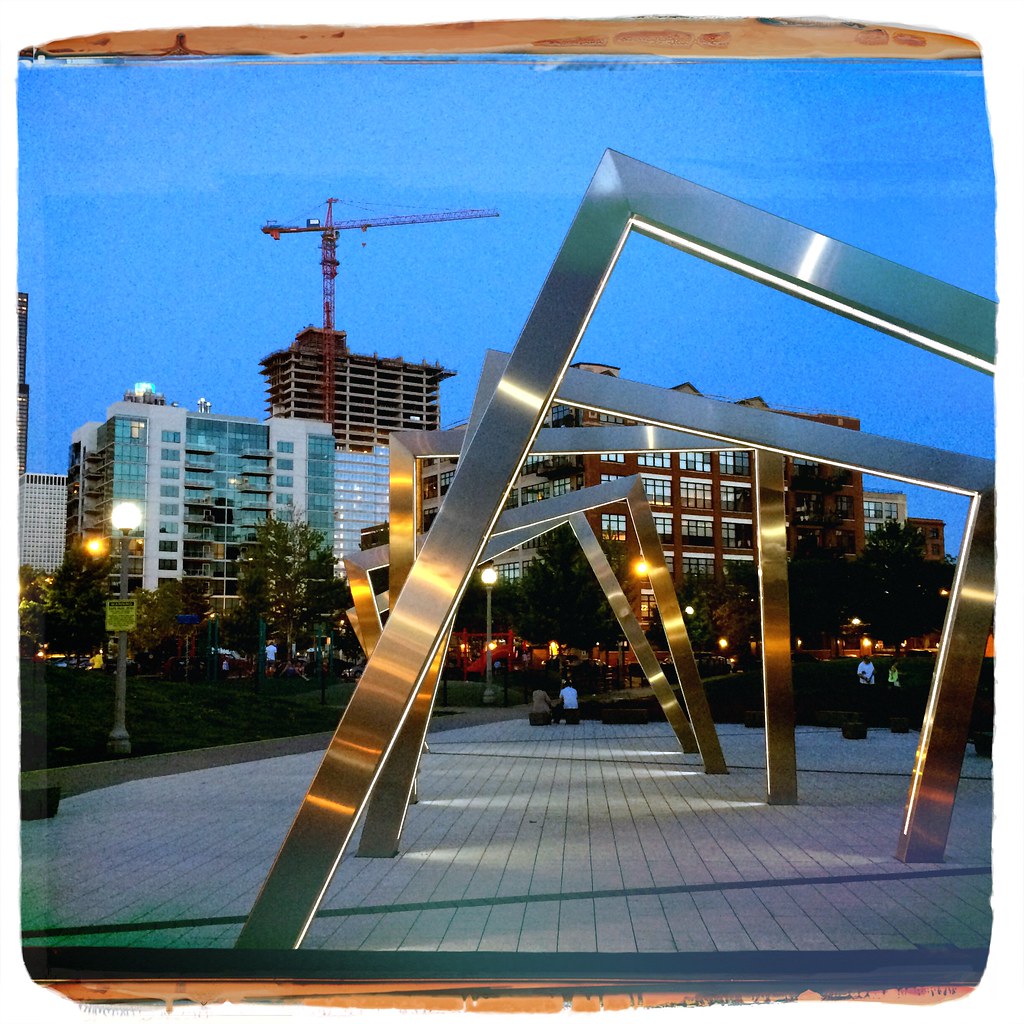 The Nature Center is often described as a hidden gem in the city. But this site was well known to generations before us, and clues to how people used the land can be found here. The wild onion and wild leek growing in wet woods here inspired American Indians to name this area the “land of the stinking onion” which was translated to “Chicago” by European settlers. In the early 1800s, farmers drained the wet areas to plant crops. And in the late 1800s, a tree nursery was established under the ownership of Norwegian immigrant Pehr Petersen. The very successful Mr. Peterson provided all the trees and shrubs for the World’s Fair in 1893, most of the trees in Lincoln Park and up to seven-eighths of all the trees planted in Chicago’s parkways and boulevards by 1910.

In 1911, Chicago acquired the land from Peterson’s family and used 158 acres to create the Chicago Municipal Tuberculosis Sanitarium. This buffer of nature was used to prevent the disease from spreading, and to heal the patients admitted here. Portions of the land were changed into paths, gardens for growing food, fields to play and a pond for recreation. The building that would become the Nature Center was originally the Sanitarium’s dispensary, where certain patients could come to get their medications. Patients were here into the 1970s when the Sanitarium was closed.

In the 1980s, plans were to raze the land and construct strip malls and condominiums. However, community activists rallied against these plans, ushering in the preservation of North Park Village. In 1989, an easement was enacted to prohibit any development of this property and to define how it was to be maintained as a natural area for 75 years. Efforts are being made by today’s community activists to extend this protection into perpetuity.

Now, in a short stroll, visitors can experience a forest, a prairie, wetland and oak savanna. And in the 1980s, a sweet new tradition was begun: the Maple Syrup Festival, which taps into the very trees that Pehr Peterson planted more than a century ago. Eventually, programming and visits to the Nature Center grew with additional events such as the Harvest Festival, Winter Solstice, and City Wilds Fest.

On April 1, 2004 the Nature Center became part of the Chicago Park District. Whether you seek serenity, a place to spot a rare bird, or a place to volunteer your time and talent, visit this oasis of nature in the city – this hidden gem. Shot with my Hipstamatic for iPhone
Lens: Watts
Film: Kodot XGrizzled
Flash: Off