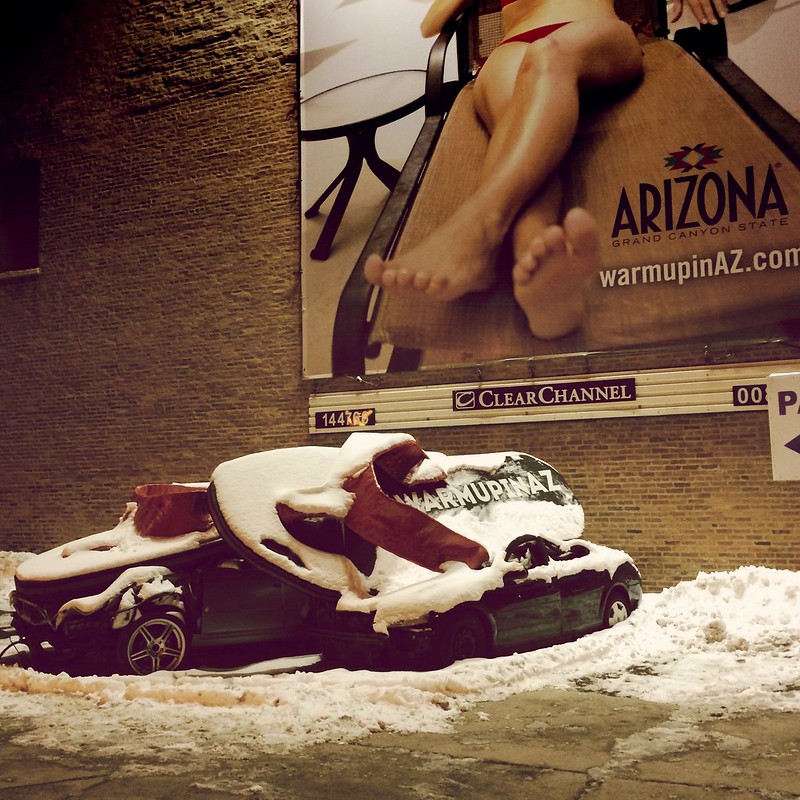 AIC Hotel Group is suing MCZ Development, saying the developer didn’t disclose an air-rights deal for a billboard when the two made a Fulton Market land transaction.

The failure cost the chain an opportunity to build a hotel, according to the suit.

AIC in December bought a parking lot at 600 West Randolph Street from MCZ for $7 million, with plans to build a hotel on the land, the lawsuit contends. But after the deal closed, AIC learned that Clear Channel had an air rights deal that guaranteed a billboard on the building next door would not be obstructed, the suit said.

The billboard deal runs through 2042. The suit claims MCZ didn’t tell AIC about the billboard agreement before the Randolph Street land deal closed, nor was the air rights agreement ever recorded with Cook County.

wow. As an interested observer of this parking lot, I was curious as to why nothing had been built here in the hot Fulton Market area, year after year. Perhaps this is this reason? Presumedly, Clear Channel could sell the rights to AIC Hotel Group for some fee, but perhaps they want more than AIC Hotel Group is willing to spend. 24 years, 12 months a year, how much revenue could one billboard generate? If Clear Channel got $5,000 a month1, that would be $1,440,000. If AIC offered Clear Channel $800,000 cash, would they accept it? I bet this is a solveable issue. 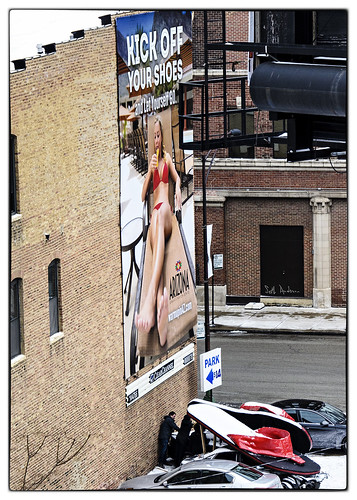 As a parenthetical thought, I miss the website, EveryBlock, as I would have heard of this story before today… 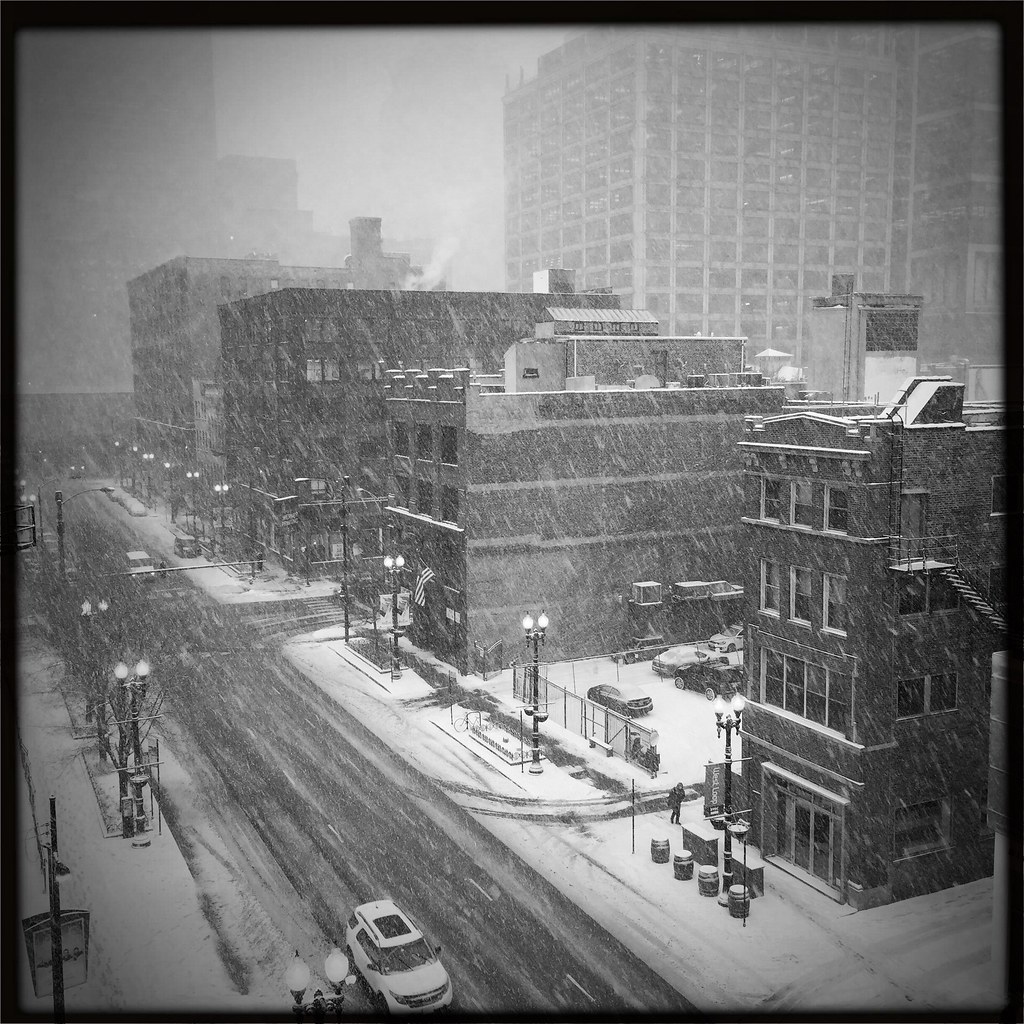 Up to 5 inches of snow to drop during rush hour – Chicago Tribune: “Spin-outs and near white-out conditions slowed the morning rush Monday as a burst of spring snow hit just in time for the commute and could bring as much as 5 inches of snow in some parts of the Chicago area.” —
update: a couple thoughts about this photo being Explored
www.b12partners.net/wp/2012/01/21/snow-day-explored/

Quotation, n: The act of repeating erroneously the words of another.