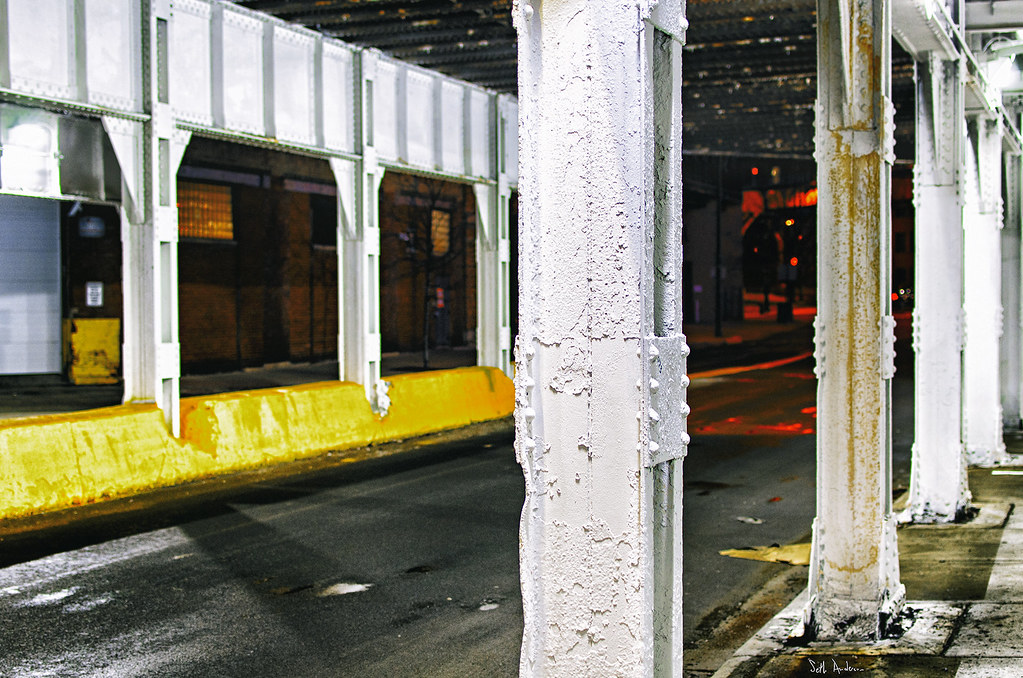 Under the El tracks didn’t really to make these photos emulate Rauschenberg’s white canvas period (encountered a room devoted to them in the new modern wing of the Art Institute of Chicago), but since it happened… From the Rauschenberg wikipedia page:

“In 1951 Rauschenberg created his “White Paintings,” in the tradition of monochromatic painting, whose purpose was to reduce painting to its most essential nature, and to subsequently lead to the possibility of pure experience.[22] The “White Paintings” were shown at Eleanor Ward’s Stable Gallery in New York during October of 1953. They appear at first to be essentially blank, white canvas. However, one commentator said that “…rather than thinking of them as destructive reductions, it might be more productive to see them, as John Cage did, as hypersensitive screens – what Cage suggestively described as ‘airports of the lights, shadows and particles.’ In front of them, the smallest adjustments in lighting and atmosphere might be registered on their surface. Rauschenberg himself said that they were affected by ambient conditions, “so you could almost tell how many people are in the room.”