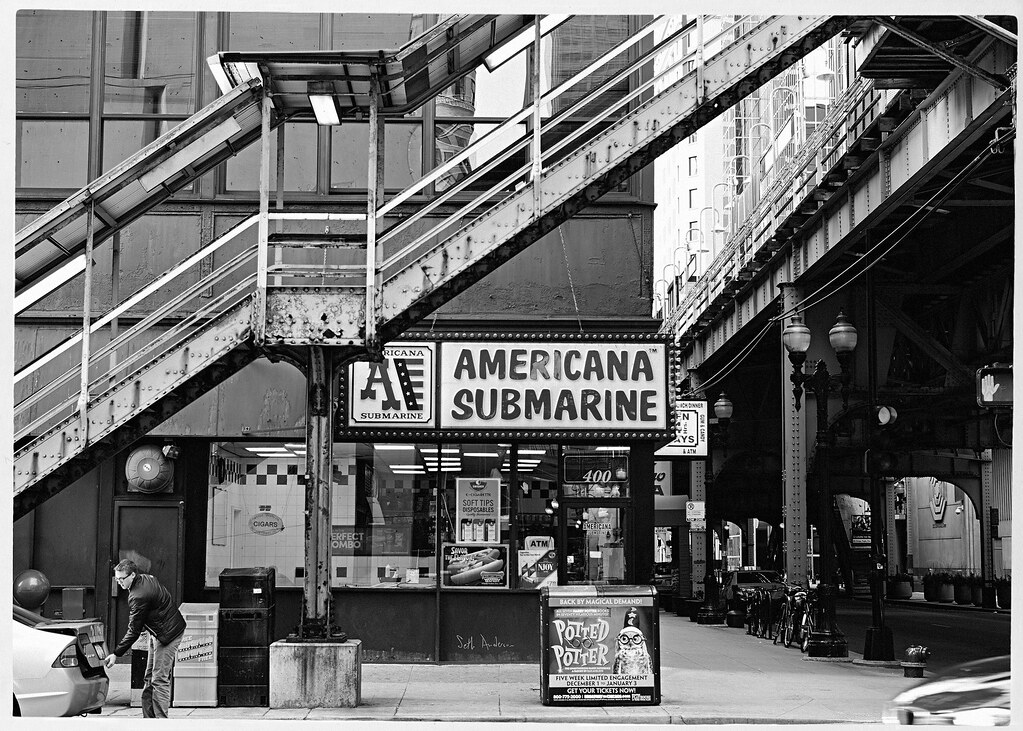 Clark and Van Buren, under the El tracks I trust White Way Sign will survive this bankruptcy, I couldn’t imagine Chicago without White Way Signs populating our common urban space, nor my Flickr feed either…

White Way Sign, a century-old company behind some of the most historic signs in Chicago, has filed for Chapter 11 bankruptcy protection.

The family-owned company has had a hand in everything from the landmark Chicago Theatre and Wrigley Field marquees to the U.S. Cellular Field and United Center scoreboards, iconic signage that has helped define the city’s image and evolution.

Marathoners race past the Chicago Theatre. White Way Sign didn’t build the original Chicago Theatre sign, but it fabricated and installed the most recent version of the canopy within the past decade, according to the company. (Nancy Stone, Chicago Tribune) The company moved from Chicago to Mount Prospect in 2007, and recently has focused more on maintenance than manufacturing after divesting its North Clybourn Avenue facility. The filing Wednesday in U.S. Bankruptcy Court in Chicago lists less than $10 million in assets and up to $50 million in liabilities.

“We expect to survive this,” said Jim Morgan, a Chicago bankruptcy attorney representing White Way. “We just need to retool and we will continue to provide the same service.”

White Way Sign was founded in 1916 by Thomas Flannery, an Irish immigrant who started the company by servicing electric signs. It made its mark by fabricating and maintaining marquees for such theaters as the Chicago Theatre and the Oriental Theatre. The company took its name from the New York theater district, which was known as the Great White Way for its brightly lighted marquees.

A few examples of White Way Signs I’ve snapped photos of over the years: 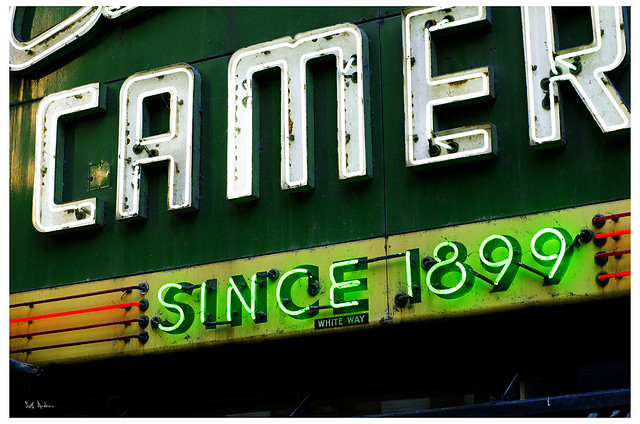 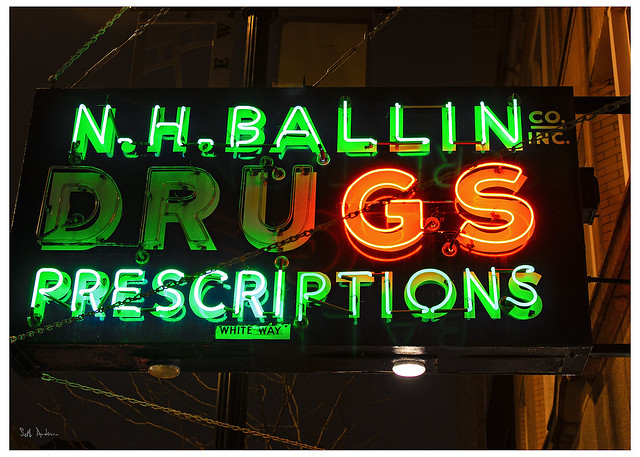 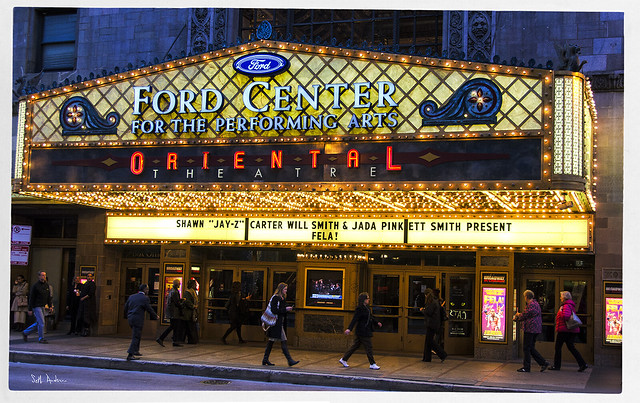 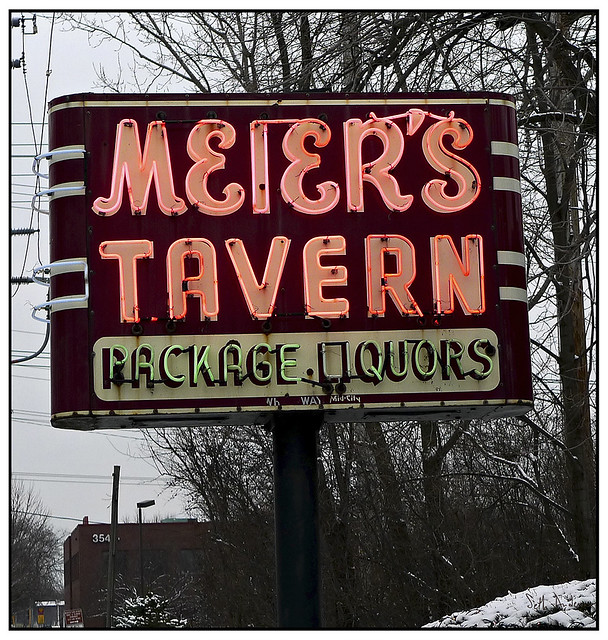 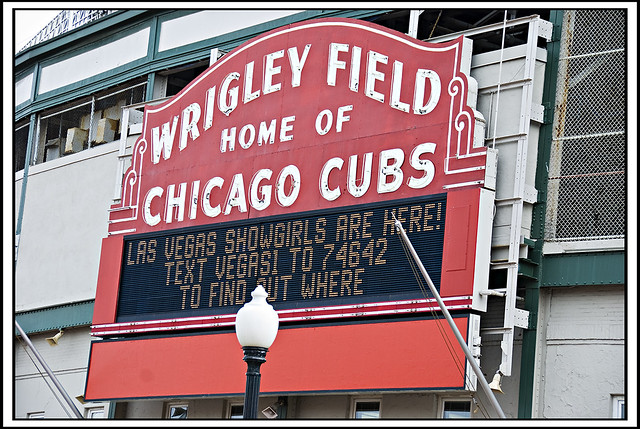 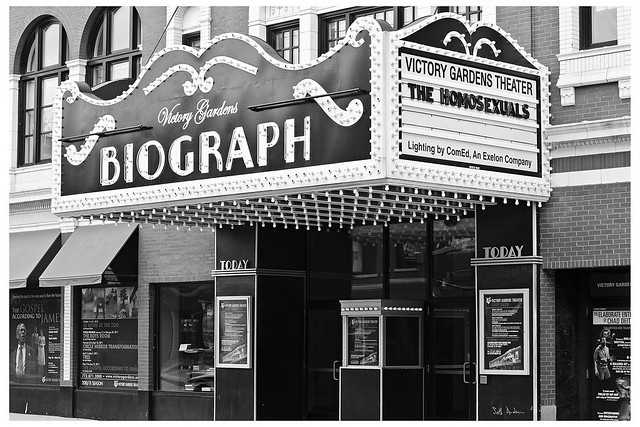 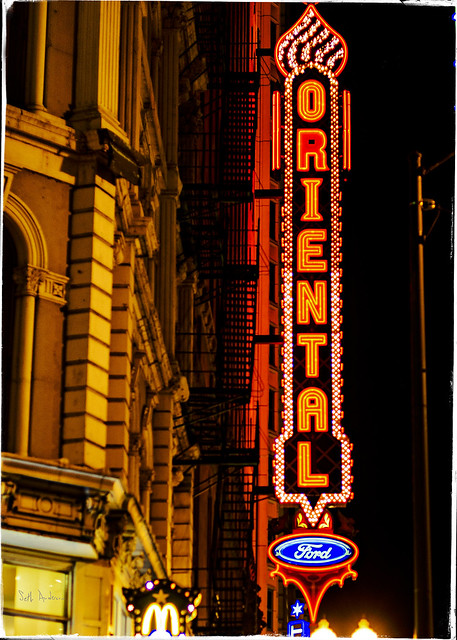 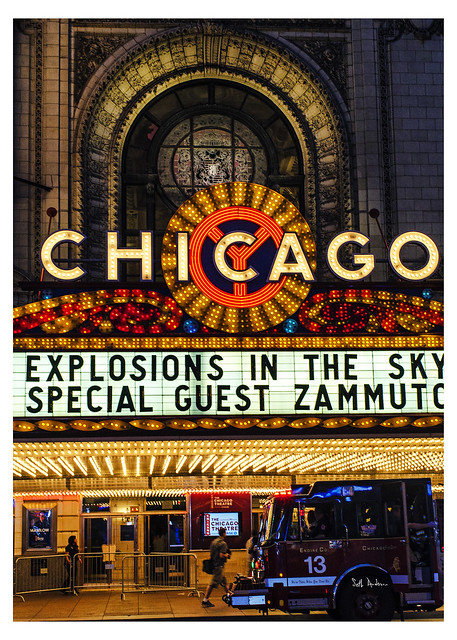 Explosions In the Sky 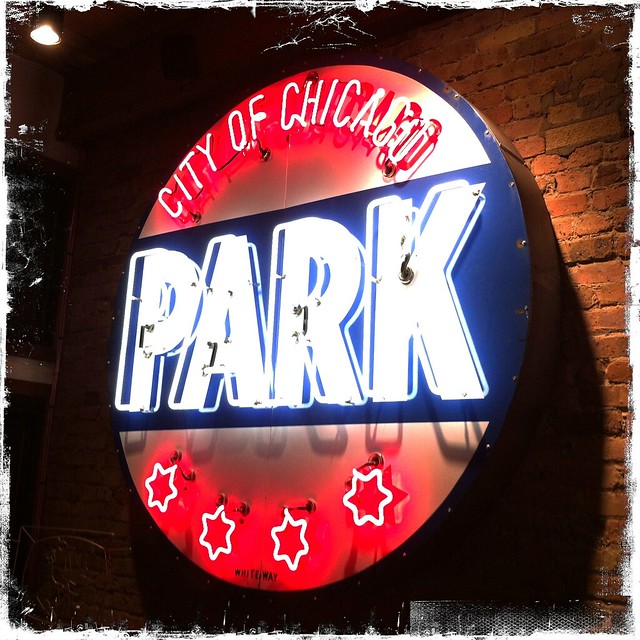 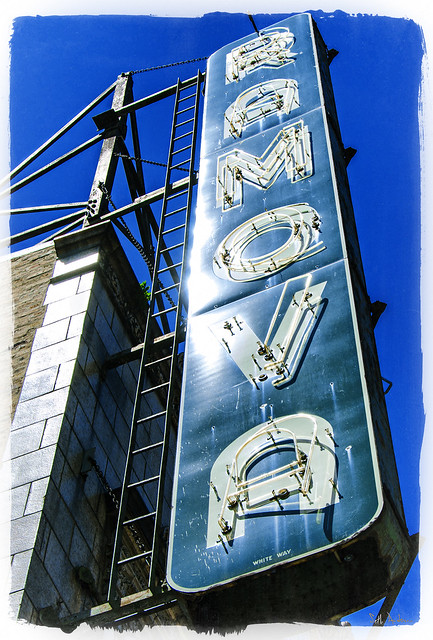 There are probably more White Way Signs photos in my Flickr Signs Album, but you get the idea… 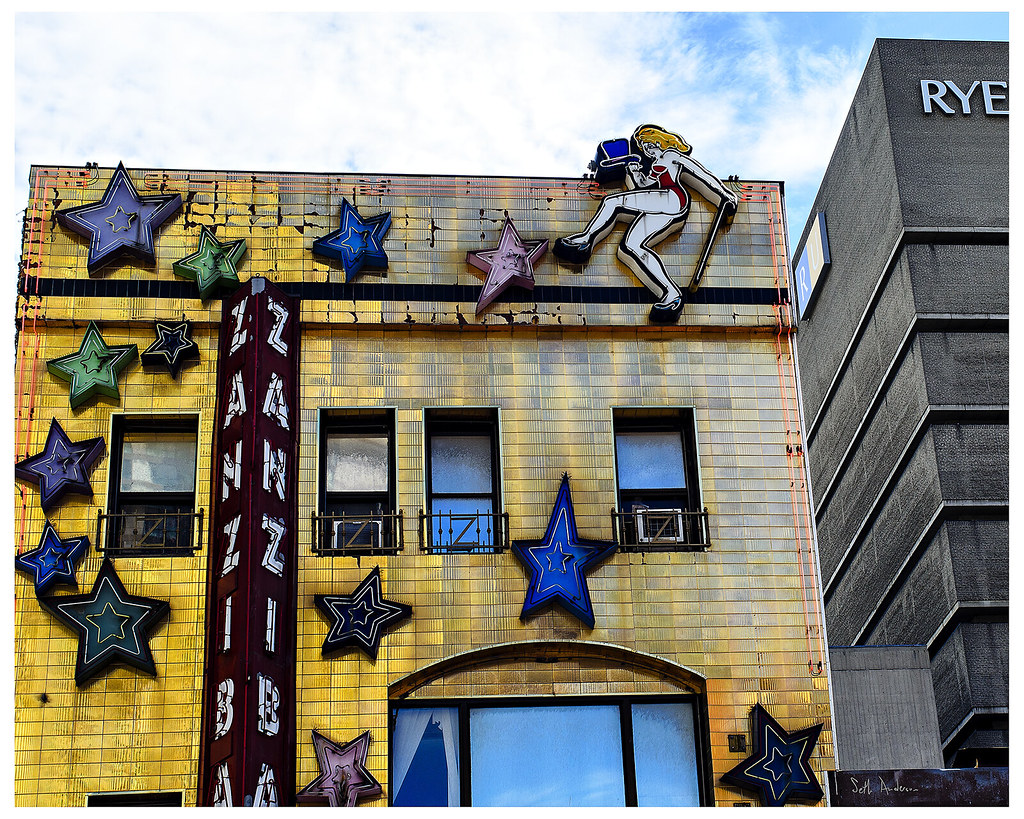 Wacker and Michigan. More tasteful than the Trump Stamp Goofing around with Analog Efex Pro.

The original was opened in 1938, per Wikipedia but this is a revamped version. I actually only used their bathroom facilities… 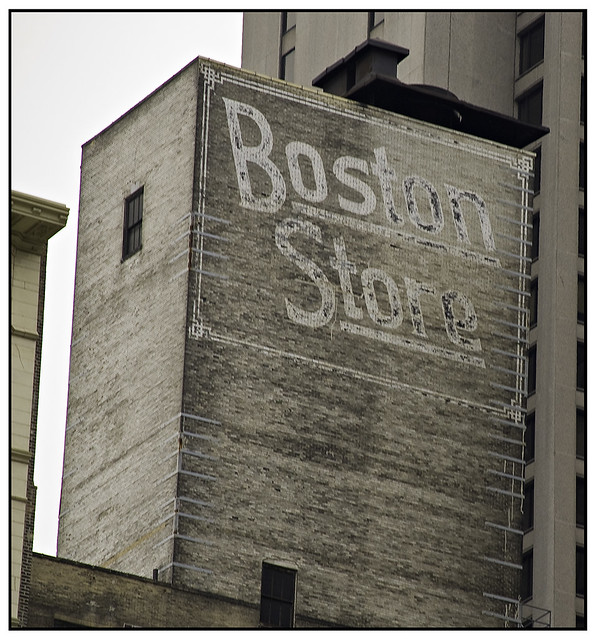 My photo of Boston Store used here, sans credit. I don’t care, much, because there are a lot of fun photos here. Though, it is unfortunate that this dude didn’t give credit to most of the photographers who took the photos. South of the Loop